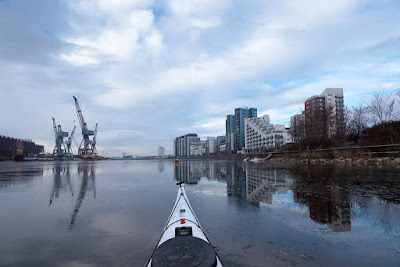 Downstream of the River Kelvin the south bank of the Clyde is dominated by the cranes of the Govan shipyard. The north bank is crowded by modern high rise flats that tower above Meadowside Quay. They have replaced the four huge brick built grain elevators that were built here from 1914 to 1968 to store grain imported from the American prairies. 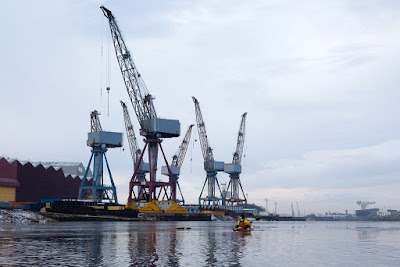 The shipyard at Govan was originally Fairfield's but is now part of BAE Systems. The yard specialises in building and assembling modules for warships. Currently it works with a yard in Portsmouth and the other BAE Systems yard at Scotsoun, further down the Clyde, to build Type 45 destroyers for the Navy. 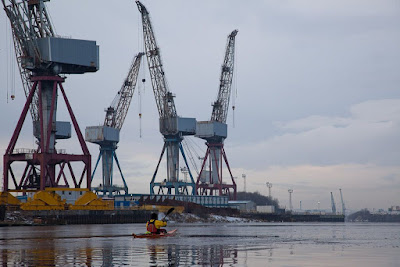 Jim works in the Clyde shipbuilding industry and it was most interesting to hear from him, the function and history of each part of this huge yard. Until 2007 this view would have been dominated by one of the Clyde's five Titan cranes. It was built in 1911 by Sir William Arrol and at the time was the biggest crane in the World. It was demolished to make way for the building of modules for two huge new aircraft carriers. 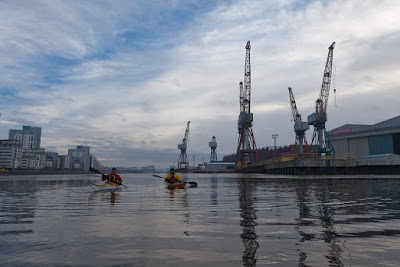 Looking back up the river, we reflected upon its past. The Clyde was one of the seminal centres of the Industrial Revolution and it led the World in shipbuilding. By the start of WW1, annual production reached 750,000 tons of ships and that represented 20% of World launches. Now there are only three yards left on the Clyde. 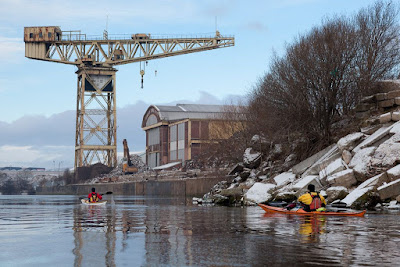 We crossed to the north side of the Clyde and arrived at Diesel Wharf in Scotstoun. 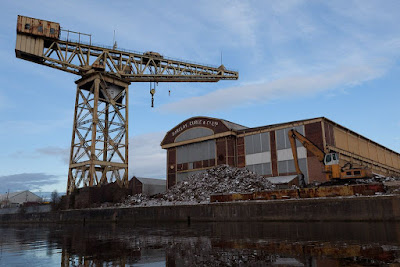 This was the site of the huge Barclay Curle shipyard. All that is left is another Titan crane and the engine shed. The crane was built in 1920 by Sir William Arrol. It was used to lift engines through the sliding roof of the engine shed and into newly launched ships, which were tied alongside the wharf. This crane was the model for the Meccano hammerhead crane. During the 20th century 42 Titan cranes were built across the World and Arrol's built 40 of them. 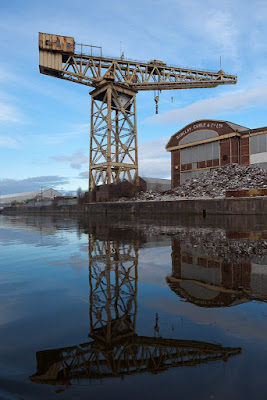 Although the shipyard closed in 1968, the engine works continued until 1977. The shed now houses an industrial estate and the crane was last used in the 1990's to load a ship with heavy machinery constructed by one of the tenants. Nowadays the wharf is piled high with scrap metal, for export to somewhere in the World where they still build things.
Posted by Douglas Wilcox at 9:25 am No comments: