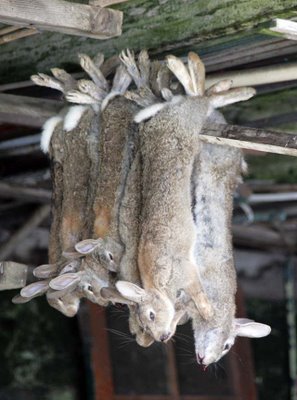 The rural idyll of Canna, which is one of the four "Small Isles" in the Inner Hebrides, is about to reverse a population decline. The National Trust for Scotland owns the island and is advertising for two new families to join the fifteen strong resident population. The Trust has received over 350 applications from all over the world! 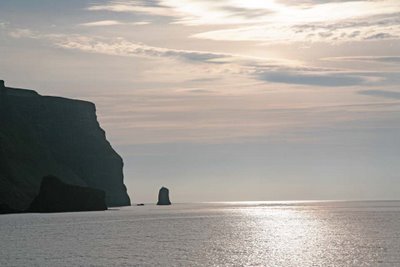 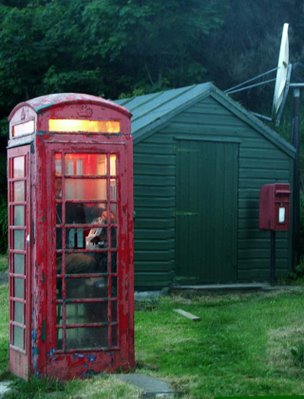 Being handy with tools is a necessary attribute for any incomer. The island's post office, telephone box and satellite telephone link are all powered by a genertator just along the road at the farm. It breaks down quite often. 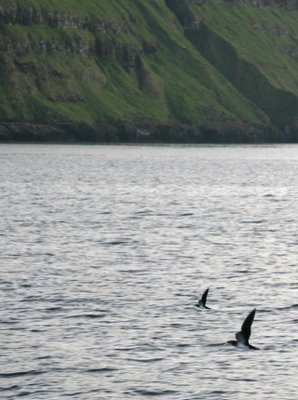 Humans are not the only inhabitants who are returning to the isle. Manx shearwaters (pictured above off the north coast of Canna) have now returned to breed after the island's rats were exterminated in a similar exercise to that on Ailsa Craig.
Posted by Douglas Wilcox at 9:40 am No comments: