A fishless lunch on Eileach an Naoimh 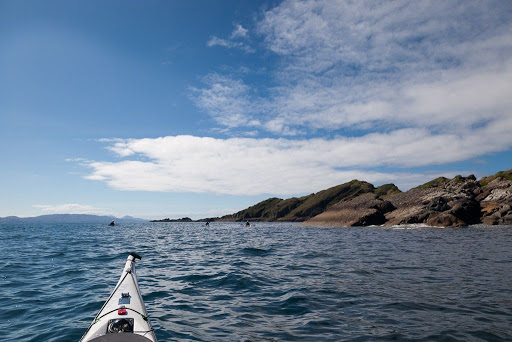 We slipped through a gap in the reefs through to the SE side of the Garvellachs. I fell behind the others to drop a mackerel line over the side. I very quickly caught a good sized one but when I pulled it in it was just a head! It had been very neatly bitten off at the gills by a seal that was following us. I gave up on the idea of mackerel for lunch. :o( 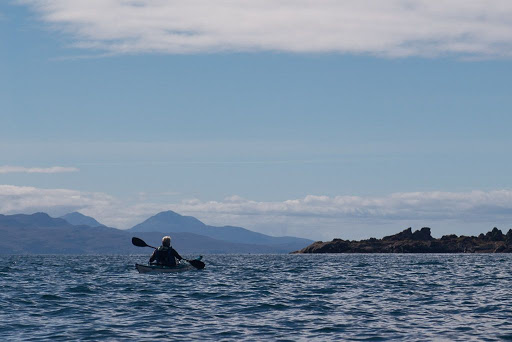 The magnificent Paps of Jura dominated the horizon to the south... 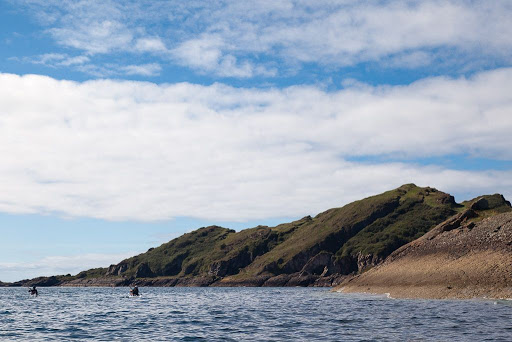 ...while we made our way past the barnacle encrusted reef of Sgeir Leth a' Chuain towards the sloping SE side of Eileach an Naoimh... the rocky isle of the Saint. 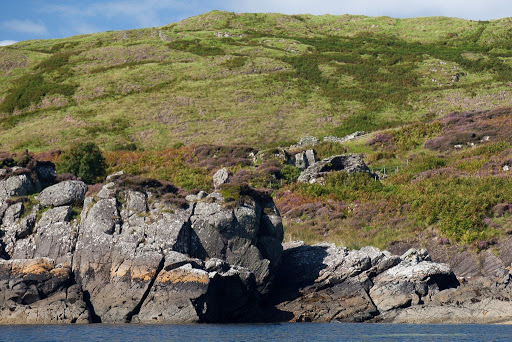 We passed under the Clochain, a pair of ancient beehive cells where monks from the monastery retreated to pray. 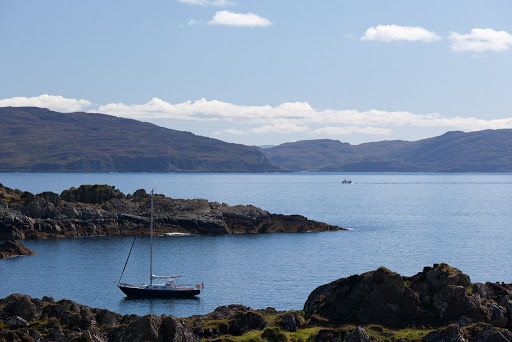 From the landing spot, we climbed up to a little platform beside the monastery, which had a great view over to the Gulf of Corryvreckan, which lies between Scarba and Jura. Even from this distance we could see the swell breaking on the exposed SW coast of Scarba. 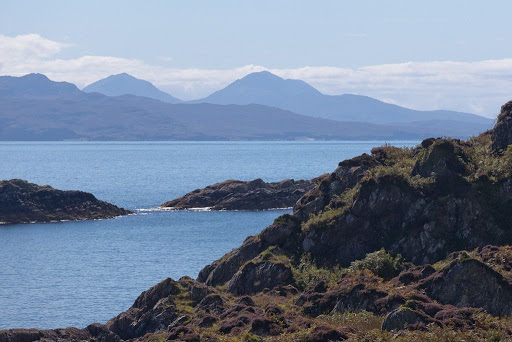 The view to the south towards the Paps of Jura showed that the monks must have enjoyed the scenery while meditating. 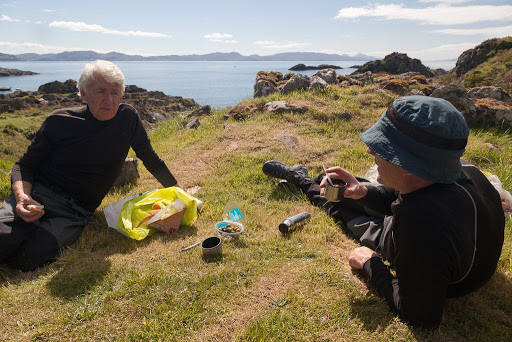 We too attempted to meditate, while enjoying our fish-less lunch. However, we were subjected to a most ferocious midge attack in the midday sun. Don't these midges play by the rules? Either monks were very thick skinned or the beehive cells were midge proof. If they were stuck in these windowless cells for months on end, maybe they didn't enjoy the view after all!
Posted by Douglas Wilcox at 9:46 am 2 comments: