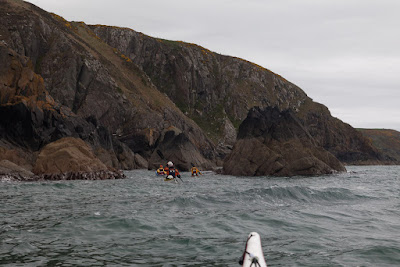 We had been paddling along the remote Rhinns of Galloway peninsula for what seemed ages. Our stomachs were groaning with hunger pangs. 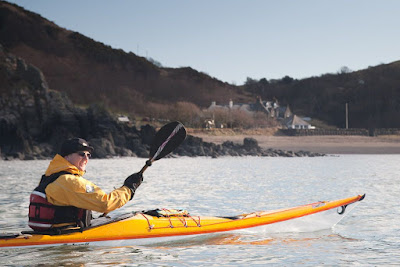 At last we came across a break in the previously relentless rocks, Port of Spittal Bay. We have several times passed this spot without stopping. There appeared to be a house standing a little way back from the beach. We started drooling with the thought that perhaps we could beg some morsels of food. 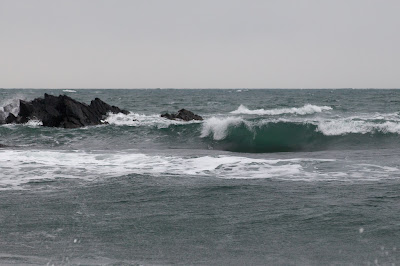 On this cold January day, the North Channel tide race was pumping on the horizon. There was a little shore break in the bay... 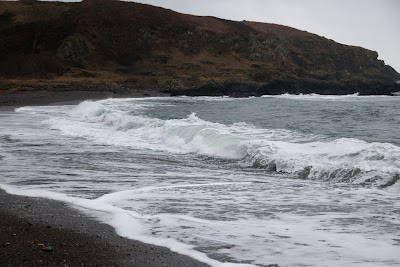 ...and it was good to feel our feet on the beach of coarse, grey sand and shingle. 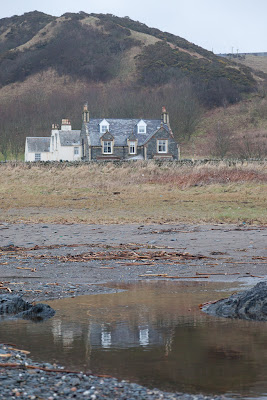 Weak with hunger, our faltering steps took us up the beach towards the isolated house... 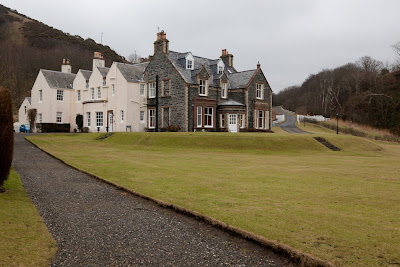 ...we opened the creaking door and stepped inside. We were warmly greeted and told we were to be the only guests at the Knockinaam Lodge hotel that night. We were told a previous resident had been Sir Winston Churchill, who held several secret meeting here with President Eisenhower during the dark days of WW2. 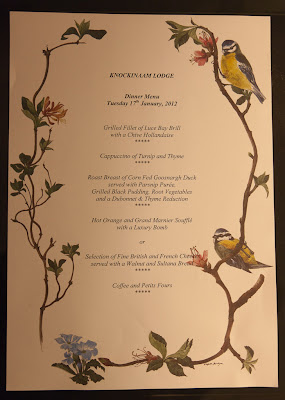 Even better, we discovered that the hotel has a restaurant (though it only has a solitary Michelin star). Despite there just being just the two of us, Tony Pierce the chef, put on the full menu. We dined exceptionally well that night then slumbered in the warm, comfortable room with the waves crashing on the shore as a lullaby.
Posted by Douglas Wilcox at 3:47 pm 5 comments: