Like a bat out of hell on the Clyde. 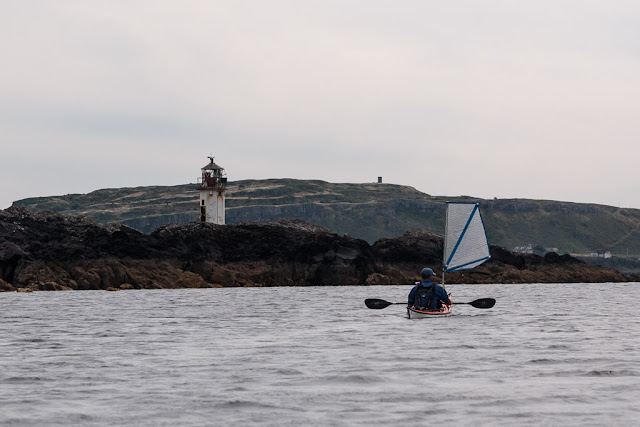 We left Glencallum Bay on Bute with a view of four lighthouses. The nearest was Rubh' an Eun but we could also see three lighthouses on Little Cumbrae on the other side of the channel. The one on the summit is the oldest. Lower down, the one which is immediately to the right of the sail, is the eighteenth century Stevenson light and the one further to the right is the current 20th century light. 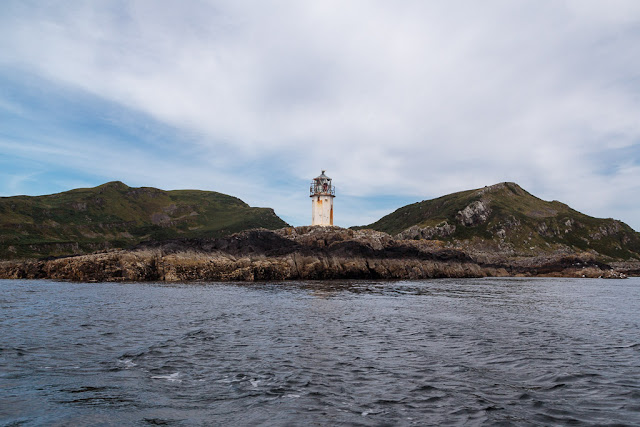 Rubh' an Eun is effectively the Garroch Head lighthouse which guards the entrance to...

... the inner Firth of Clyde which stretched away northwards to the Arrochar Alps on the horizon. 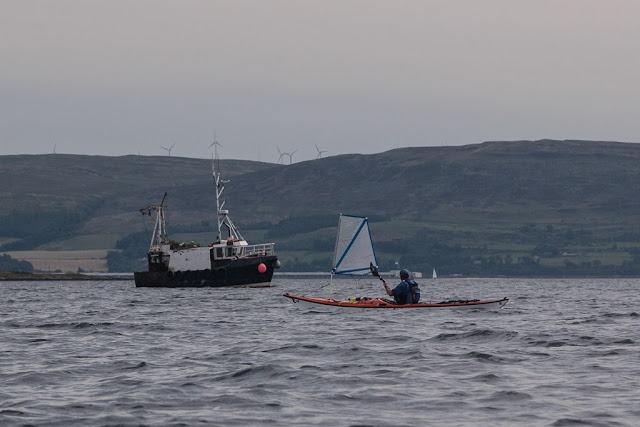 On the crossing we kept clear of the prawn trawler Eilidh Ann GK2 was chugging down the channel while towing her trawl.

Soon Garroch Head on Bute lay far behind us as we approached... 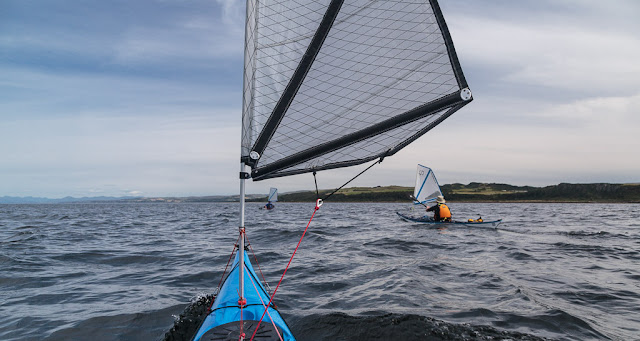 ...the west coast of the Great Cumbrae. We were pleased to get across the main channel  before this...

...submarine and her three escort vessels came down the Clyde from the nuclear submarine base at Faslane. I think she is a Trafalgar class attack submarine.

Their escort duties over, the two RHIB's raced back to Faslane with Meatloaf's "Bat Out of Hell" blaring from their Tannoy system. 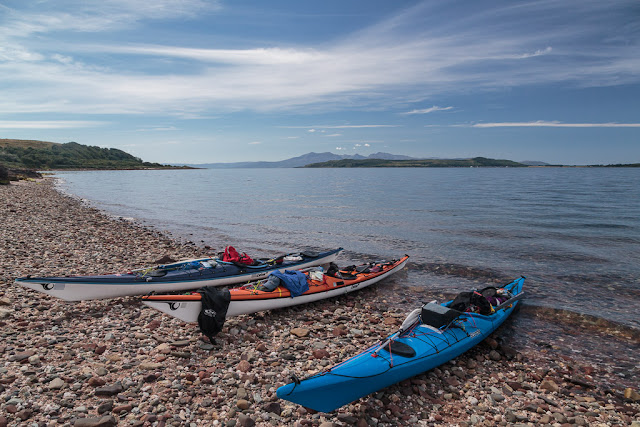 After all the excitement, it was a relief to land on Fintray Bay on the Great Cumbrae for a leisurely second luncheon.