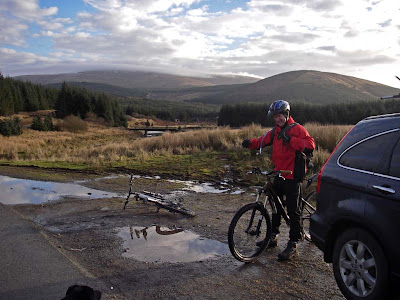 The weather has not been particularly conducive to sea paddling this weekend so Tony and I decided to go for a little bike run in Galloway instead. We planned to cycle over Windy Standard, a 698m hill in the Carsphairn Forest. 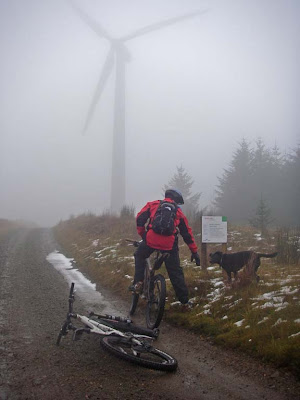 The clear sky of the morning gave way to mist and sleety rain. As we climbed through the clouds we heard a "whoosh whoosh whoosh" long before we saw the wind farm. It was quite surreal cycling along at above 600m in height with 36 turbines all round us. Windy Standard currently generates up to 21.6 megawatts but another 30 turbines are planned. My legs could have done with some of that power. 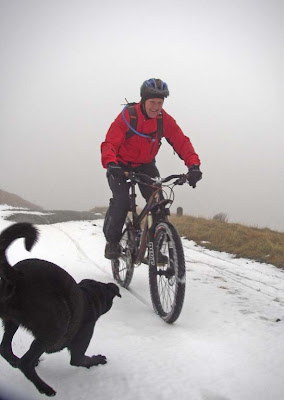 We got up to 685m which was above the snowline. Bob the dog had never seen snow before. 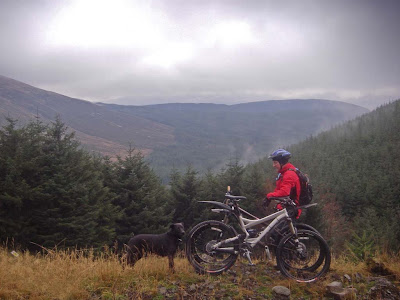 We needed to stop for a breather, below the cloud line, after a white knuckle descent. 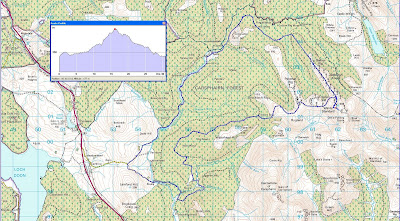 We did 31km and ascended a total of 940m in just under 4 hours. I was quite pleased with that!
Posted by Douglas Wilcox at 8:54 pm No comments: