All quiet at Dunstaffnage 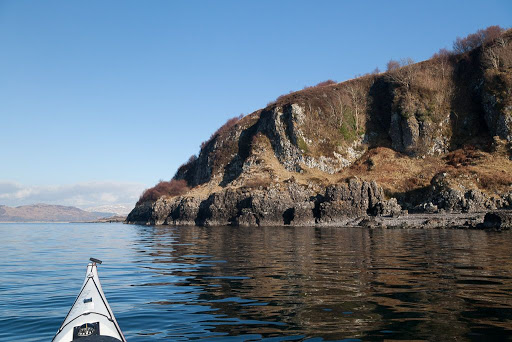 Leaving Ganavan Bay the conglomerate rocks of Ganavan Hill tumble steeply into the sea. Silver birch cling to the steep slopes and survive on ground that is too steep for sheep to get at their seedlings. 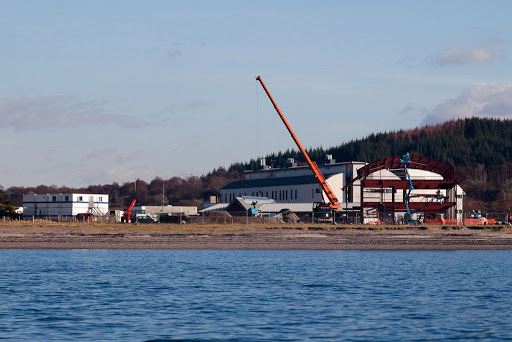 Rounding a headland a strip of low lying ground links Ganavan Hill to an isolated hill called Chapel Hill which was once probably an island. On the flat ground, the modern buildings of the Dunstaffnage Marine Laboratory of the Scottish Association for Marine Science are being extended with the construction of a new teaching building. 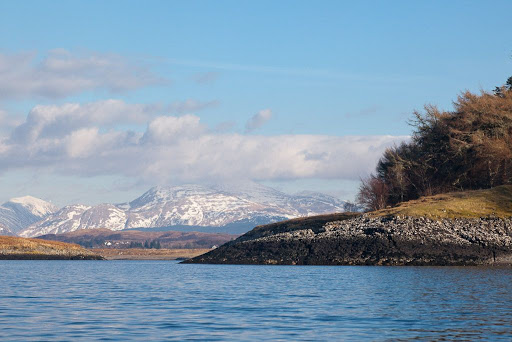 We had now reached the point in our voyage where we turned east through the gap between Rhuba Garbh to the north end of Chapel Hill and the island of Eilean Mor. In the distance the snow covered slopes of the Benderloch mountains rose into patches of drifting cumulus clouds. 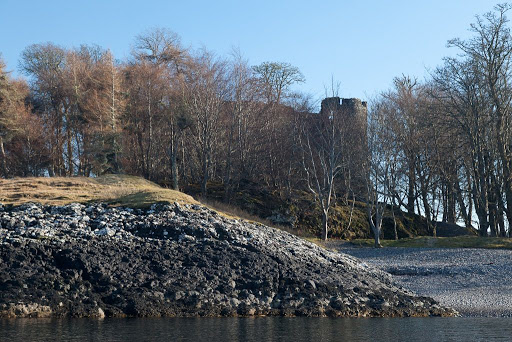 Through the trees, at the back of a delightful gravel beach, we could just make out the grim curtain walls and towers of Dunstaffnage Castle . The name has mixed Gaelic and Norse origins, Dun means fort in Gaelic and staffnage is derived from "stafr nis", staff headland in Norse.

There has been a fortification for at least 1500 years. In the days of sea communication, this site, at the junction of Loch Etive, the Firth of Lorn, the Sound of Mull and Loch Linnhe, had incredible strategic importance and the castle walls would not have been hidden away in trees. They would have dominated the landscape from every direction. Dunstaffnage was the capital of the ancient kingdom of Dalriada, which was founded by the Scots, who came to this coastline from Ireland. They brought with them the Stone of Destiny, upon which their Kings sat to be crowned. The stone reputedly came from the Holy Land via Ireland and Iona to Dunstaffnage. It was moved inland to Scone Palace in 843 with the advent of Viking raiders.

Most of the current castle was built in the early 1200's by the McDougall clan, who paid homage to King Hakon IV of Norway. In 1249 Alexander the II of Scotland assembled a fleet in Oban in order to seize Dunstaffnage as part of a campaign to regain control of the Western Isles from the Vikings and their allies. He died unexpectedly on the island of Kerrera and the attack was aborted. Unfortunately for the MacDougall's the respite was short lived. Dunstaffnage was captured after a siege by King Robert the Bruce in 1309, after the MacDougalls had backed his rival John Balliol. In 1470 it was transferred from the Royal estate to the Cambell clan. 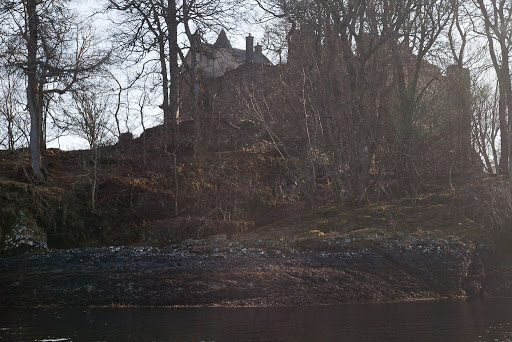 A little further round, we could see the more modern addition to the castle, the Gatehouse, which is still the occasional private residence of the Captain of Dunstaffnage. The rest of the castle is open to the public for a small charge to Historic Scotland who now care for it. 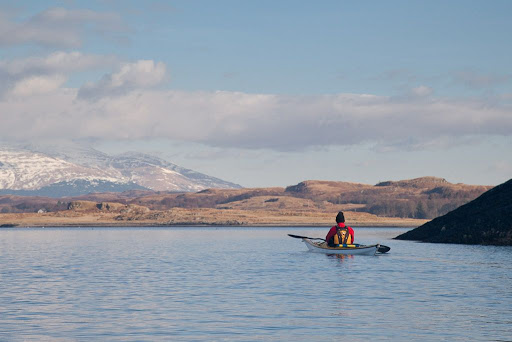 Nowadays Dunstaffnage is a quiet backwater and we drifted past the castle in peace, to enter Loch Etive.
Posted by Douglas Wilcox at 11:17 am No comments: