Life and Death on St Kilda 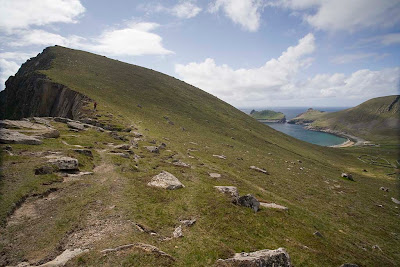 From the Gap below Oiseval on the NE coast of Hirta I turned my back to the sea and the wheeling fulmars. I made my way back down to the village. 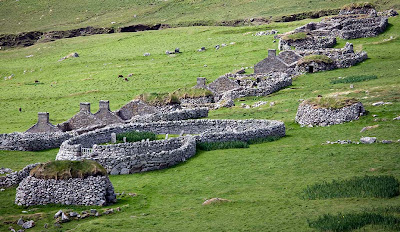 From above I could see that what I had thought was a vegetable enclosure behind the village, is actually the burial ground. 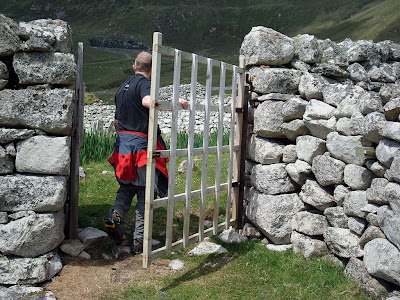 It is the site of the ancient Christ chapel though no trace of it remains.
Photo JLW 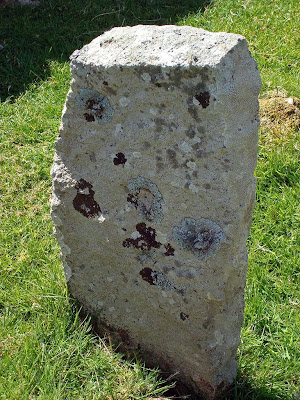 Most of the grave stones are rough hewn with no inscription.
Photo JLW 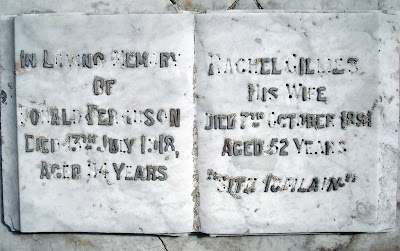 Others are more elaborate and carved from imported stone, a sign that the Victorian St Kildans' contact with tourists had given them access to money.
Photo JLW 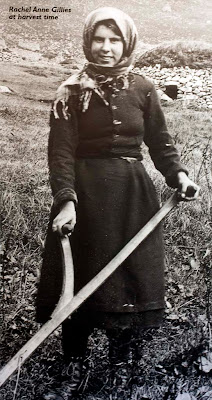 Although this was the remotest inhabited part of the British Isles, its very remoteness attracted wealthy Victorian tourists. They have left a photographic record of the islanders from about 1860. This is Rachel Gillies, whose grave stone is in the photo above. This photo is in the island museum. 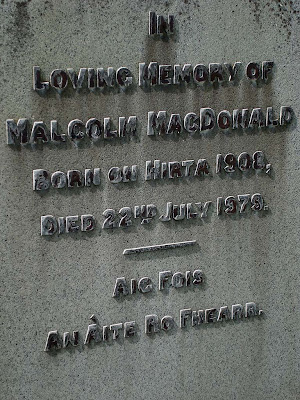 Some of the gravestones are quite recent. Malcolm MacDonald left the island in 1924 and spent most of his life in London. He always missed the island home of his youth. He visited St Kilda again in 1967 and found it very hard to leave for a second time and return to London.
Photo JLW

His name, and that of his father, is still just legible on the faded pupil roll in the school house.

Malcolm did make one final trip to St Kilda. His ashes were buried next to the remains of his ancestors. It is likely to be one of the last internments on this island, at the edge of the world, which was inhabited for thousands of years but now stands silent, as a museum to the past.

For a moment, as the wind blew round the walls of the burial ground, I thought I could hear distant voices. But it was only the cries of the sea birds and I turned back to the village street.