3,000 sea kayaks behind Ailsa Craig, but all was quiet. 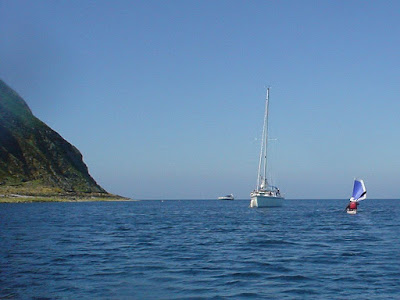 Photo Phil Toman
Setting off anticlockwise round Ailsa Craig, we passed a yacht and a motor cruiser. 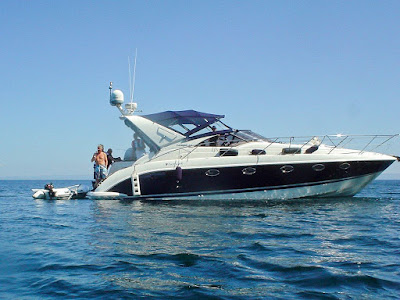 Photo Phil Toman
I don't know who was more surprised, them, seeing our puny little sea kayaks (with no engines) so far offshore, or us, by the size of their bottle sized wine glasses! Mind you the wine would be the least of their expense. This Fairline Targa 44 comes with a choice of twin 370hp or twin 435hp diesels and would cost about half a million quid, for the basic version. Yikes, that's at least 3,000 sea kayaks!

We approached the north fog horn... 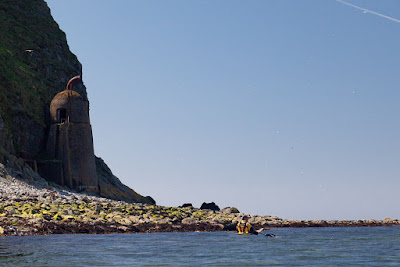 ..and were dwarfed beneath its long silent and now rusting trumpet. 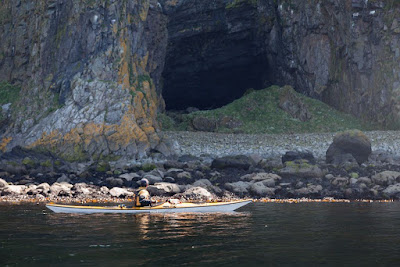 The dark mouth of Swine Cave was devoid of  pigs and no grunting or squealing echoed from within. 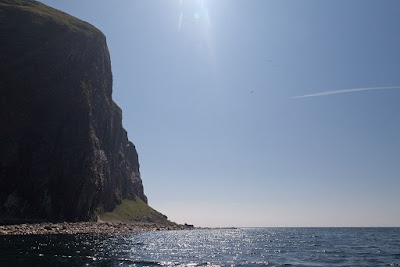 We continued under the dark, sunless and overhanging rocks of the Eagle's Seat... 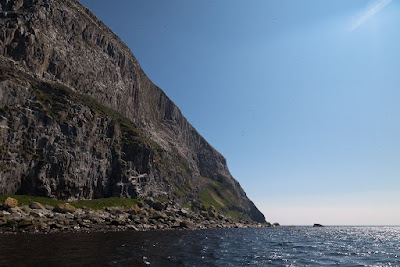 ...until we emerged into the sun and our eyes, ears and noses were about to experience one of Nature's wonders!
Posted by Douglas Wilcox at 4:34 pm 2 comments: