The graveyard on Inch Kenneth 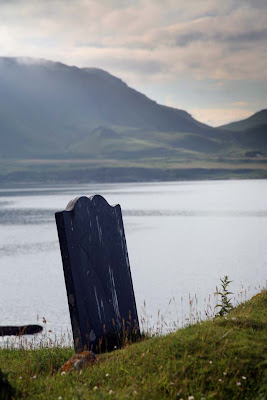 As we roved among the isles of Mull's west coast, we found ourselves following in the wake of Johnson and Boswell. Like them, we ended up on the idyllic isle of Inch Kenneth. Unlike the other isles in this area, which have thin poor soils over basalt, Inch Kenneth is fertile as a result of differing geology. The cliffs on its western edge are composed of conglomerate but there is a dip in the land towards the east and the rocks here seem to be limestone (I hope Clark will be able to correct this). Whatever, the result is that the island is covered with deep fertile soil. In the past this island exported food to Iona. It is named after Kenneth who was one of St Columba's followers. 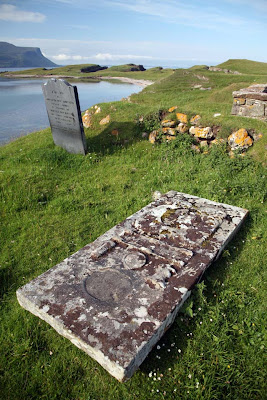 The depth of the soil also meant that it made a suitable burial ground. Like Johnson and Boswell we wandered through the gravestones enjoying a sense of peace and timelessness. 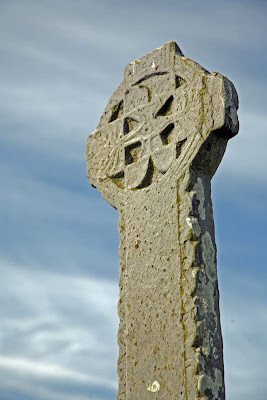 They had admired this beautiful 15th century Celtic cross and our hands felt the warmth of its stone in just the same way as theirs. 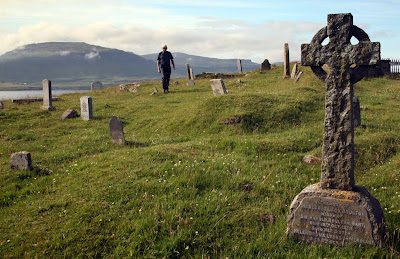 Since there time there have been further internments. This is the grave of Margaret Boulton, who died in 1938. She was the widow of Sir Harold Boulton who owned Inch Kenneth and who wrote "The Skye Boat Song"
Posted by Douglas Wilcox at 9:56 am 8 comments: