Portents of spiders and the early buds of March. 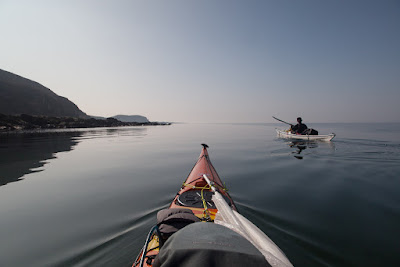 We made landfall on Arran under the slopes of Torr Righ Beag. 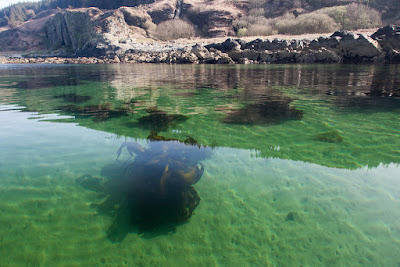 The still waters were sparkling clear as we made our way... 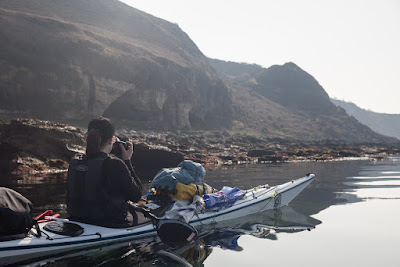 ...south along the Arran coast towards the King's Cave in which a defeated Robert the Bruce was hiding from the English during the winter of 1306/07. In his despair he watched a spider repeatedly trying to spin a web across a gap and finally succeeding. This gave him inspiration to continue the struggle for Scottish Independence and the major victory at the Battle of Bannockburn in 1314. 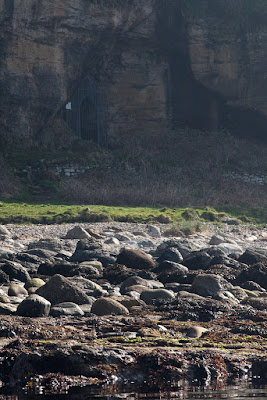 All round Scotland and Ireland many caves claim to be the King's Cave... 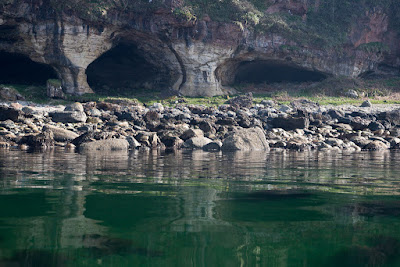 ...but this one certainly has a setting fit for a king: a sea view and a choice of rooms to boot. 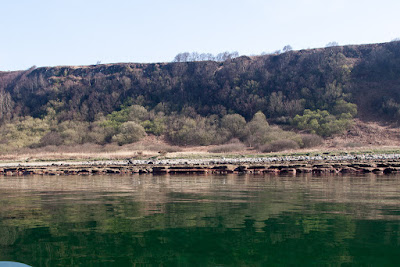 As we left the caves, we paddled below cliffs that were bursting with early March buds. It is a pity that the promising heat in March has been followed by such cold windy and wet weather in April and May.


Posted by Douglas Wilcox at 10:07 am No comments: