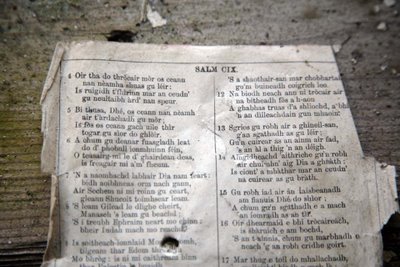 In a recent post I mentioned the remote island of Scarp off the west coast of Harris in the Outer Hebrides. After the failure of rocket mail its inhabitants were finally connected to the mainland by submarine telephone in 1947. It was destroyed by a storm in 1970 and the GPO refused to replace it. The islanders finally evacuated Scarp in 1971. By tradition they had left a Bible in each house. By the summer of 2006 the houses were in a sorry state after 35 years of winter storms. In one house pages of a bible had blown about the windowless room. 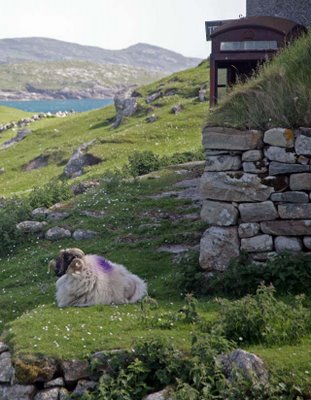 Some days later we met the gentlemen in the centre of the photograph on Canna in the Inner Hebrides. It turned out he had grown up on Scarp until his family emigrated to Glasgow. We had a book about Scarp Hebridean Island, Memories of Scarp. He was able to identify many of the individuals in old photographs reproduced in the book. 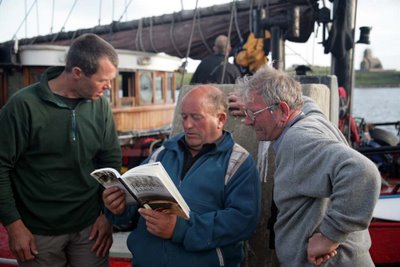 Posted by Douglas Wilcox at 10:49 pm No comments: