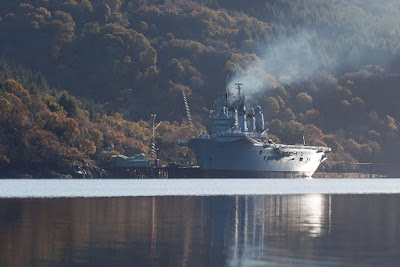 This is what we had come to see. HMS Ark Royal, the third in the Invincible class of light aircraft carriers. 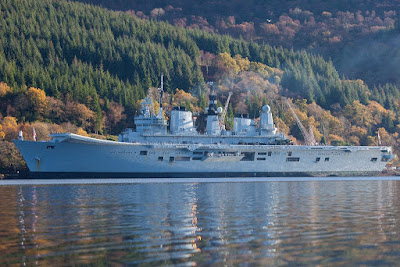 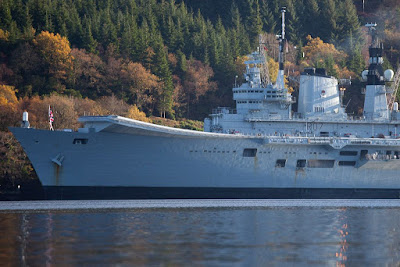 She can carry up to 18 Harrier GR 6/7 aircraft. Her ramp is steeper (than that of her two earlier sister ships) to enhance the Harriers' take off performance. She is currently flagship of the Royal Navy fleet. 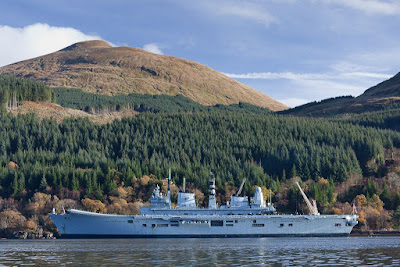 Here she is  moored at Glenmallan pier in Loch Long to off load her armaments. 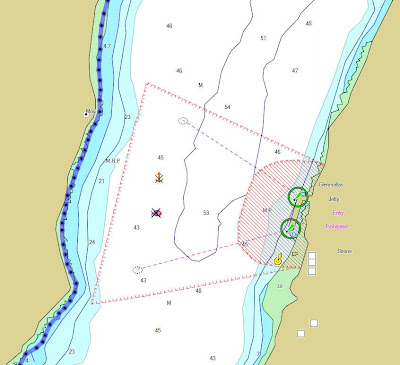 There is an exclusion zone that extends all round Glenmallan, almost to the far side of the loch! When munitions are being loaded or unloaded it is patrolled by a naval launch and so we made a point of sticking to the far shore. I wasn't sure if photography would be exactly welcomed and my white barrelled Canon L telephoto lens  is not exactly inconspicuous. I tended to take photos when other boats were traversing the edge of the exclusion zone and distracting the patrol boat! 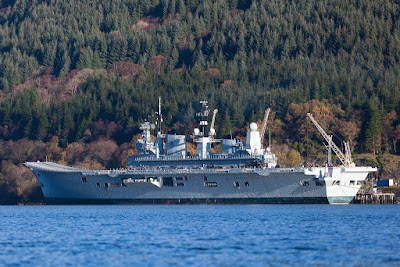 Sadly HMS Ark Royal is to be decommissioned... 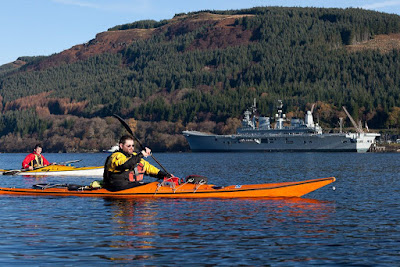 ...and so we said our farewells to this fine ship. We were glad that we had managed to kayak past her on her final trip in Scottish waters.
Posted by Douglas Wilcox at 7:00 am 6 comments: