Sunshine and shade in the lee of the capital of Coll 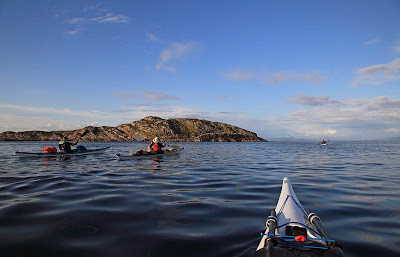 It was 8pm before we were on the water again and crossing the entrance to Loch Eatharna. Arinagour (pop~90), the tiny capital of Coll, lies on the west side of the loch but we had no time to explore it. We were now bound for the rugged NE coast of Coll which lies beyond. 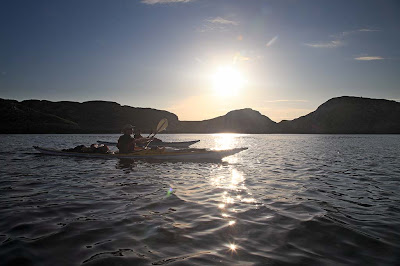 There are few places to land on this coast. As the sun sank to the west we found ourselves alternately in sunshine and shade. 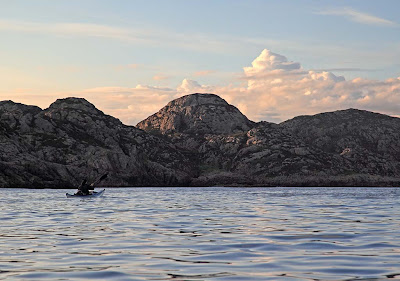 The sun still lit the summits of Meall nan Uan and Meall na h-Iolaire. The rugged grandeur of their slopes tumble sheer into the sea and belie their modest heights of only 73m and 79m.