The hand of Slartibartfast has touched West Loch Tarbert! 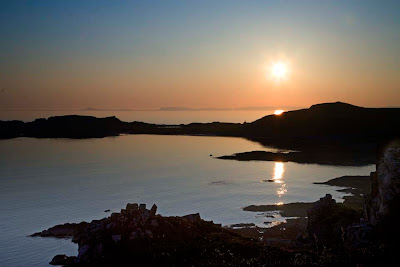 The sun sets over distant Colonsay behind the abandoned township of Ruantallain at the mouth of West Loch Tarbert on the west coast of Jura. Its last residents finally left 60 years ago. 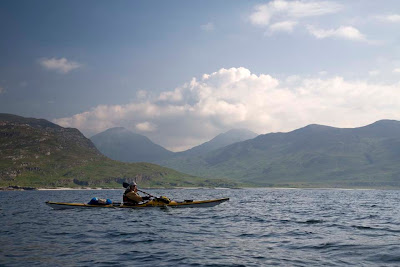 When Tony and I were sea kayaking in the wilderness of West Loch Tarbert, he said you could not design a better sea loch. Indeed, with its raised beaches, islands, tidal narrows, caves, mountains and white sand beaches, one realizes that it is so perfect that it could only have been designed and created by Slartibartfast himself. 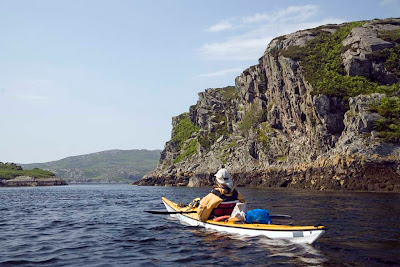 Even in the final hour of the ebb at neap tides, the tidal narrows of Cumhainn Beg were running at 5 km/hour 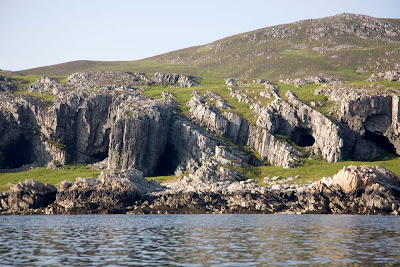 Not only are there raised beaches, there are also raised caves! Several were used to store the bodies of the dead on their way to a final resting place on the holy isle of Iona. 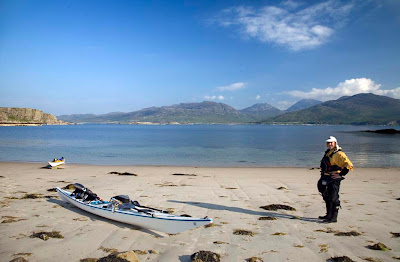 Landfall at the perfect white sands near Ruantallain. 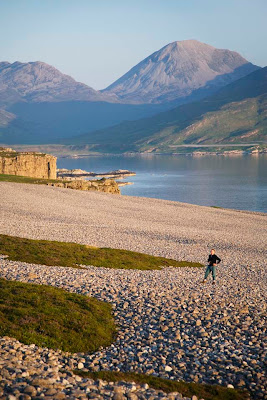 The raised beach at An Sailean is even bigger than the one at nearby Camas nam Meann. This photo was taken at 32 metres above sea level yet even this giant beach is dwarfed by the mighty Paps of Jura. 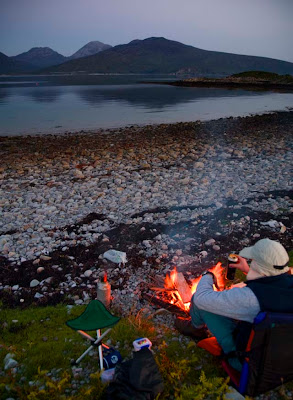 The end of a perfect day. You should try to seakayak in West Loch Tarbert before you die, it really does not get much better than this.
Posted by Douglas Wilcox at 10:08 am 5 comments: