Reminiscent of a river: the Loch Eil narrows. 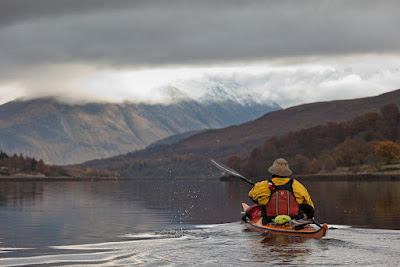 As we approached the tidal narrows at the mouth of Loch Eil... 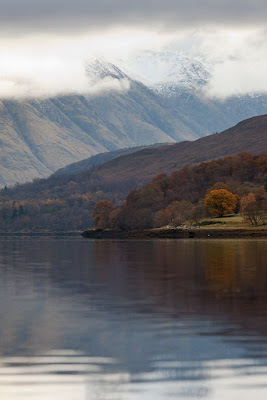 ...the summit of Ben Nevis was still lost in the clouds. 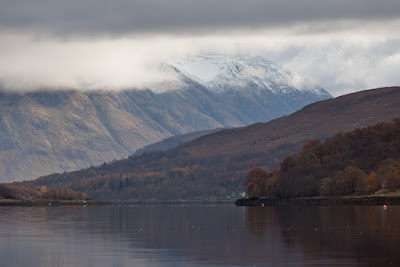 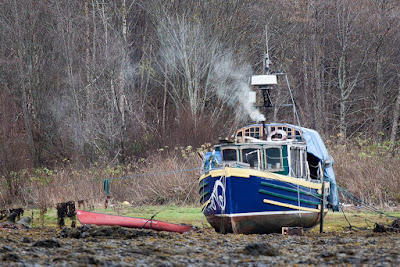 This boat had found a sheltered spot to hole up for the winter. 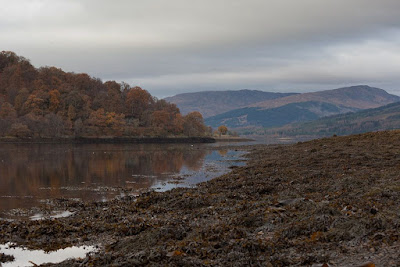 We stopped for a quick break in the middle of the narrows. With the trees coming right down to the shore, above the flowing water, we both thought the scene was reminiscent of a large river like the Tay. Well, apart from the sea weed that is! 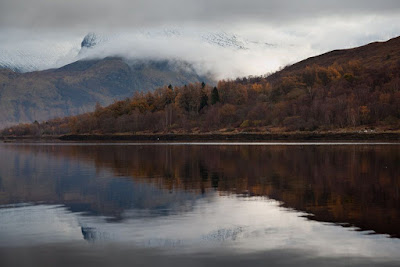 On the water again, for the first time there was some sign of the cloud on the Ben lifting. Maybe we would get photographs of  Ben Nevis after all. 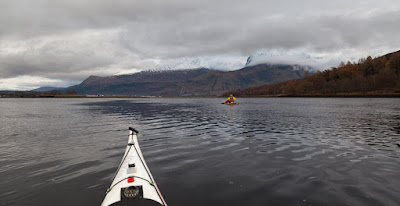 We now left the shelter of the narrows and entered the broad sweep of the head of Loch Linnhe. First signs of industry at Corpach and Fort William appeared. We were about to return to civilisation!
Posted by Douglas Wilcox at 8:44 am No comments: