All the essential sea kayaking elements round Morvern. 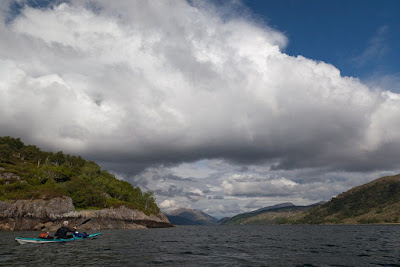 As we approached the head of Loch Sunart we came to the Liddesdale narrows. It was spring tides and the ebb rate runs out at 3.5 knots. We arrived at slack HW and negotiated entrance to the inner loch with minimal effort. 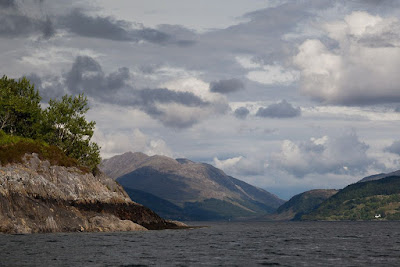 Garbh Bheinn (Garven) 885m dominated the view to the head of the loch. It is one of the highest mountains in Ardgour which borders the Morvern peninsula to the north. 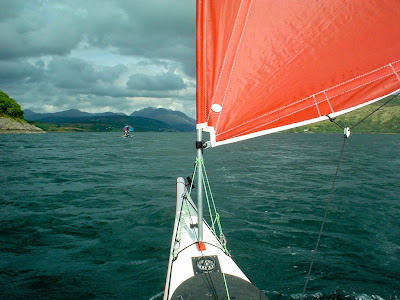 The wind freshened in the inner loch and David and I made full use of it. 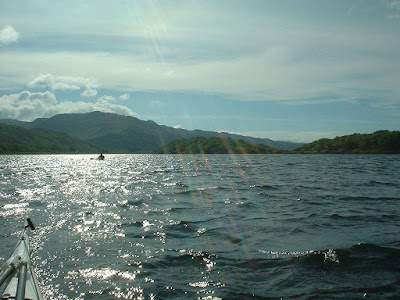 We soon left Phil in our wakes but as he is such a fast paddler we felt little sympathy for his exertions. 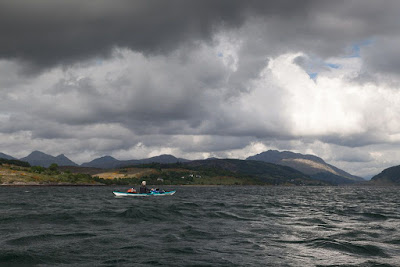 Our voyage was nearly coming to an end and we drifted in the wind while Phil caught up. High up in the hills, a pair of golden eagles soared in the updraught from the summit crags. 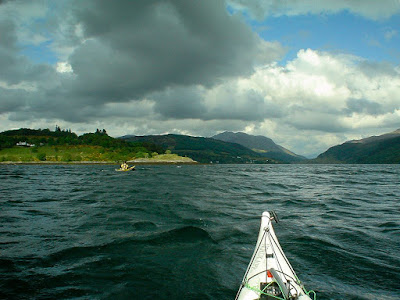 We were now nearing the end at the public slipway at Strontian. The surrounding hills contain lead and other minerals. An ore was discovered here in 1790 from which the rare element Strontium was extracted and identified in 1808. However, we were about to discover a local compound, which was present in some abundance. The heavens opened in a torrential rainstorm. Thank goodness it finished as we landed. We were able to load the trailer and run the shuttle in the dry. What a wonderful paddle the Morvern circumnavigation had proved to be. All the essential elements were there, a wild landscape, tides, mountains, castles, wild camping, great beaches, islands, hidden lochs, wildlife, waterside restaurants, picturesque villages and even hot showers! Oh and we had great company!