The beehive cells of Eileach an Naoimh 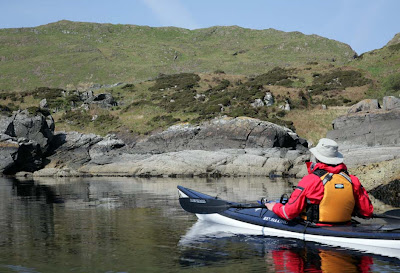 Continuing round the north end of Eileach an Naoimh in the Garvellachs we travelled down the east coast past the natural rock arch of An Clarsach. Not long afterwards we spotted the best preserved beehive cells in Scotland. They were built and used by generations of Celtic Christian monks who followed St Brendan of Clonfert who had arrived on the Garvellachs in AD 524. 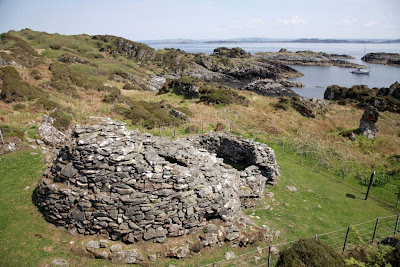 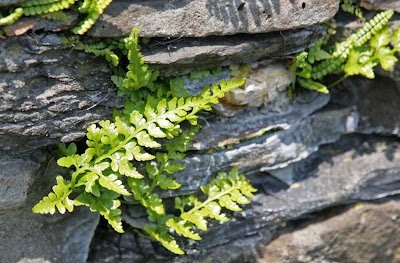 The monastery was sacked by the Vikings in the early 10th century and today the only inhabitants of these ancient walls were these tiny ferns.
Posted by Douglas Wilcox at 11:30 pm 2 comments: