Threading the Oa of a needle 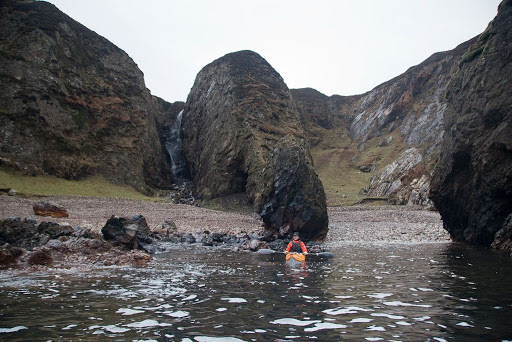 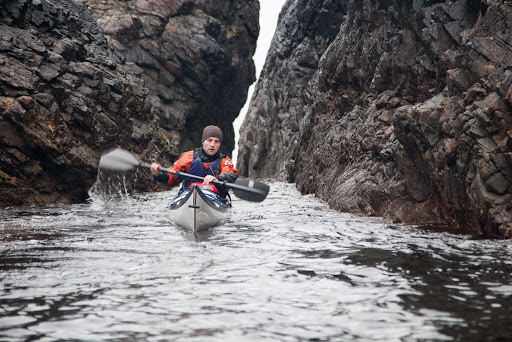 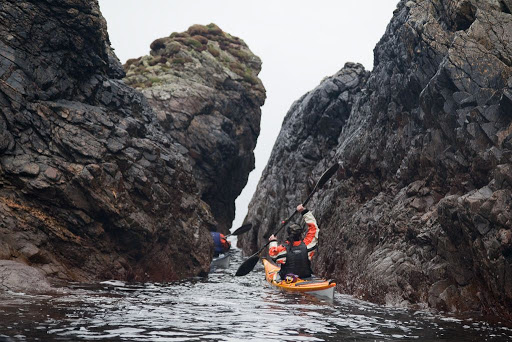 ...and left Bun an Easa by this magnificent narrow slot! 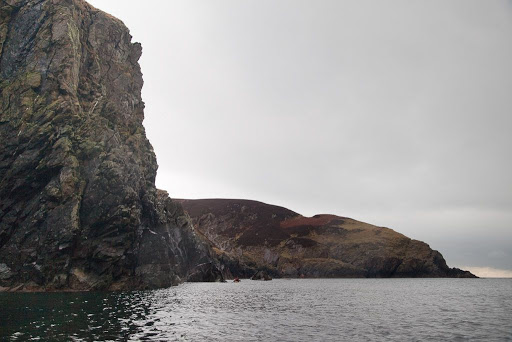 A little after Bun an Easa we stopped and looked back to get our bearings. This is the view to the SW and the entrance to Bun an Easa is to the left of the distant headland. 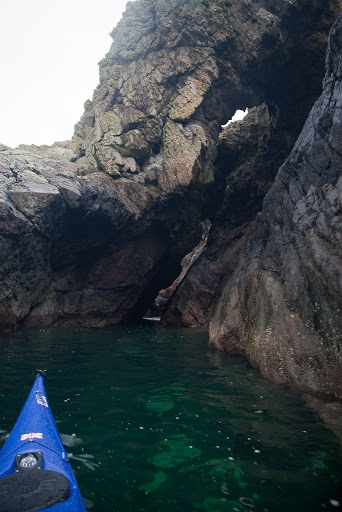 Next, we came to another cave with a high window which in a storm will act as a blowhole.
I was able to paddle right through to the interior, which is lit by the window. However, once inside there was not enough room to turn, not even in a manoeuvrable kayak such as the Cetus! Its Gaelic name is Sraideag Alt nan Ron which might be loosely translated as narrow watery wynd of the seal. 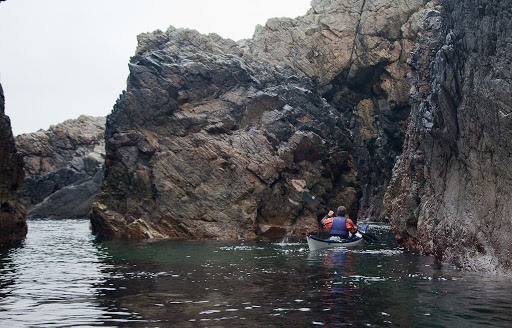 We continued to wind our way through a maze... 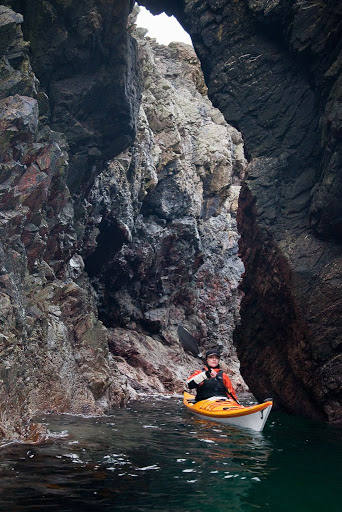 ...of tight places between stacks, cliffs and dykes. What a remarkable place.
Posted by Douglas Wilcox at 9:05 pm 1 comment: