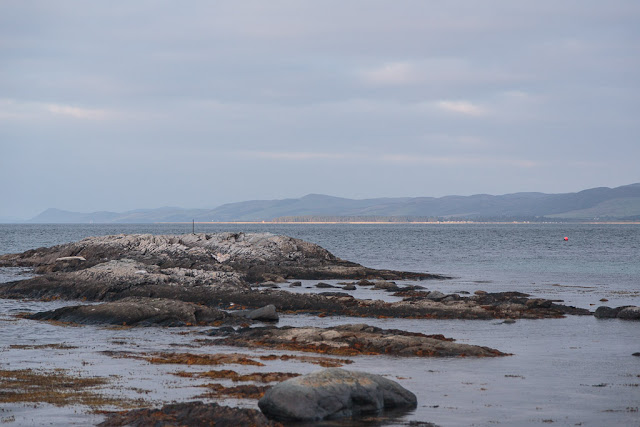 As we pulled our kayaks up the beach on Cara we saw the first and only glimpse of sunshine on our whole trip. Across the Sound of Gigha, the long sandy strand at Rhunahaorine Point on Kintyre became illuminated by a beautiful warm glow, which contrasted with the dark shaded hills behind. Yet another pair of otters had just swum behind the skerry in the foreground bringing our tally for the day to well into the teens (there had been such a surfeit of otters that we lost count). 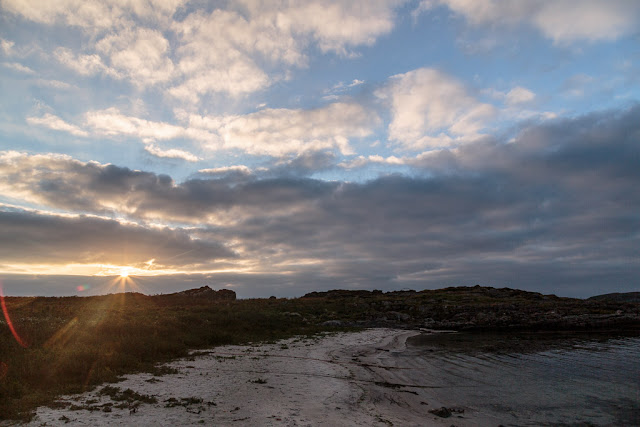 Then the sun made a flitting appearance on Cara. It was shining between the narrowest of gaps in the clouds and by the time... 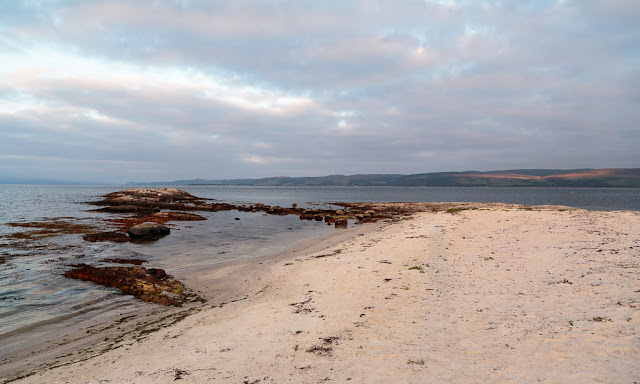 ...I turned it was already fading but I could still just see my long shadow fading into the sand. Ian was quicker and got some nice sunlight photos here. 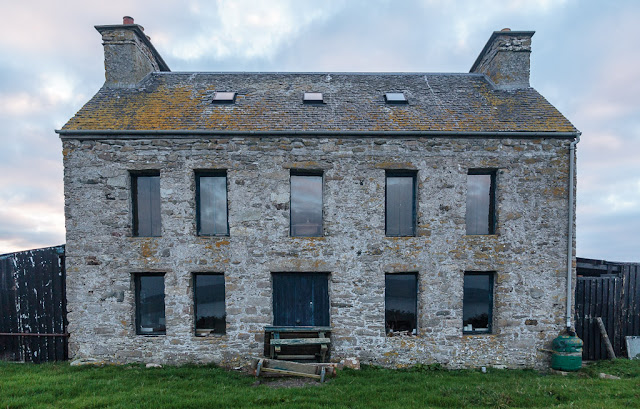 Before it got dark we thought we had better nip up to Cara House and pay our respects to the Brownie. Cara House was built in 1733 by the Macdonalds of Largie for their tacksman. It was last used by a resident on Cara in the 1940's when the tenant farmer left. I have written 24 posts on Cara in the past and you can read them here. Despite the large windows the house is a grim looking place and makes a fitting residence for the troubled spirit of the Brownie. 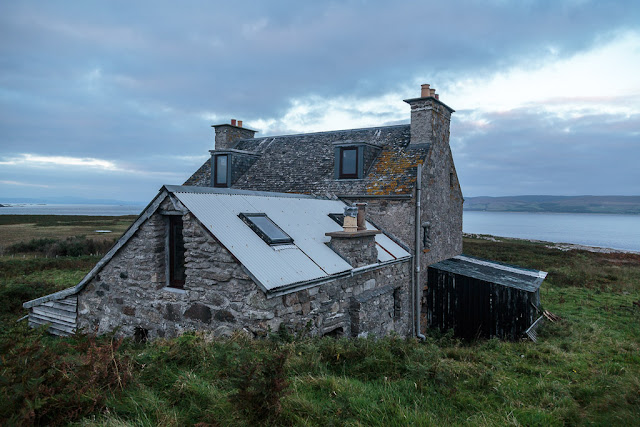 The house has a third attic floor and it is within this that the Brownie has set up residence. 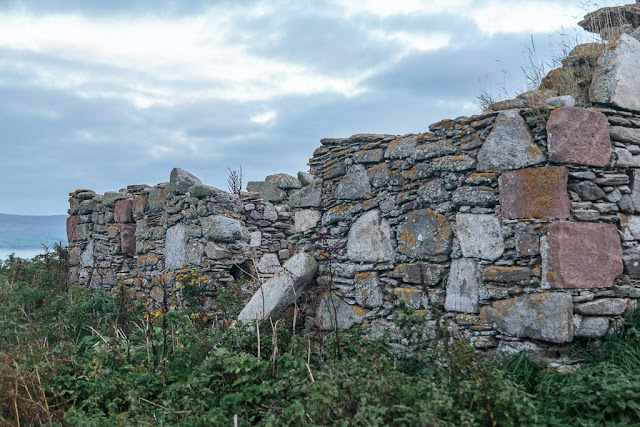 Immediately next to the house lie the remains of Cille Fionnlugh (St Finla's chapel). I have previously written about the mistaken location of St Fionnlugh's chapel but the... 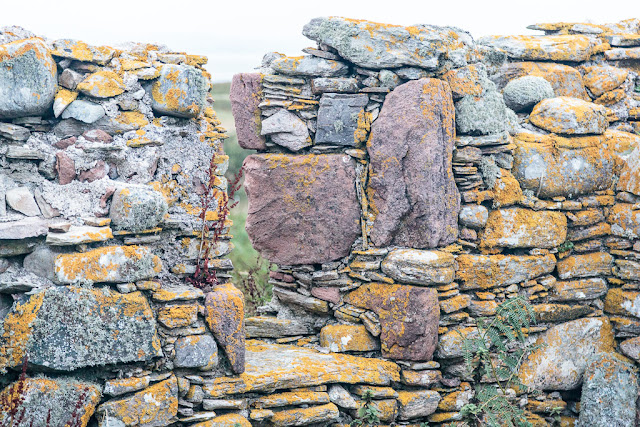 ...splayed inshot windows and floor measurements of this building match the description in the Old Statistical Account of Scotland (1793). 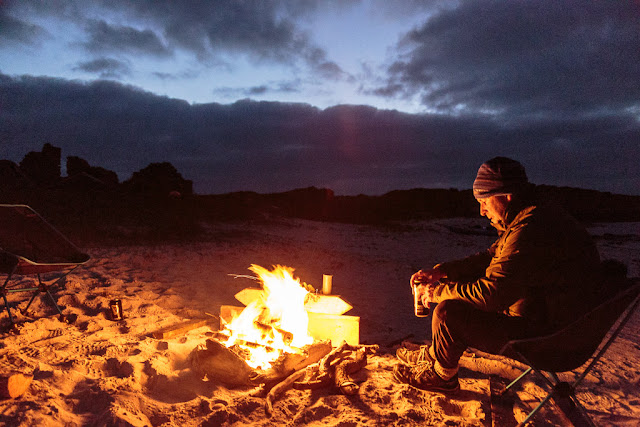 We returned to the beach to cook our evening meal (forward planning reserve rations) to make up for the lack of lobsters at the Boathouse. We then got the fire going. We had brought well seasoned logs but had also managed to scour driftwood from the beaches and reefs of Gigha and Gigalum. Then an hour after sunset a remarkable thing happened. The NW wind increased and as it did so the clouds began to clear. We were left with a night sky of stunning clarity. Seldom have we seen the Milky Way shine so brightly. Satellites moved steadily across the sky and meteors left long but short lived trails through the constellations. We had to move back as the wind whipped up the intensity of the flames. I now have a pair of trousers with crispy leg bottoms! Needless to say we baked sweet potatoes and toasted our good fortune with some Jura Origin malt whisky which originates from its home on Jura just on the other side of the Sound of Jura.
Posted by Douglas Wilcox at 10:31 am 2 comments: