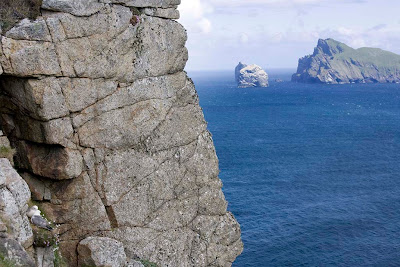 The cliff ledges of Hirta are home to thousands of pairs of fulmars. At one time fulmars were confined to the St Kilda archipelago but since the end of the 19th century they have spread to Scotland and the rest of the British Isles. 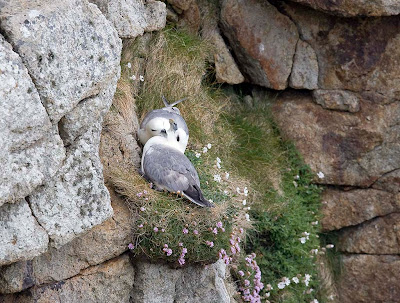 This pair are nesting on a bed of sea pink and sea campion but fulmars do not construct a nest for their single egg. They do not begin breeding until they are 8 to 10 years old and can live to over 50. 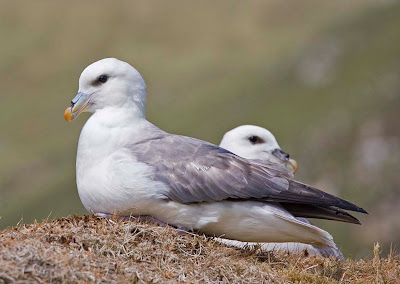 Superficially fulmars look like gulls but are actually petrels, related to shearwaters and albatrosses. They have a graceful stiff winged flight and glide for long distances skimming the waves with their wingtips. They protect their nests by projectile vomiting a nasty oil. 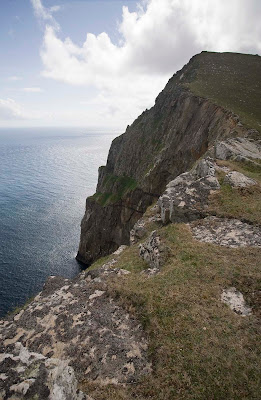 Fulmars formed a staple of the St Kildans' diet. Each person would eat about 130 fulmars per year. The men scrambled over the crags catching the birds and collecting their eggs. If you follow this link to the Scottish Screen Archive you can see a dizzying clip, shot in 1923, of St Kildans going over the cliffs in search of fulmars at this very spot.