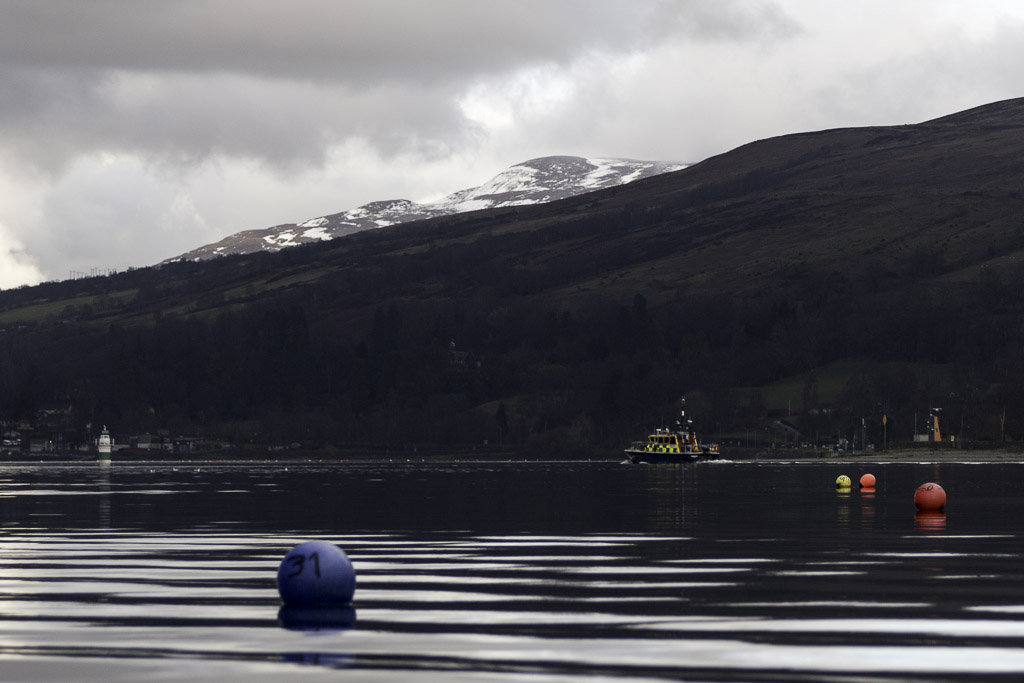 We crossed Rosneath Bay in a flat calm. Another MOD Police launch  made her way slowly and steadily up to the Rhu narrows. It is not always so calm here. The Sugar  Boat is not the only wreck in these waters. In 1947, the motor launch Ocean sheltered here from atrocious wind over tide conditions off Rosneath Point. After a while she tried to round the point again but foundered and 20 people drowned. 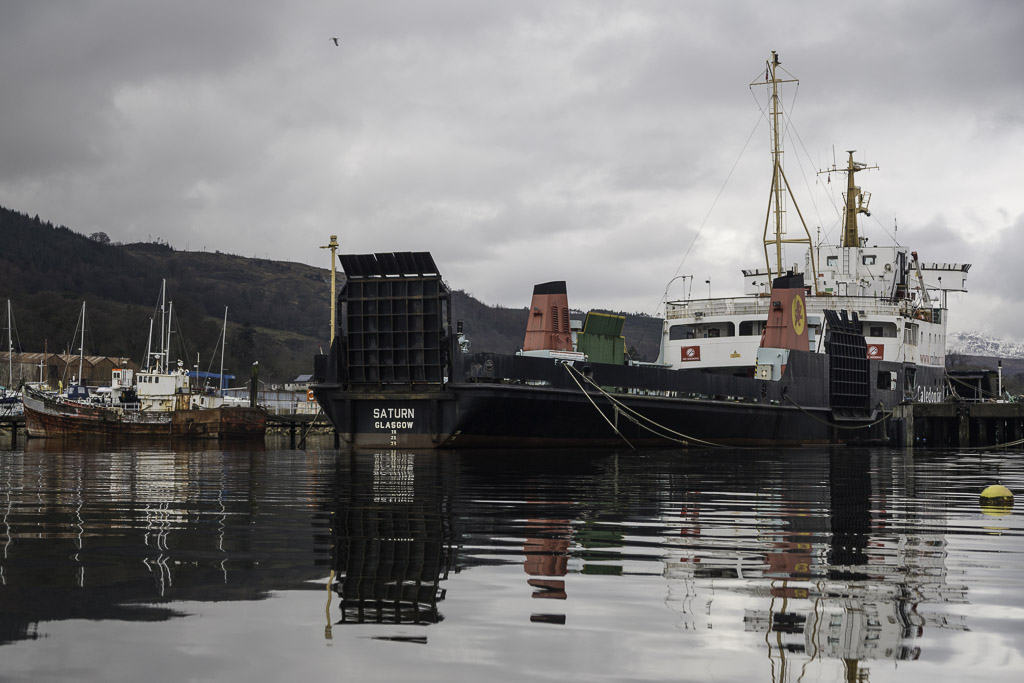 At Rosneath Pier we came across MV Saturn. She was one of three "streaker" ferries in the Calmac Clyde fleet. 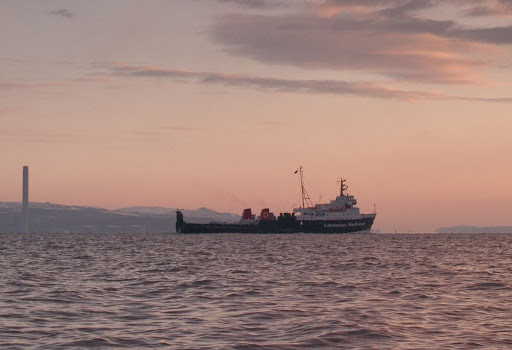 We often saw her on our sea kayaking trips. This was in January 2010 off Dunoon. Sadly she has sailed off into the sunset as far as Calmac is concerned, just like the Inverkip power station chimney which was demolished in July 2013, MV Saturn is no longer part of the Dunoon scene. So Saturn is slowly deteriorating at Rosneath pier, how her star has faded. Now she shares a berth with the sad remains of ... 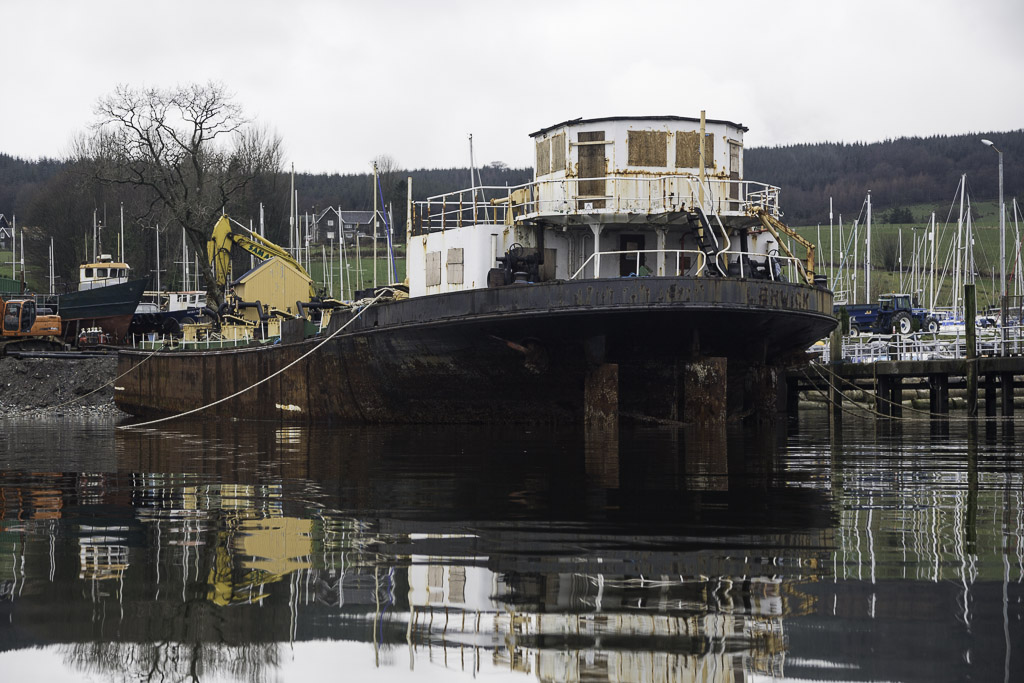 ,,,the tank barge Furness Fisher. She was nearly 100m long and was originally built in the Netherlands in 1955 as a Rhine barge. 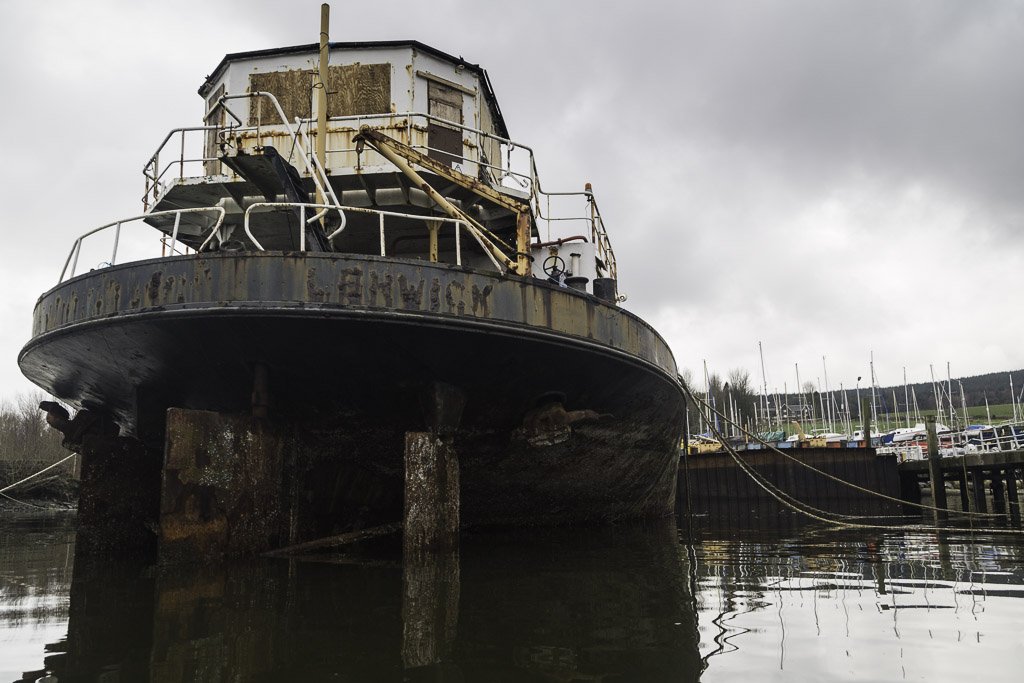 She was sold to a buyer in Lerwick in about 1976 but was based in Liverpool since 1982. She is currently being broken up and was only about half her original length when we saw her. 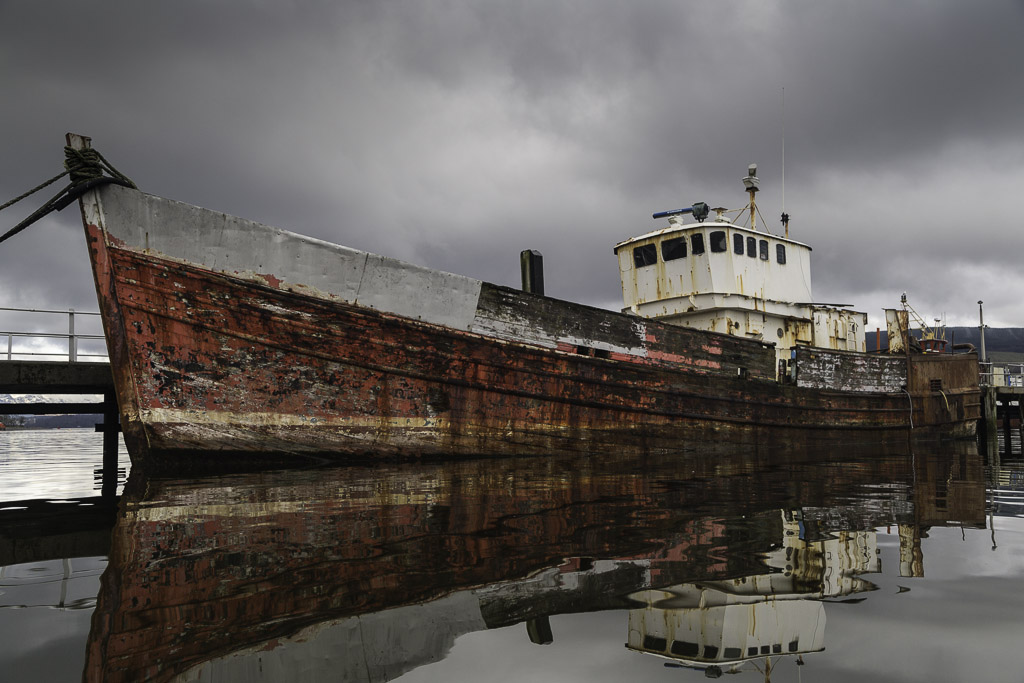 Also tied up at the Rosneath Pier was this sad old fishing boat. Ruaridh Morrison at West Coast Fishing Boats (Past and Present) thinks she is the "LK purser Zephyr built by Forbes in Sandhaven mid 70's, I'm 100 per cent sure of her builders but stand to be corrected on the name." 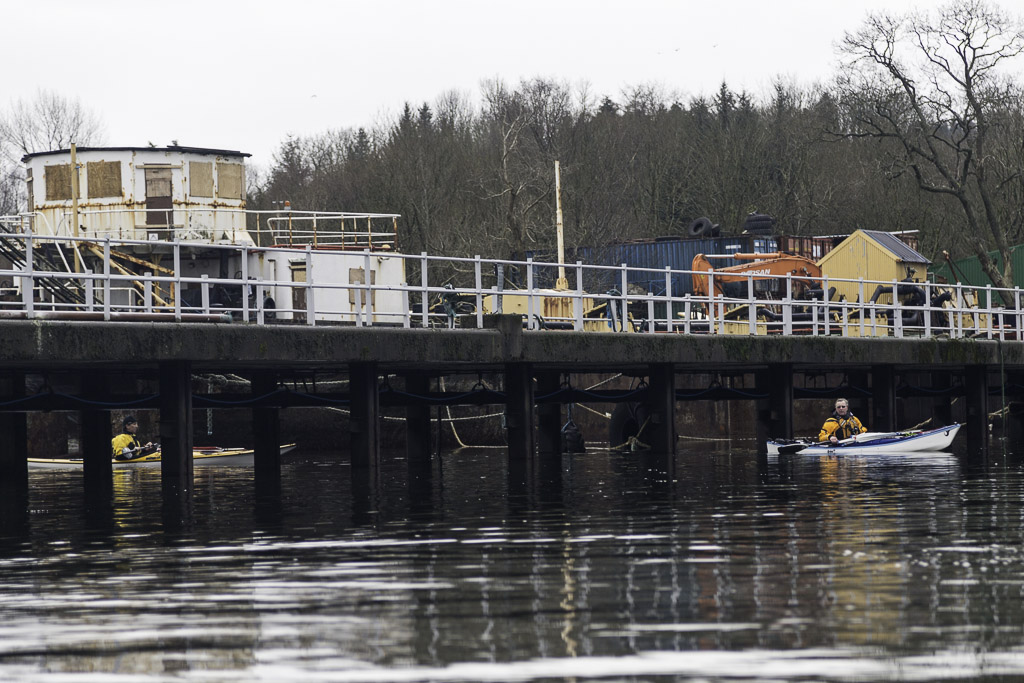 We paddled under Rosneath Pier and... 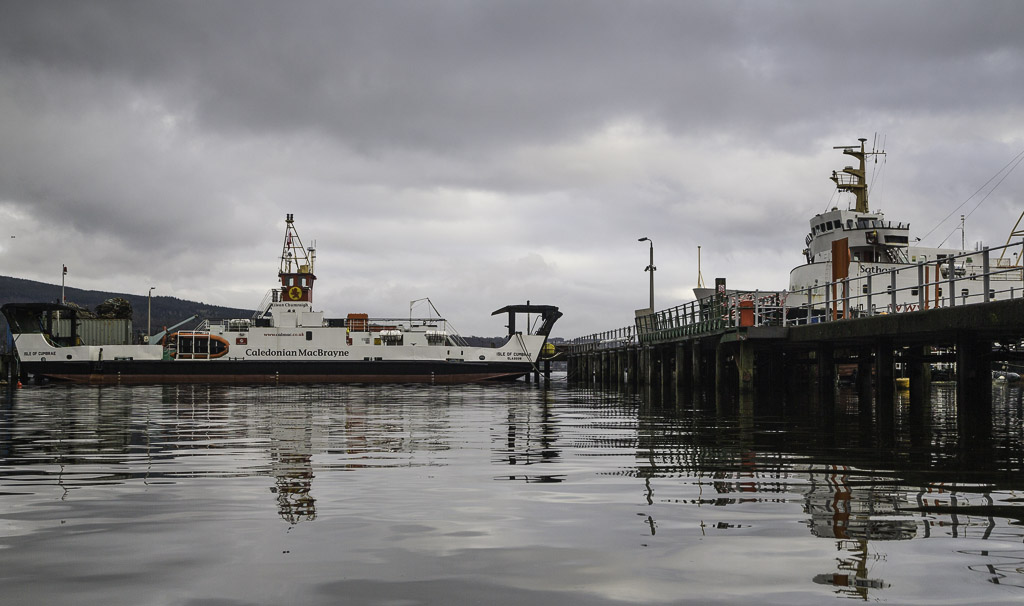 ...came across the ferry MV Isle of Cumbrae. 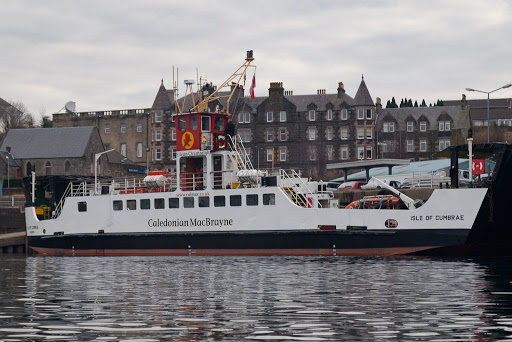 Again we have crossed wakes with the MV Isle of Cumbrae many times such as in Oban in March 2010.... 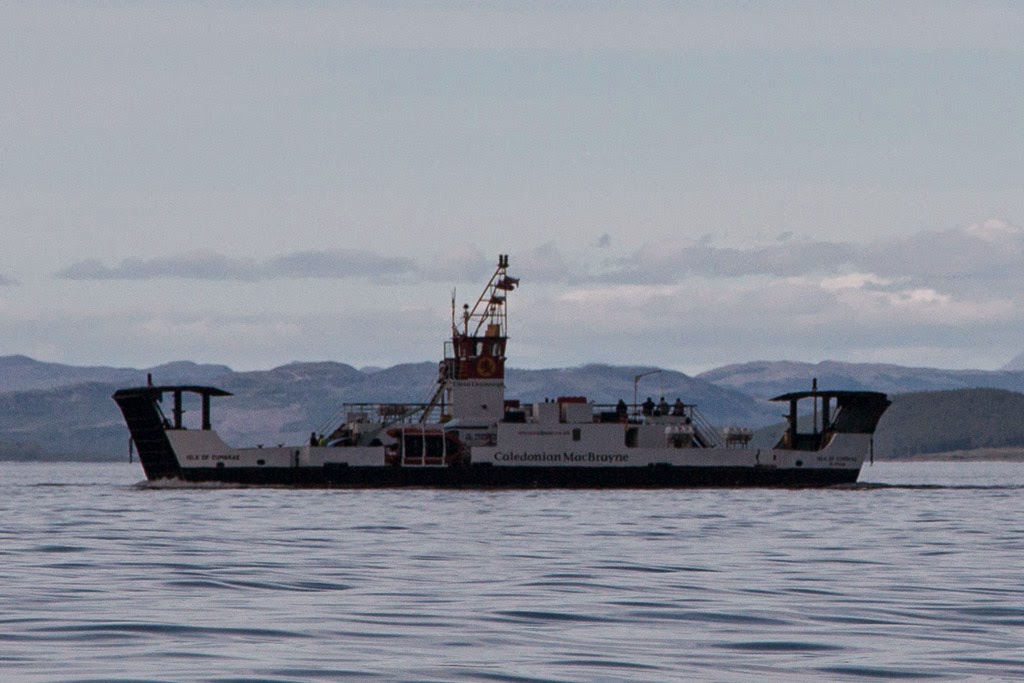 ...and crossing between Portavadie and Tarbert on a summer evening in June 2013. I hope she is just resting rather than waiting to be broken up.
Posted by Douglas Wilcox at 10:55 pm 7 comments: