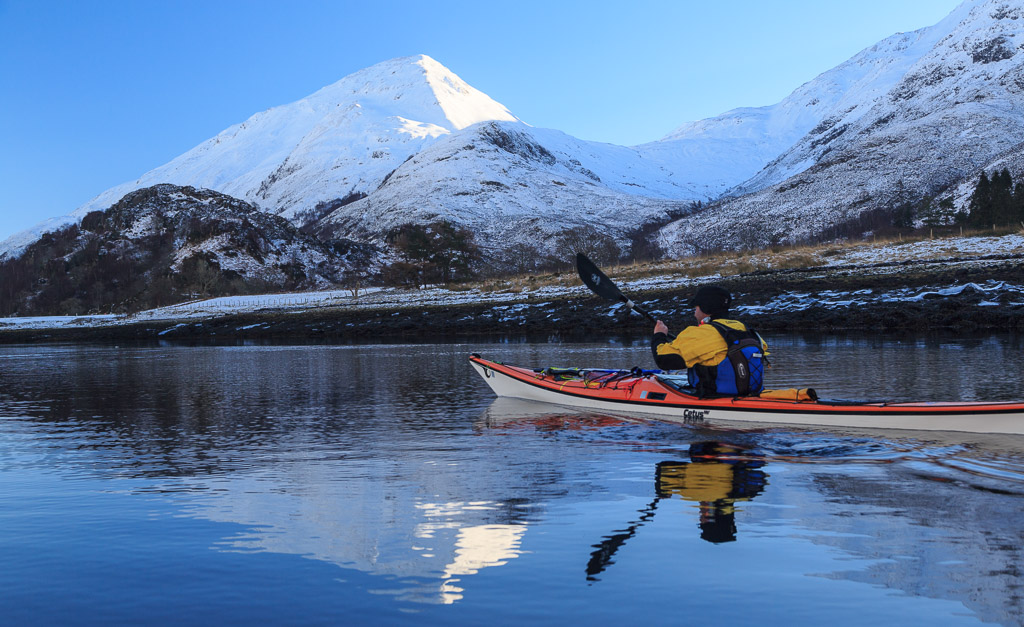 Caolas nan Con is really very narrow. This is the view to the right and this... 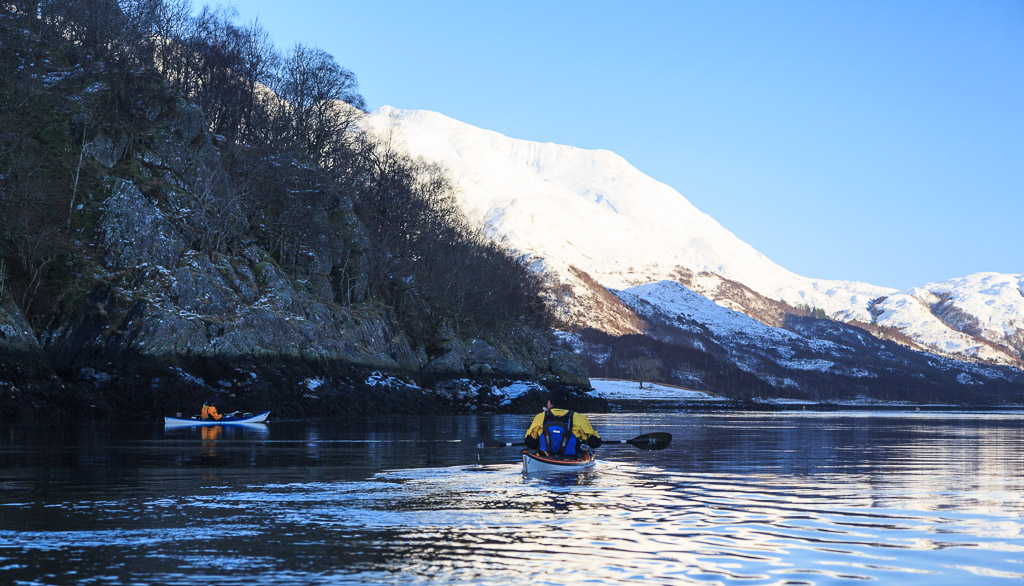 ... is the view to the left, both from the middle of the channel. The surprising thing is that for almost all the 20th century large ships came through these narrows. 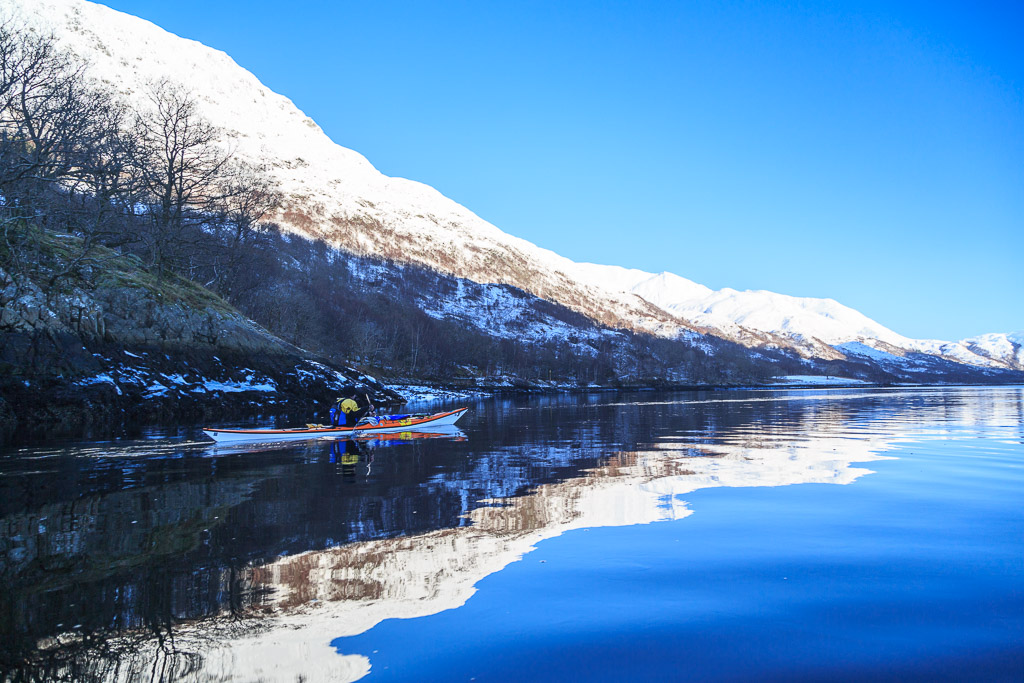 What on earth would bring shipping to this remote spot. Well I will tell you.... 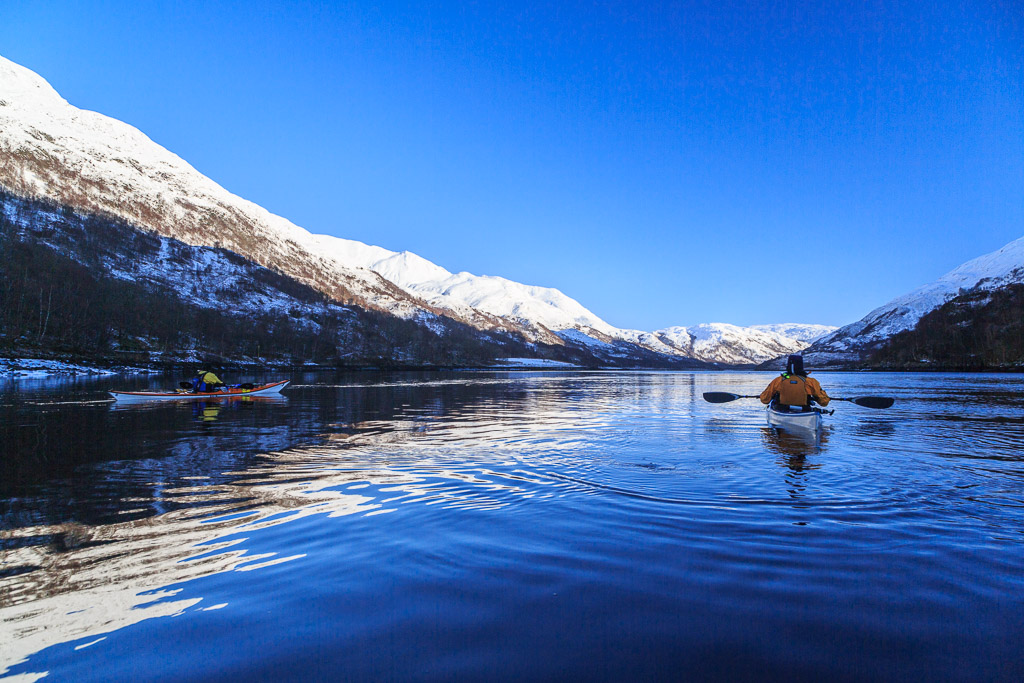 ...water and lots of it brought them. The more insightful are probably wondering if I have lost my marbles and what it is that floats my boat. Well let me explain.I am not talking about the obvious salt water in the loch and the Archimedes principle. What brought the ships here was  fresh water and lots of it. This area gets 75" of rain a year  so what were the locals doing with it, selling it to the Emirates? No let me explain. They (or rather Irish navvies)  built a huge dam high in the hills and a conduit and pipeline to feed a large hydroelectric generator in Kinlochleven.. The ships brought bauxite from Larne in Northern Ireland and France  and the electricity was used to smelt it into aluminium using electrolysis. The ships then took the aluminium ingots to rolling and fabrication mills in central Scotland and England. One of the driving forces of the development of aluminium smelters in the Highlands was the renowned physicist Lord Kelvin who was scientific advisor to the nascent British Aluminium Company.Thes smelters ran from 1908 to as recently as 2000 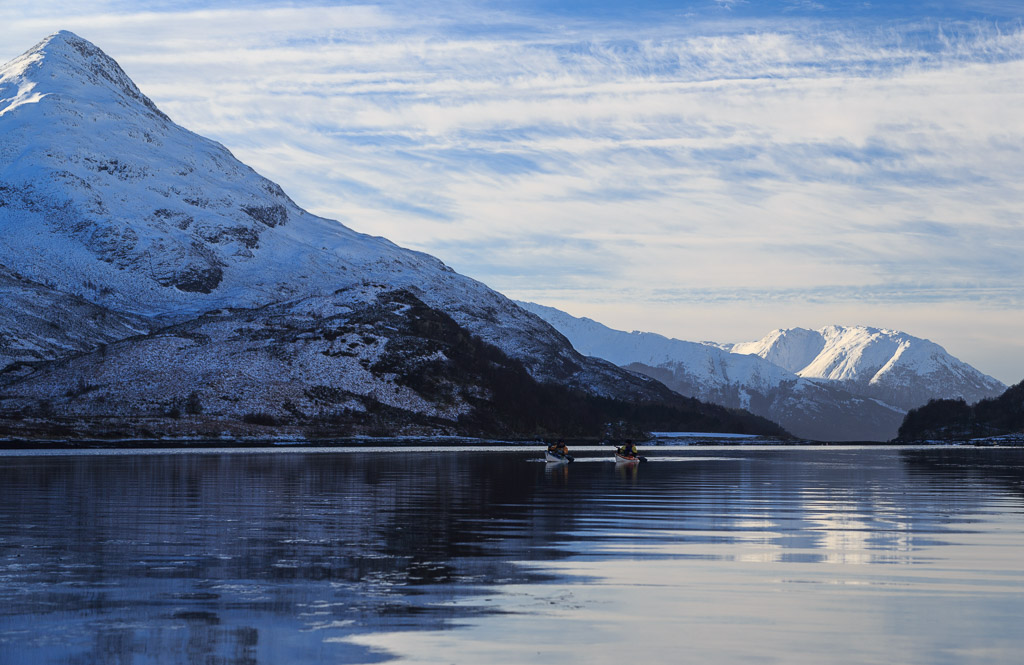 Once in the inner loch we made steady progress and soon the... 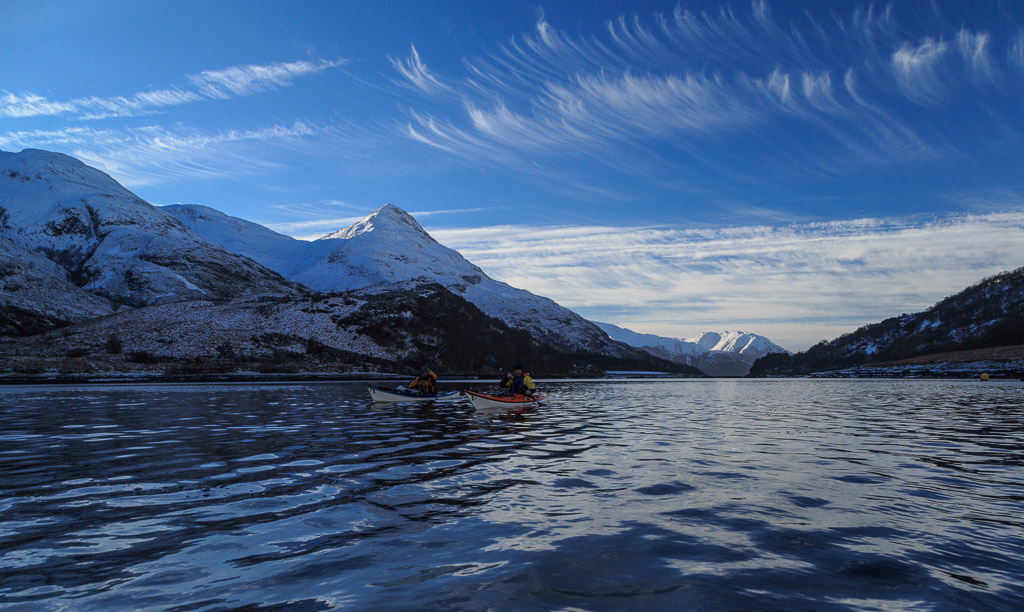 ...mountains at the entrance to Glencoe... 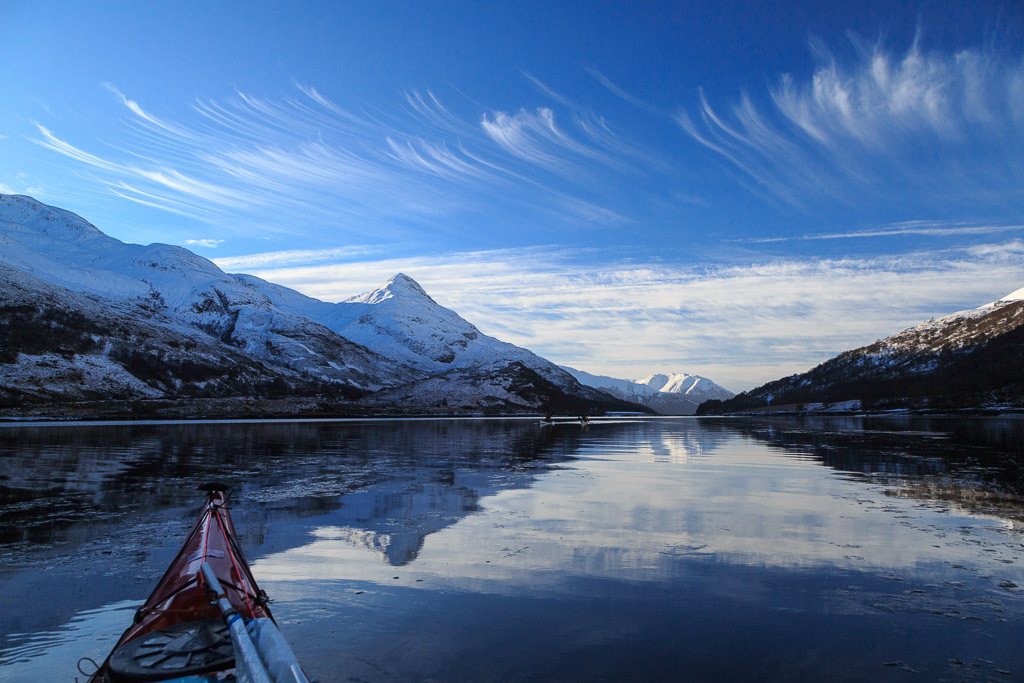 ...slipped behind or wakes which were the only disturbance on the cold glassy waters of the loch.It is difficult to describe how cold it began to get. 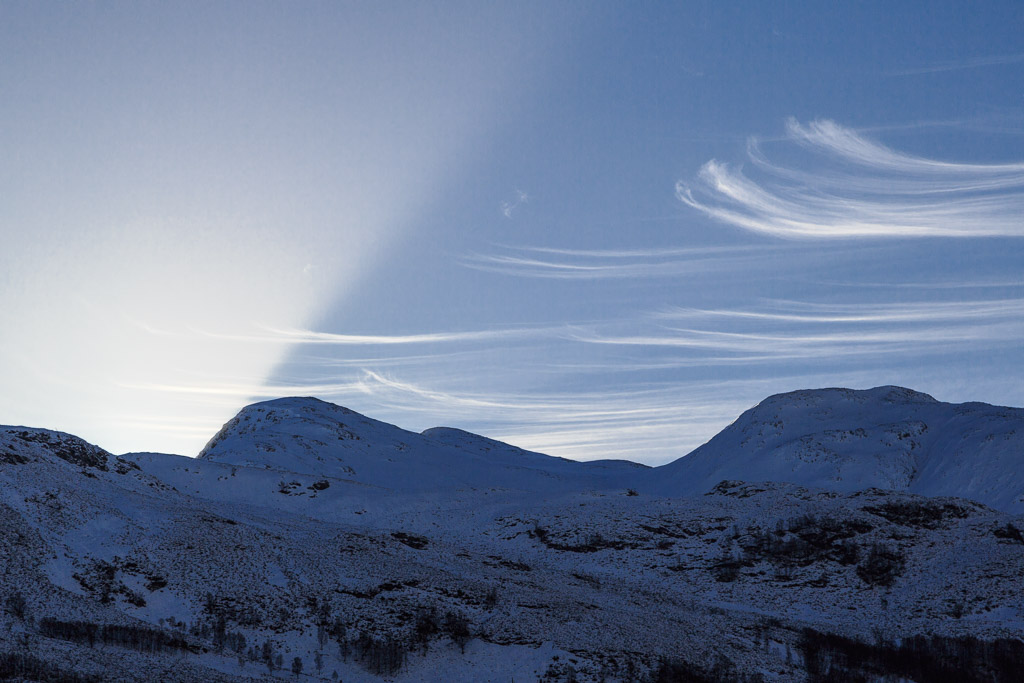 The sun which never rose above the Aonach Eagach mountains was now visibly sinking leaving this spectacular glory lighting the sky. We decided to make the most of the day and press on to Kinlochleven as as the gathering cirrus clouds foretold the next day's weather. 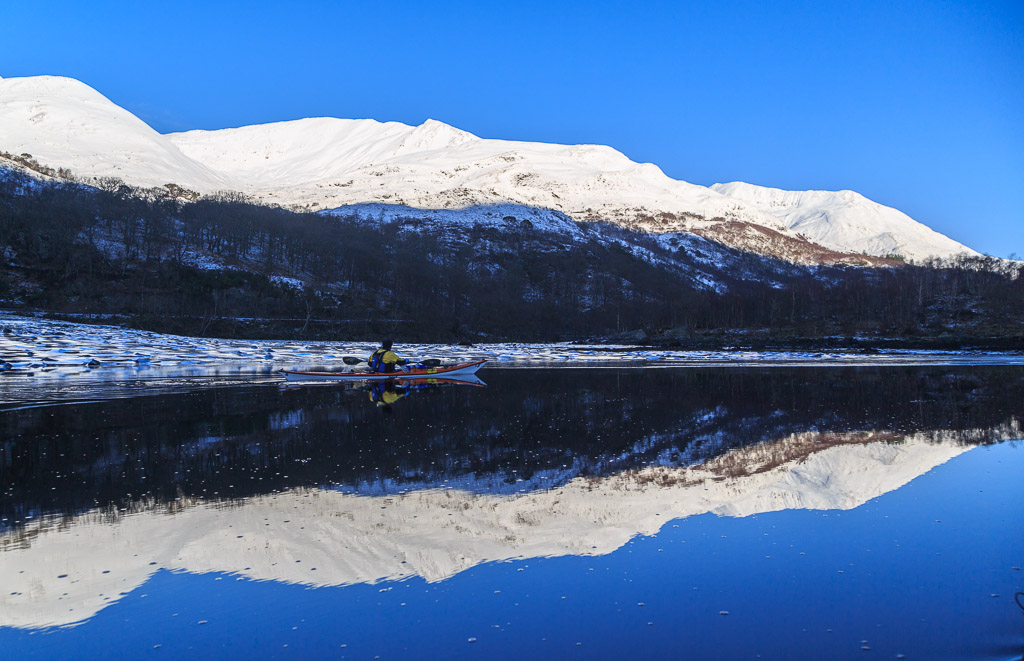 We came across a large dog otter crunching his catch on the shore here. My hands were so cold he had gone by the time I fumbled to get the camera out. 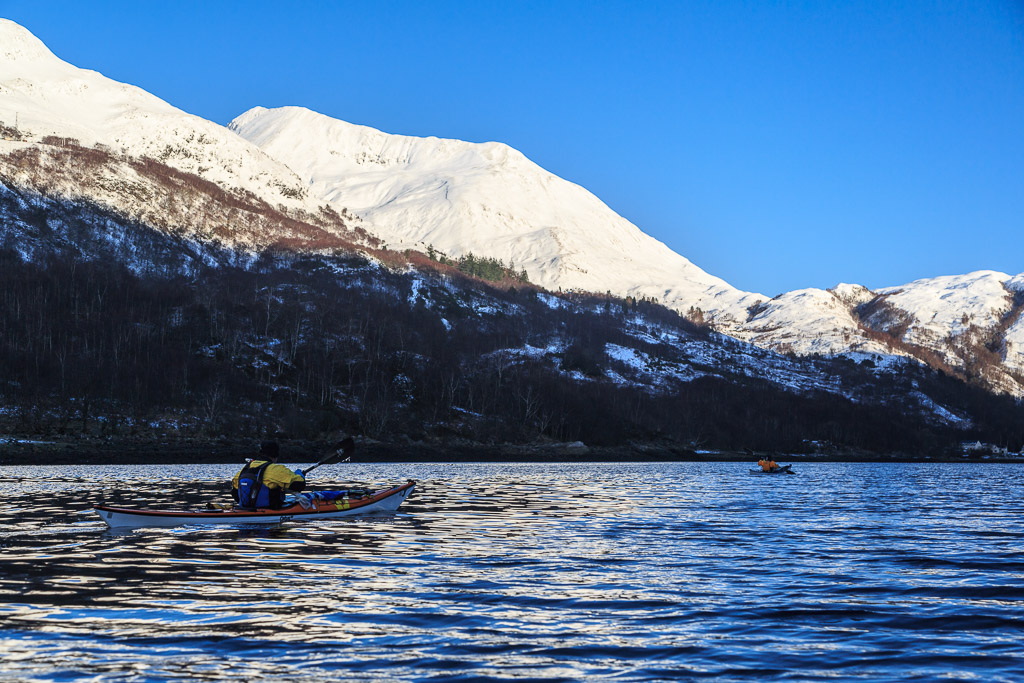 We were now getting nearer to Kinlochleven which lies at the foot of the great snow covered pak of Am Bodach. 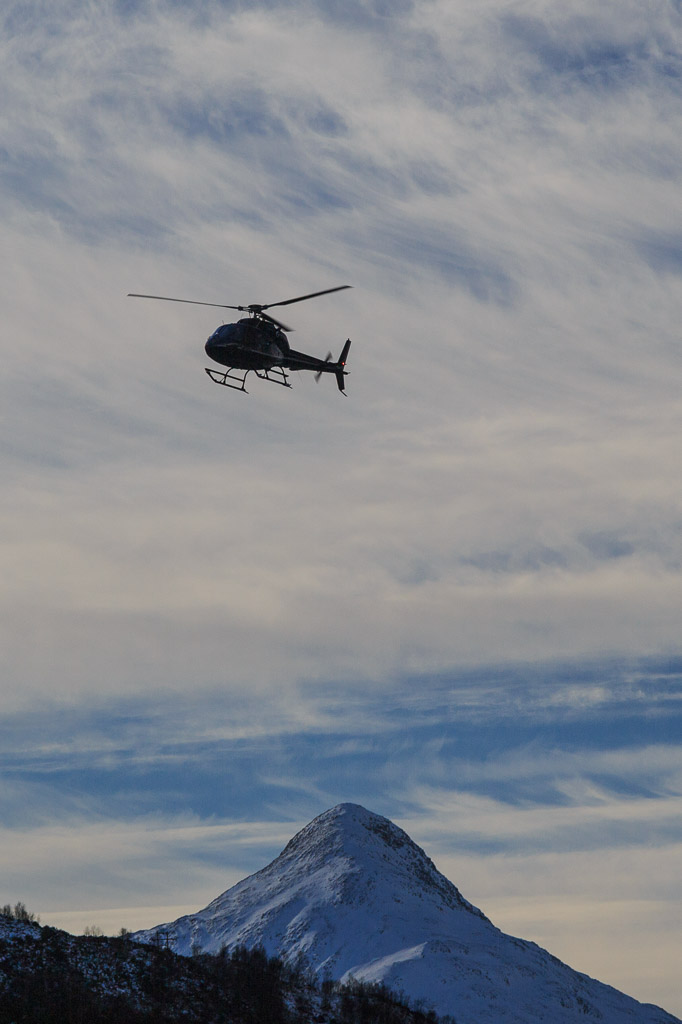 We were not the only ones going to Kinlochleven, this helicopter was delivering fresh supplies of muesli. 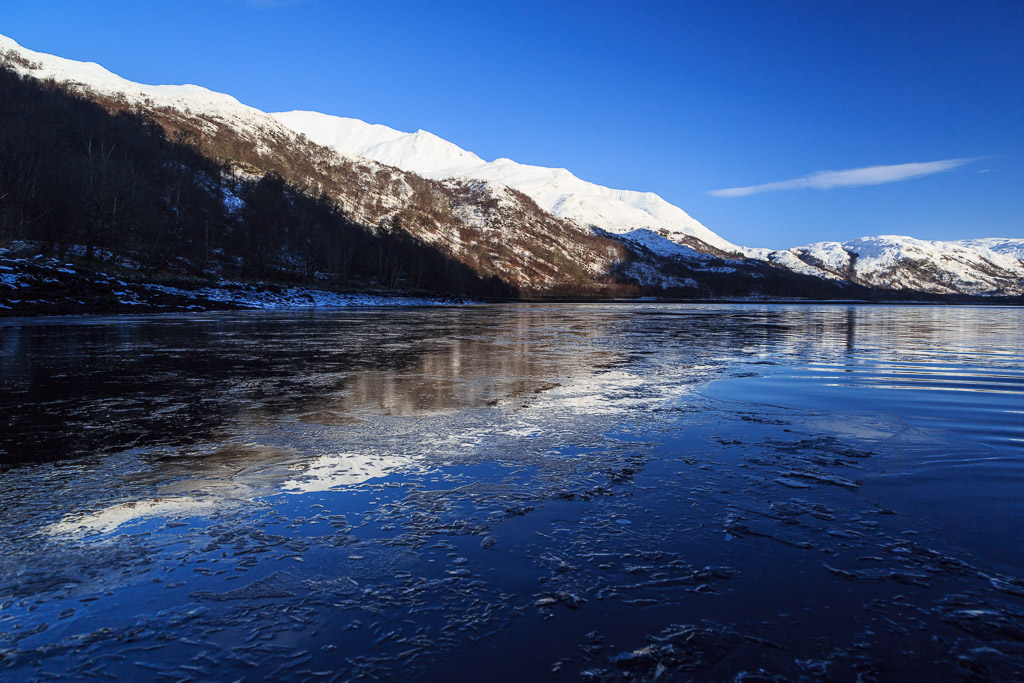 The cold was now so bad that even the sea started to freeze. 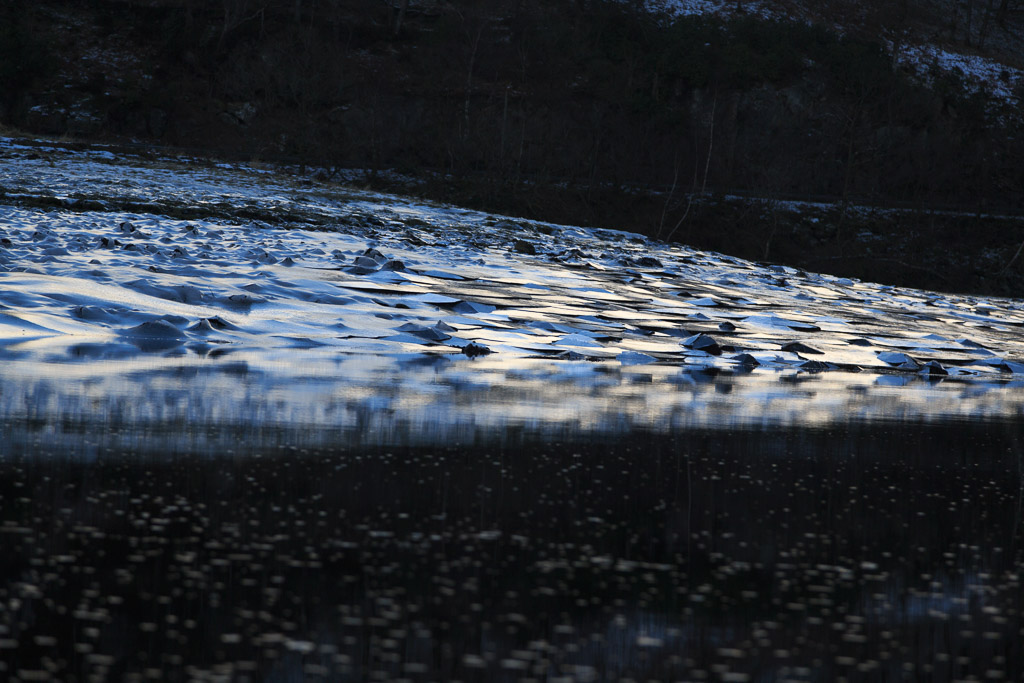 Great plates of ice were left cracking on the shore by the ebb tide. 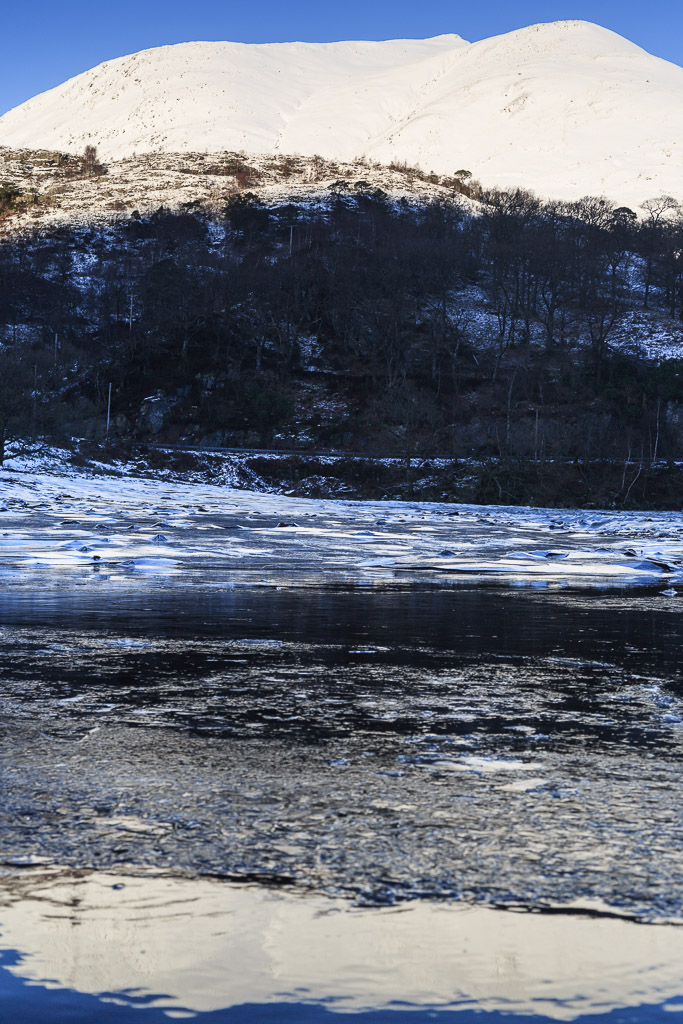 There was a continuum of cold from the snowfields of the summits to the icy sea loch. 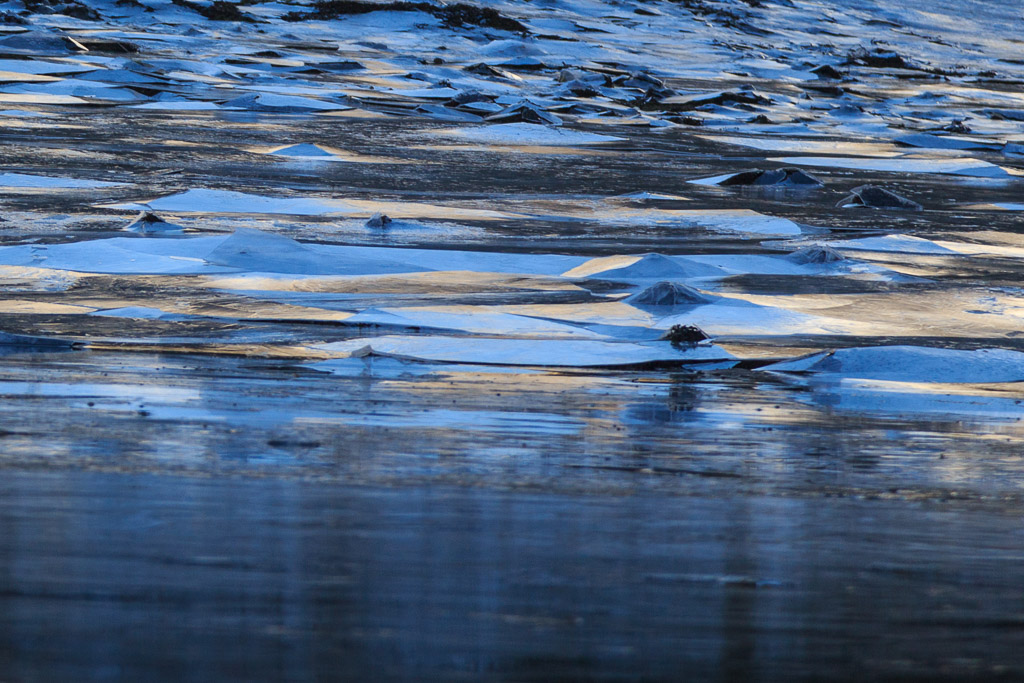 At first it was easy to crunch through the thinner ice but soon it became thicker... 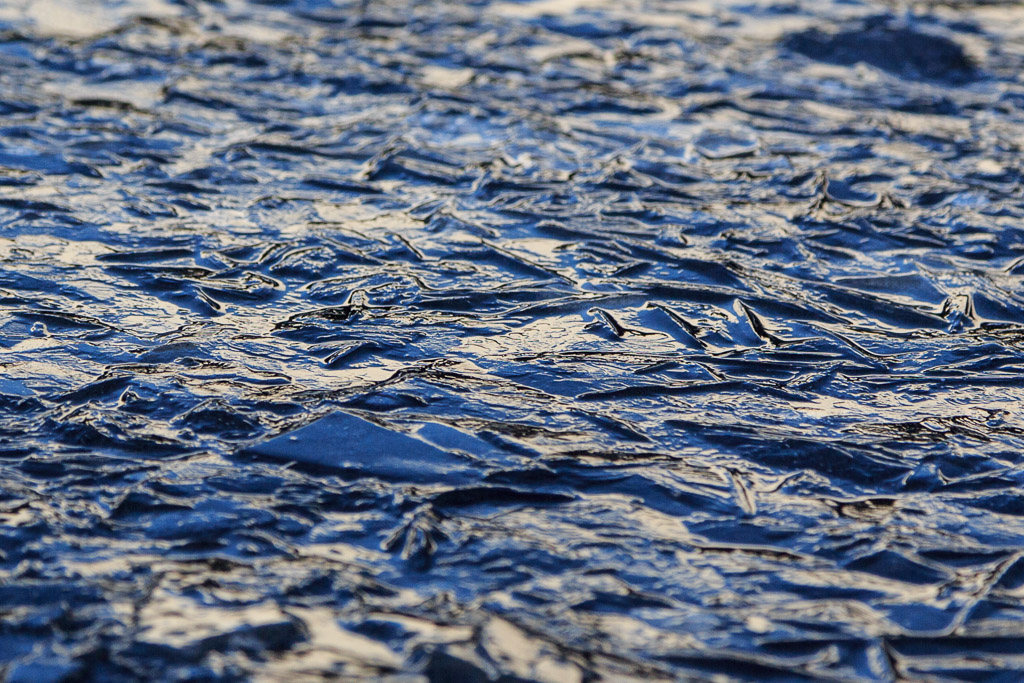 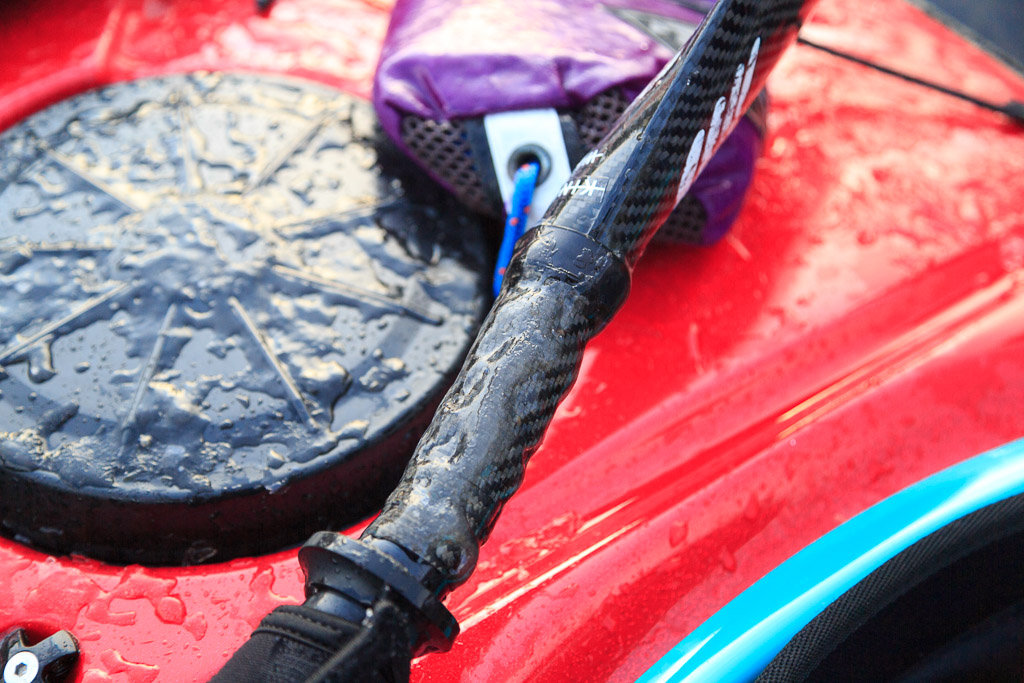 ...on our kayaks froze instantly and frozen sea water started to build up on our paddles. 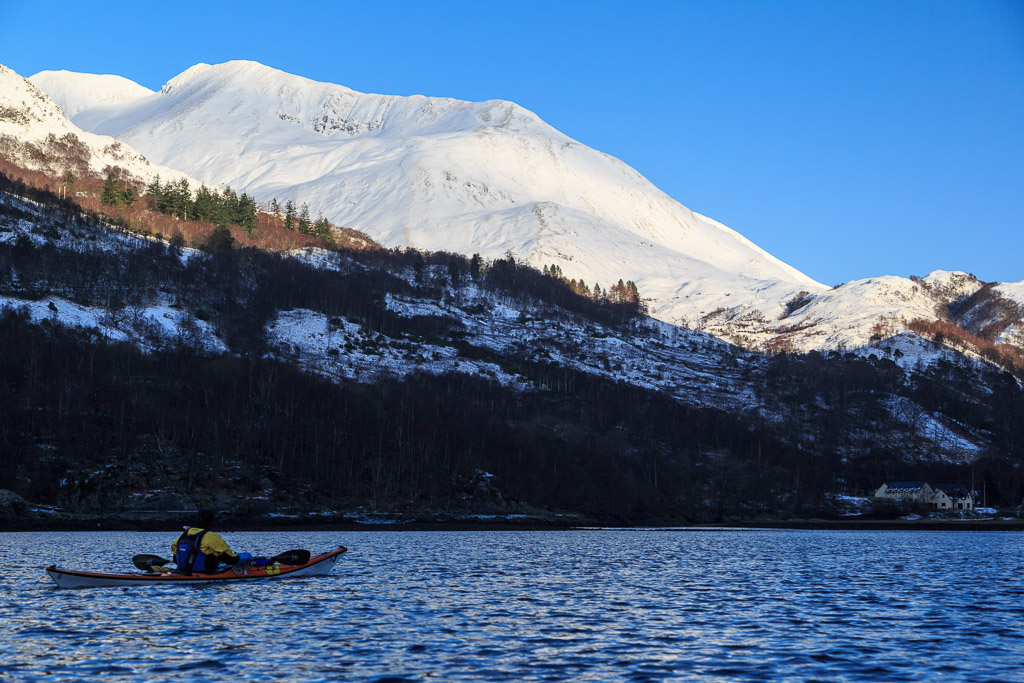 As we approached Kinlochleven a cold wind blew down from the icy wastes above but... 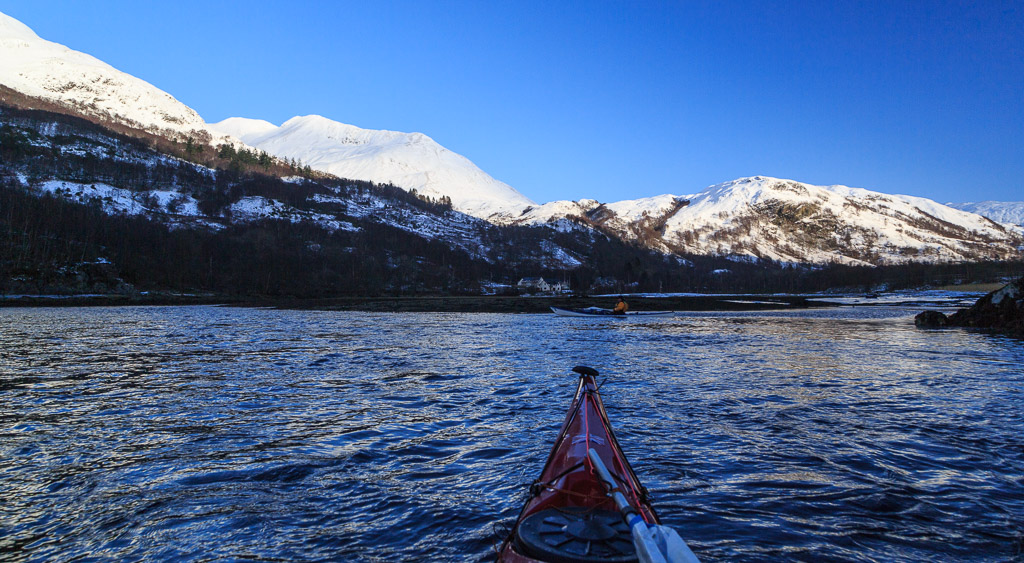 ...the "melt" water coming down the fast flowing river Leven kept a channel free. We had intended going up to the Ice Factor indoor climbing wall (in one of the old aluminium smelter buildings) for a warm up and a coffee but when we landed on a shingle bank in the river Leven it was so cold that we felt the life force draining out of us by the second. Ian, Mike and I have all spent many days in Scottish winter mountains but we had never experienced cold like this. As my thermometer had broken earlier in the day we had to invent a new scale. as we had never been so cold we set it at absolute zero degrees K. No not Kelvin... degrees Kinlochleven. As we fled the scene, we knew that we would never be so cold again.
Posted by Douglas Wilcox at 9:58 pm 2 comments: