Only a moment's hesitation on the Firth of Clyde. 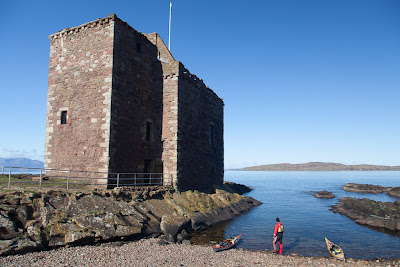 Phil, Tony and I convened at Portencross Castle on the Firth of Clyde. 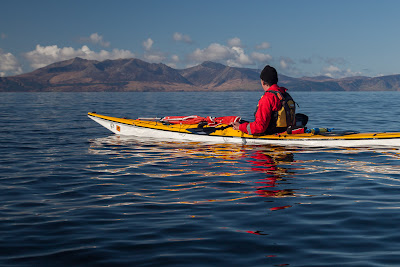 Although it was a windless morning, you will notice we still took sails. We were expecting a F4 NW wind to get up later in the afternoon. Our plan was to paddle up the west coast of Bute, take some luncheon, wait for the wind then have a blast back with the sails. 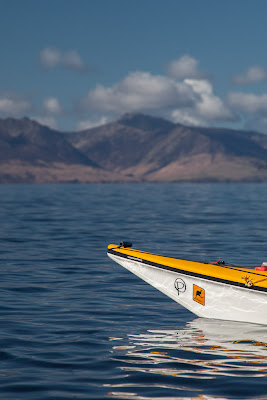 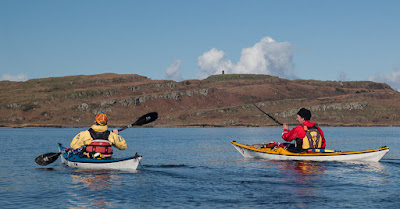 It wasn't long before we crossed the Hunterston Channel on our way to...

The rumble of a heavy diesel from the direction of Arran announced the arrival of... 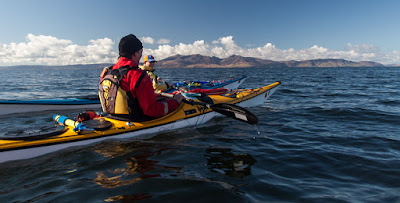 We engaged in a debate about whether to nip across the channel in front of her, a debate which lasted all of 2 seconds... 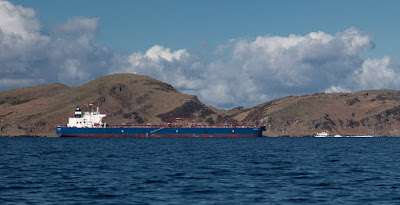 ...before we slowed to let her pass. She also slowed at the south end of Bute as the Clydeport pilot vessel, MV Mount Stewart, raced in to drop the pilot off.
Posted by Douglas Wilcox at 5:56 pm No comments: