Bottlenose dolphins cruising in the Clyde! 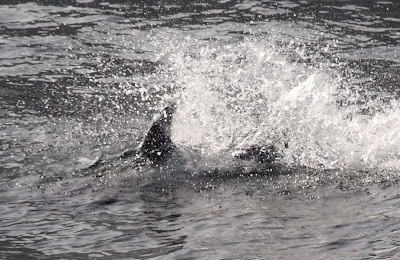 There is a pod of bottlenose dolphins cruising the Clyde at the moment. We saw them in the mouth of Loch Fyne, just south of Tarbert. The captain of the MV Loch Tarbert called us up on deck to witness an amazing display of leaping cetaceans. I have never taken so many photos of splashes! 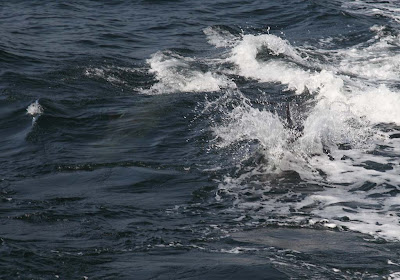 How many dolphins do you see playing in the ferry's wake! 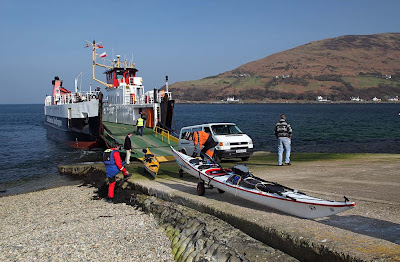 After all the excitement the MV Loch Tarbert motored on and after one and a half hours we disembarked at lovely Loch Ranza on Arran. This white van from a local hotel reversed down the slip to pick up several boxes of fish that had been put on the ferry at Tarbert. Amazingly, despite being surrounded by water and fishing boats, no fish are landed on the island. So now we know where the hotels get their fish!