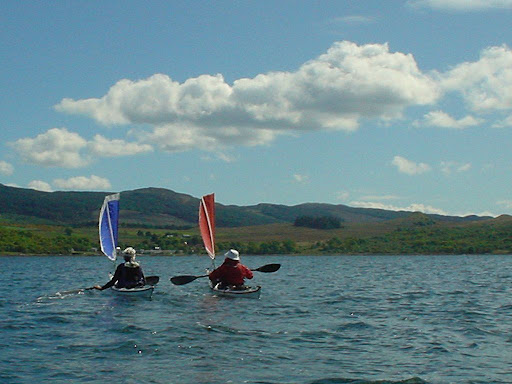 There is an excellent pub with fine food in Furnace but it was only 16:00hrs and so we decided to cross to east shore of Loch Fyne. David and I soon left Phil behind as we set off on a close reach across the loch. 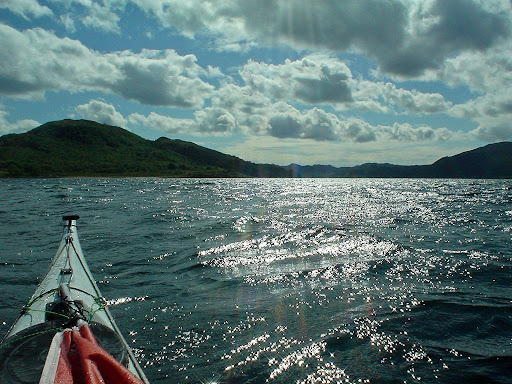 Unfortunately we could not point as high as we would have liked so we dropped sails and prepared for a windward slog. 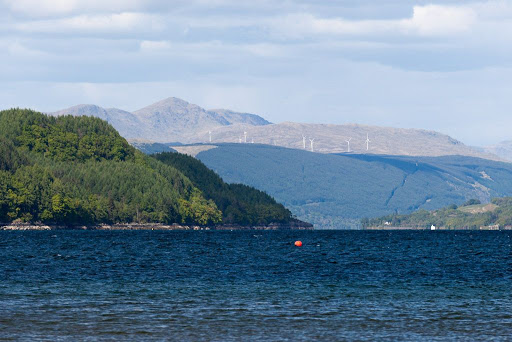 Phil was soon nowhere in sight, far behind and downwind of us. Away to the north, the windmills on the new wind farm at Clachan Flats at the head of the loch were billing round. Beinn Bhuidhe (the yellow mountain) 948m towered above the loch. 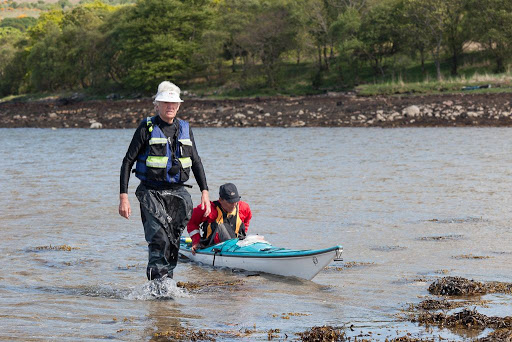 Phil was in David's kayak and had not realised that the hydroskeg/rudder does not work as a rudder when paddling at 45 degrees into a fresh wind. He ended up at least a kilometer downwind of us. To compound matters, David's "seat" had come adrift and Phil had developed David's famous sore back!.Phil was not happy when he came ashore and cursed David's boat (and all "fittings" therein) loudly. David was quite offended, as his own design flexible seating arrangements have some fame in the west coast sea kayaking world. 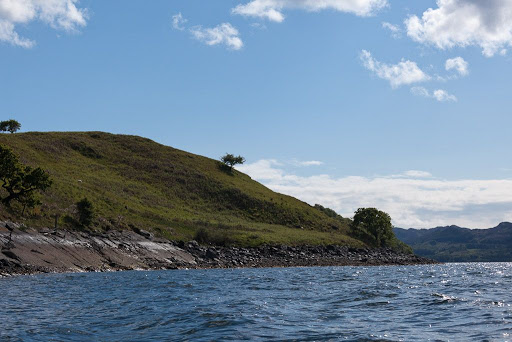 After a stop at Newton... 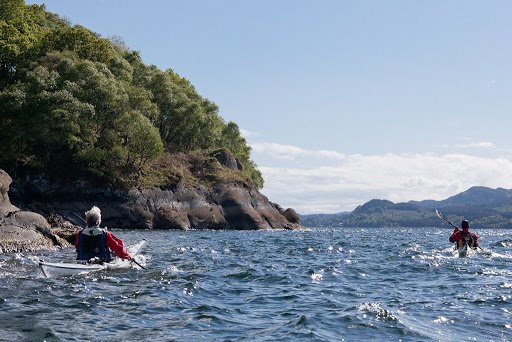 ...we continued south down Loch Fyne past another roadless shore. 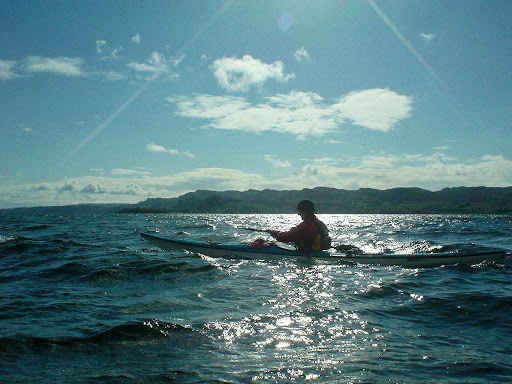 We were sweating a little due to the fresh head wind. 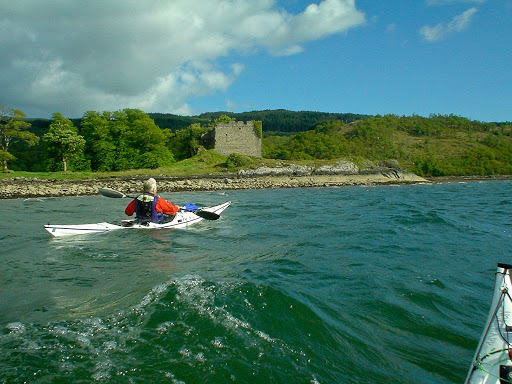 After a while we came to the ruins of 15th century Lachlan Castle, which was quite recently abondoned by its owners... 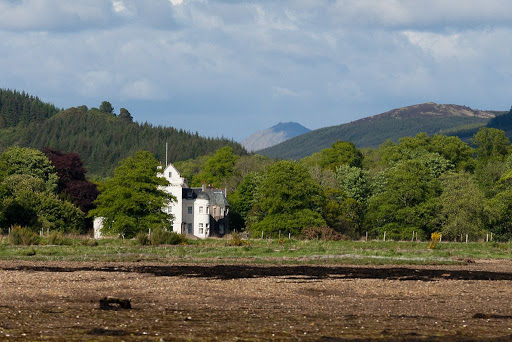 ...in the 18th century, when the Lachlans moved just round the corner to the new Castle Lachlan. 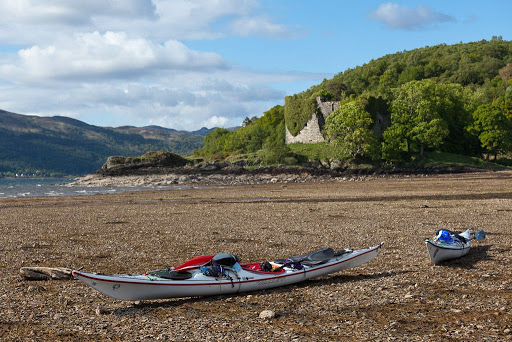 The tide was out in Lachlan Bay but we made a long trek to its head. There we entered the precincts of... 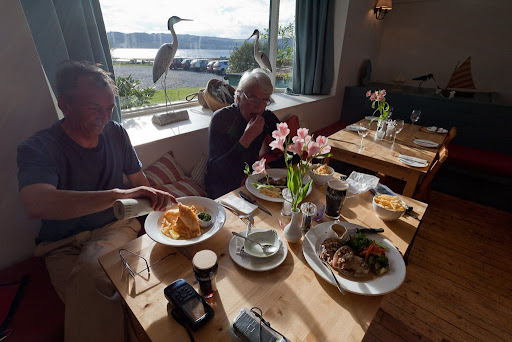 Inver Cottage restaurant where we partook of some Guinness and an excellent evening meal. Phil soon recovered his composure, if not his sore back!

It's a tough place to paddle, Loch Fyne.
Posted by Douglas Wilcox at 9:21 pm 2 comments:

The forests of Loch Fyne. 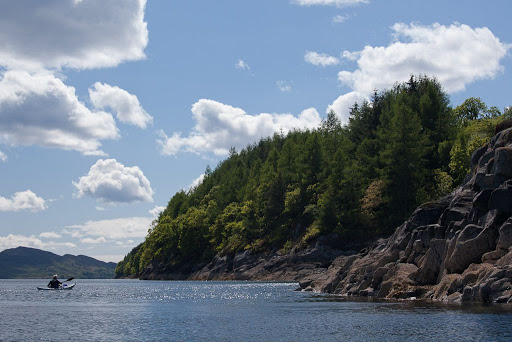 From Kenmore south to Furnace we entered a wild paradise, a quite exceptional coast to explore by sea kayak. 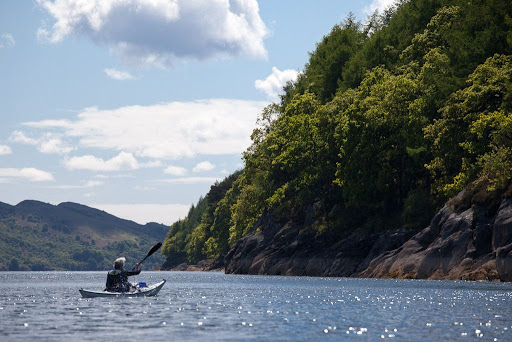 Steep rocks plunged into the deep waters of Loch Fyne. 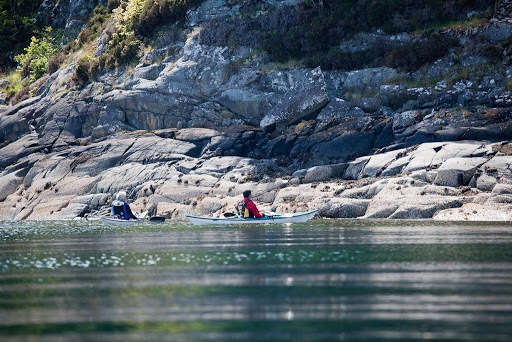 These rocks had been smoothed by the glacier that had created Loch Fyne, the longest sea loch in Britain. 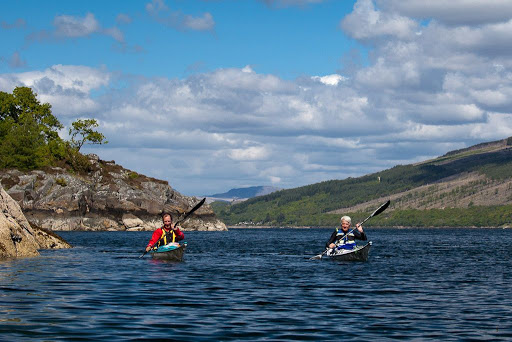 Round every corner there were new vistas... 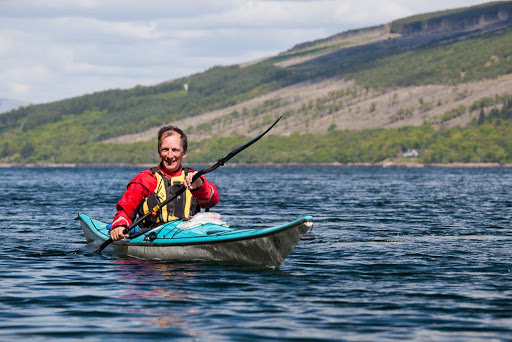 ...which brought smiles to our faces. On the far side of the loch great swathes of commercial forest plantation have recently been harvested and transported by sea to Troon. 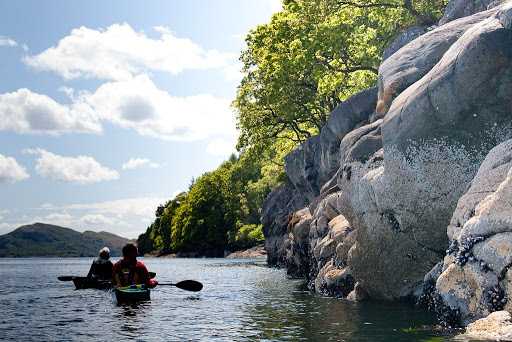 We had never seen such an abundance of mussels. 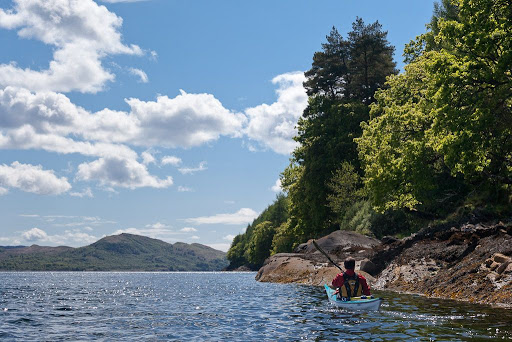 Great trees grew right beside the sea and ... 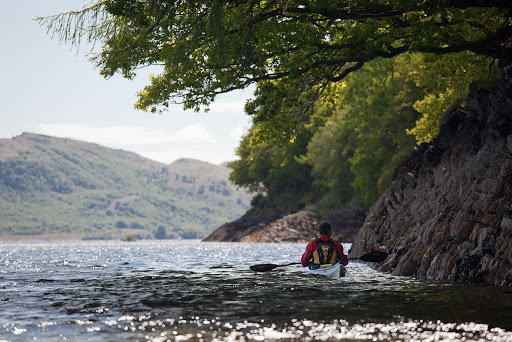 ...their boughs stretched out over us, giving temporary shade from the sun. 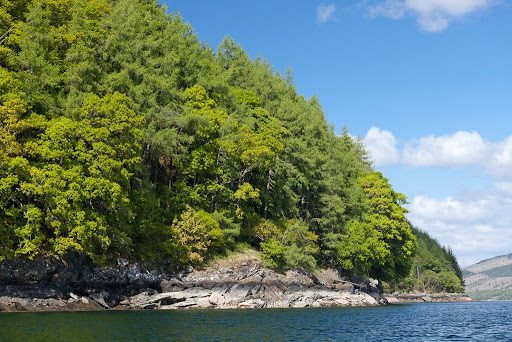 This verdant coast line is not seen from a passing car and we relished it... 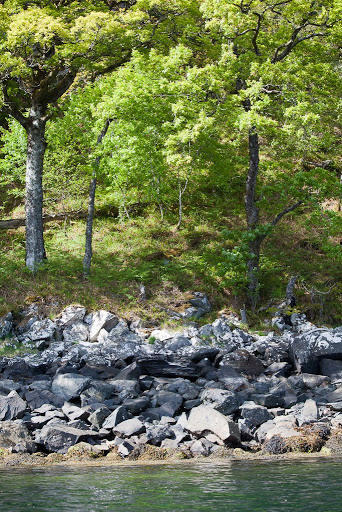 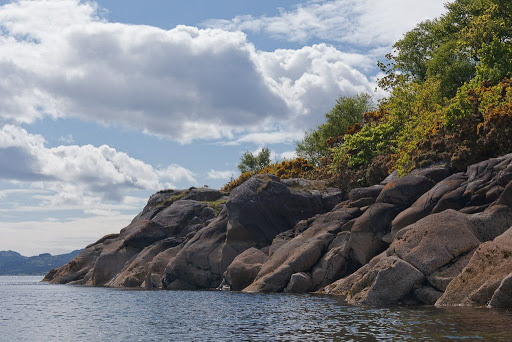 ...until all too soon the trees petered out leaving a bare rocky peninsula announcing our imminent arrival at the village of Furnace. This was named after an iron furnace which was established here in 1755 taking advantage of the abundance of trees that could be used to make the charcoal for the smelting process. The furnace closed in 1813 but was replaced in 1841 by a powder works which also used charcoal from the trees to make gunpowder. This factory came to a very sudden end in 1883. Also in 1841, a granite quarry opened, which supplied cobbles for the streets of Glasgow. The quarry is still in production today.

I am pleasantly surprised that there are any natural trees left.
Posted by Douglas Wilcox at 7:00 am 2 comments: