A new dawn on a favourite paddle. 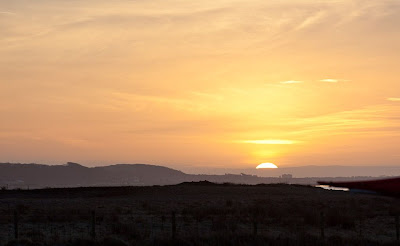 On Sunday we went for one of our favourite local paddles. We met in darkness  at Ardrossan ferry  terminal where we left shuttle cars. We then drove north to Portencross as the sun was coming up. 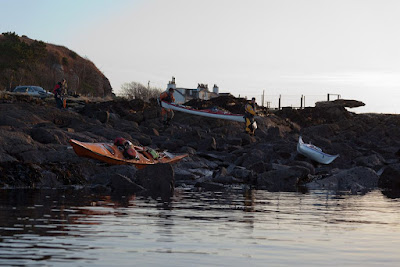 It was low water at Portencross, where we met the Castle Craig Kayaking Club who were planning a similar trip. At low tide this is one of the most awkward launches on the Ayrshire coast. An alternative is to carry or trolley the kayaks 300m to the little beach to the north of the castle... 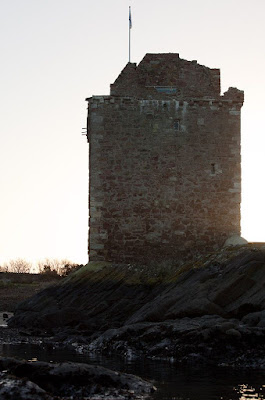 ...talking of which... Portencross Castle has now been restored and will be open to the public on limited occasions from April 2011. 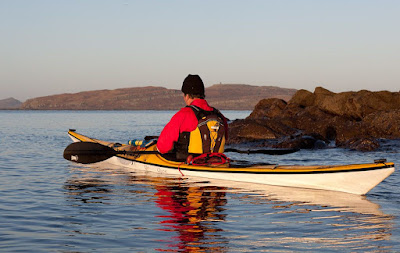 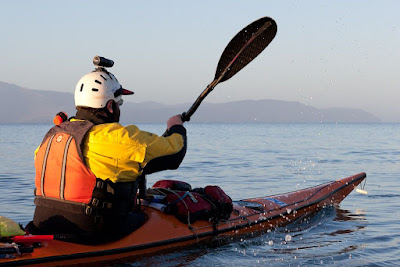 Jim were quickly on the water.

Bruce from CCKC soon caught up with Tony and they swapped stories about their recent 5* sessions on Skye. 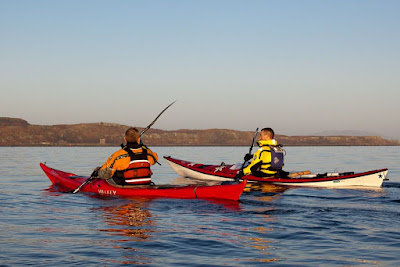 Although Harvey and Rob are both from CCKC, Harvey had just come from Ardrossan but Rob had driven 3 hours from Selkirk on the other side of Scotland! 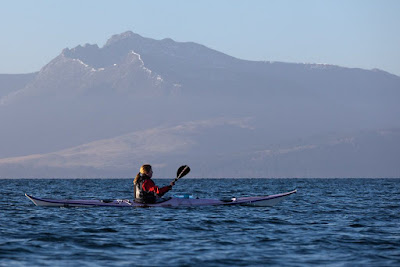 Kathryn also CCKC was more sensible, she comes from Largs just 10 minutes up the road!

Introductions over, it was time to go. We were bound for Arran via the Wee Cumbrae and Bute. Yes, I know we did this just a few weeks ago, but I did say it was one of our favourite paddles!

Posted by Douglas Wilcox at 7:00 am 3 comments: