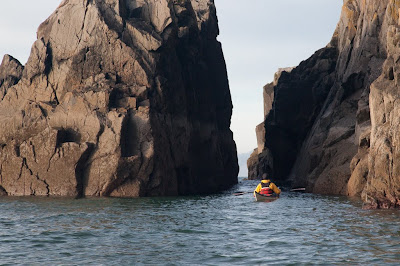 After Crammag Head, the next headland was Laggantalluch Head where we passed the sea stack of Scutching Stock... 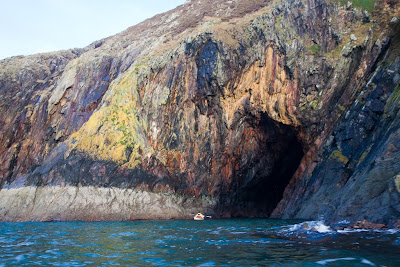 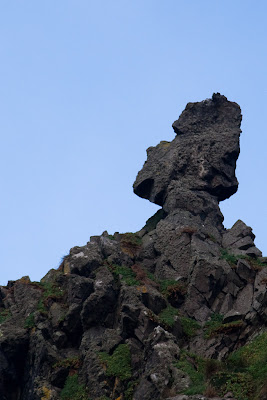 ...Ape Rock, which stands like a simian sentinel above Breddock Bay... 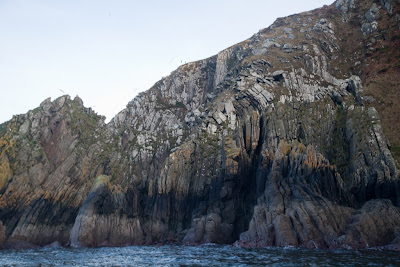 ...and the incredibly folded and shattered strata of Muddioch Rock. 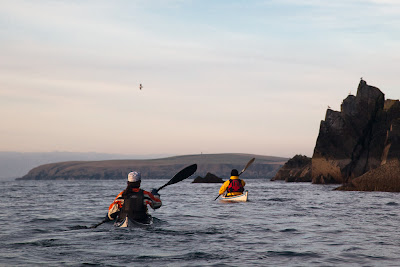 From the rocks of South Lennans, we could see the distant Mull of Logan. David was getting very tired and was very pleasantly surprised that our destination was in Logan Bay on this side of the Mull. 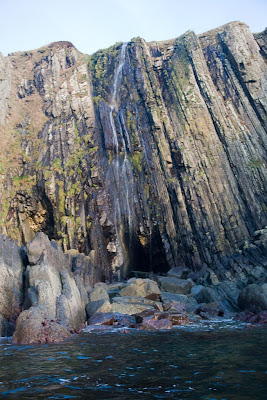 The delicate Lennans Waterfall poured straight over more stratified rocks, which had been folded to almost ninety degrees from their original horizontal alignment. At the foot of the waterfall there is yet another cave. 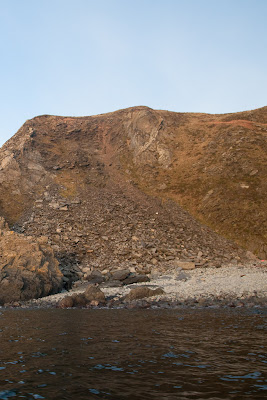 Finally, we found there had been a recent landslide at Green Saddle. There was a lovely little flat area of grass, ideal for camping, below where tons and tons of broken rock now lie. There might be a lesson there...
Posted by Douglas Wilcox at 11:35 am 2 comments: