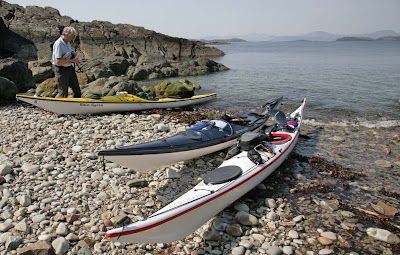 Leaving the fertile grassy slopes of the

Garvellachs, we headed south east for Scarba. It is a barren and rocky isle with few places to land. We stopped here for a second luncheon whilst we waited for a favourable tide in the Corryvreckan. In this view the Garvellachs can be seen in the middle distance with Mull beyond. 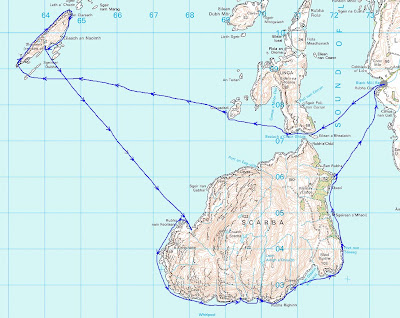 The GPS track of our route. 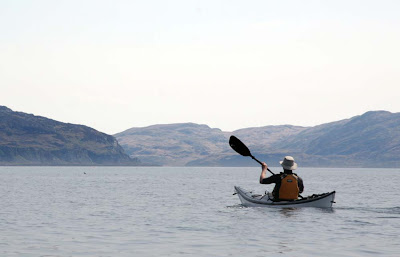 From the Garvellachs the horizon to the south east is blocked by Scarba on the left and Jura on the right. From this distance the Gulf of Corryvreckan, which lies between, them looks like a sheltered sea loch. 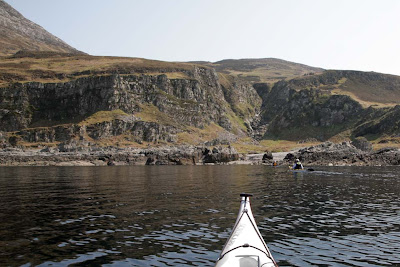 There is a raised beach on top of a line of cliffs which surround most of Scarba's coast. This means that even if you can find a landing spot, access to the interior is barred by the cliffs. No wonder the 5th century monks chose the Garvellachs!
Posted by Douglas Wilcox at 11:20 pm No comments: