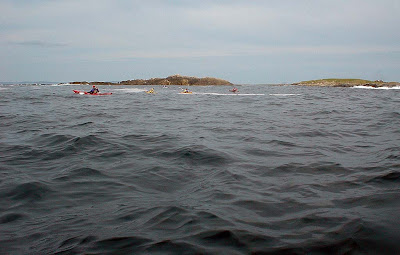 Making our way round the north end of Siolaigh in the Monach Islands, we decided to cut inside the gap between the island and the Odarum rock. 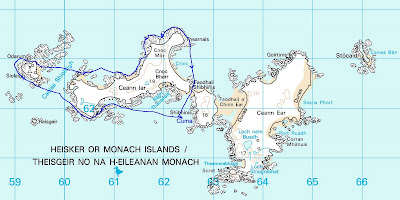 This saved a detour of over 1.5km around the reefs that extend to the NE. 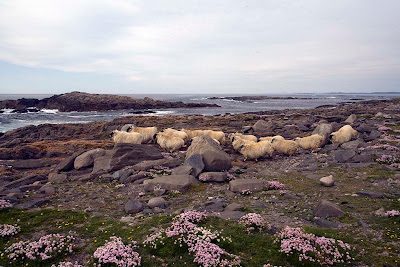 Once we landed we were able to watch the swells marching through the gap which we had just traversed. This small flock of black face sheep kept close together while they circled us inquisitively. 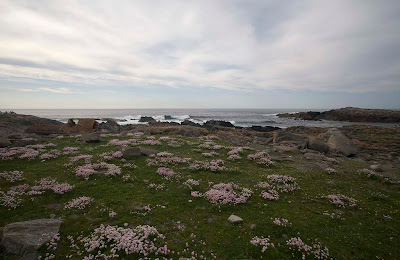 On the shore, high above high water we noticed the rusting remains of an iron ship. She was the Vanstabel a French ship registered in Dunkirk. In 1903 she was driven onto the Odarum rock where she broke up with the loss of all her crew of 21 souls. 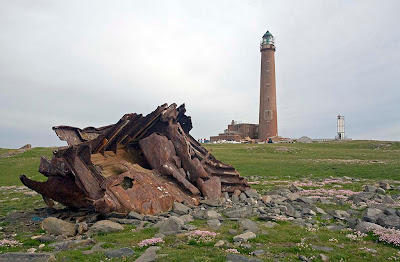 As we walked towards the lighthouse we came across more wreckage from the Vanstabel. 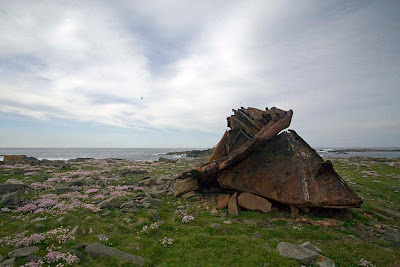 It was far from the shore and high above sea level. It is impossible to imagine the ferocity with which that Atlantic storm had dashed her asunder and thrown the pieces so far inland. 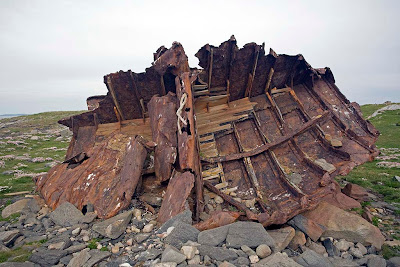 Some of her internal timbers had survived for 105 years on the Monachs. 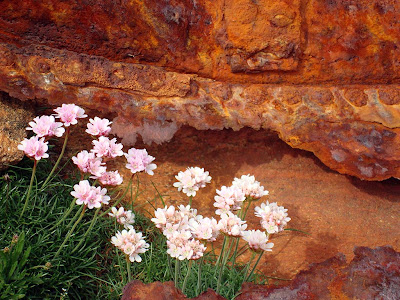