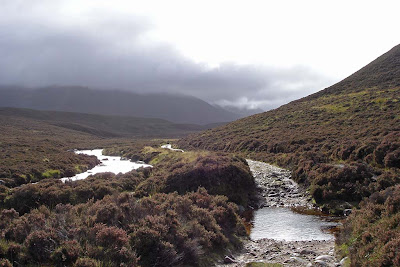 As we made our way further up Gleann Einich we came across the Alt Ruigh na Sroine, the first of many streams to ford. 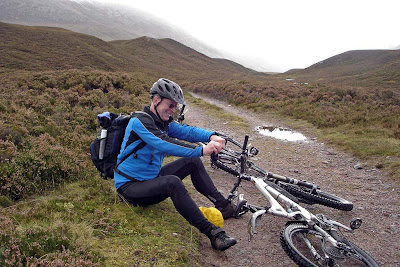 Later on the Beanaidh Bheag river was to prove far tougher and necessitated a change of socks. 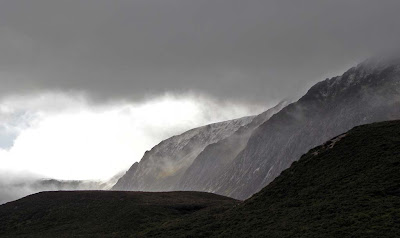 As we gained height the mountain landscape became more dramatic. 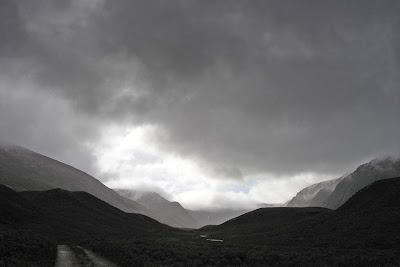 Under wild skies the granite ridges were dusted with the first snows of winter. 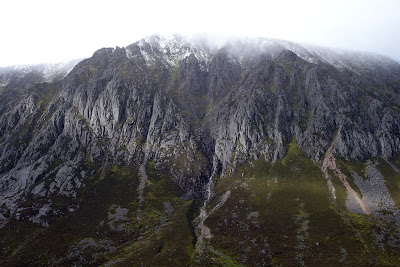 The air was filled with the sound of burns tumbling down from high corries and rattling the boulders in their beds. 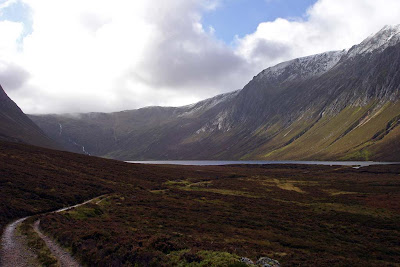 At last we breasted a moraine and below us lay lonely Loch Einich. 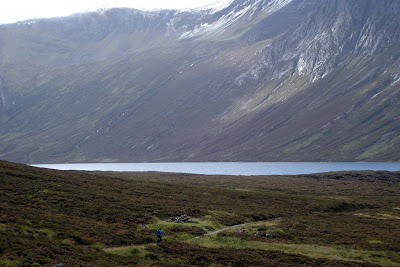 We were dwarfed by the scale of the landscape.

Loch Einich lies at a height of 598m. It is seldom visited, even in summer. On the 9th of September this year, Rothiemurchus Estate's head stalker, Peter Ferguson made a very sad discovery. He found a dead body inside a tent which had obviously been pitched for several weeks. The man had been a writer and photographer. I hope his death was peaceful as he was so far away from help and his family. 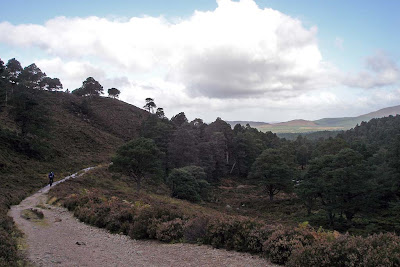 We started the long descent to Glen More as the clouds lowered from the high corries. 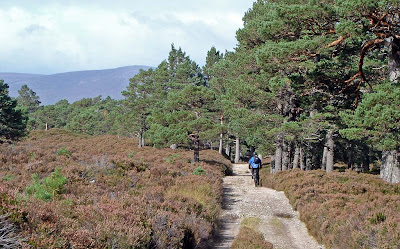 In the valleys it was still autumn and bright October sunshine had yet to give way to winter. 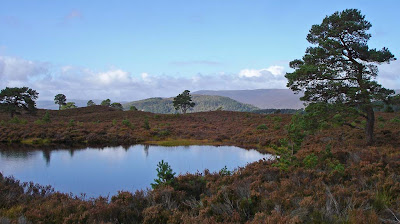 This little lochan reflected the beauty and tranquility of this wonderful place. By 16:30 we were a world away, back in Glasgow.