Heavy industry and some calcareous considerations on Lismore, Loch Linnhe. 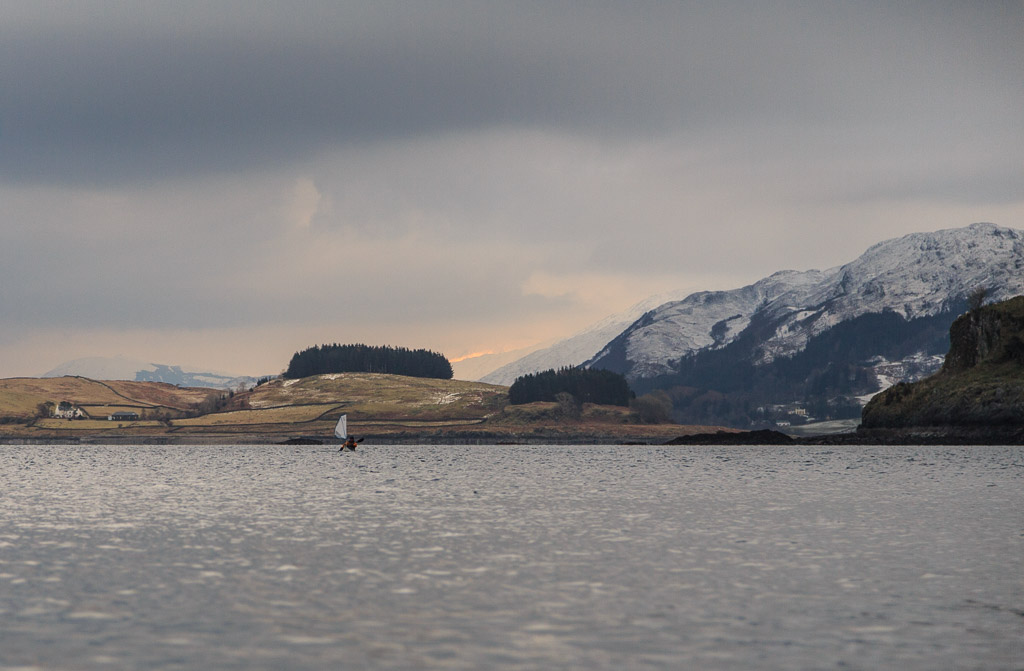 From Eilean nan Caorach we paddled to the NE point of Lismore at Rubh' Aird Ghainimh and entered the sheltered waters.... 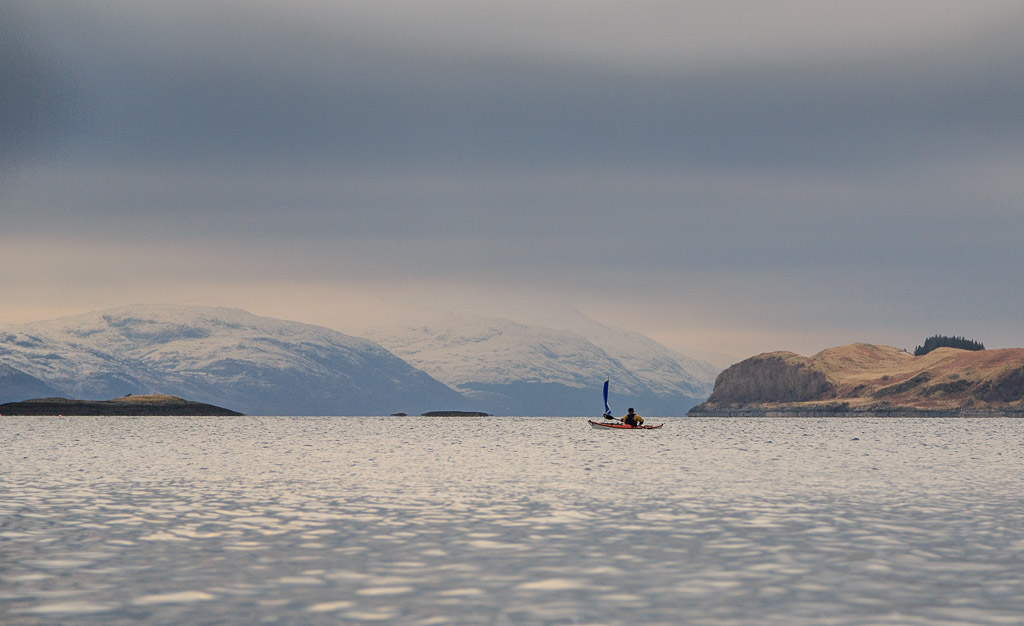 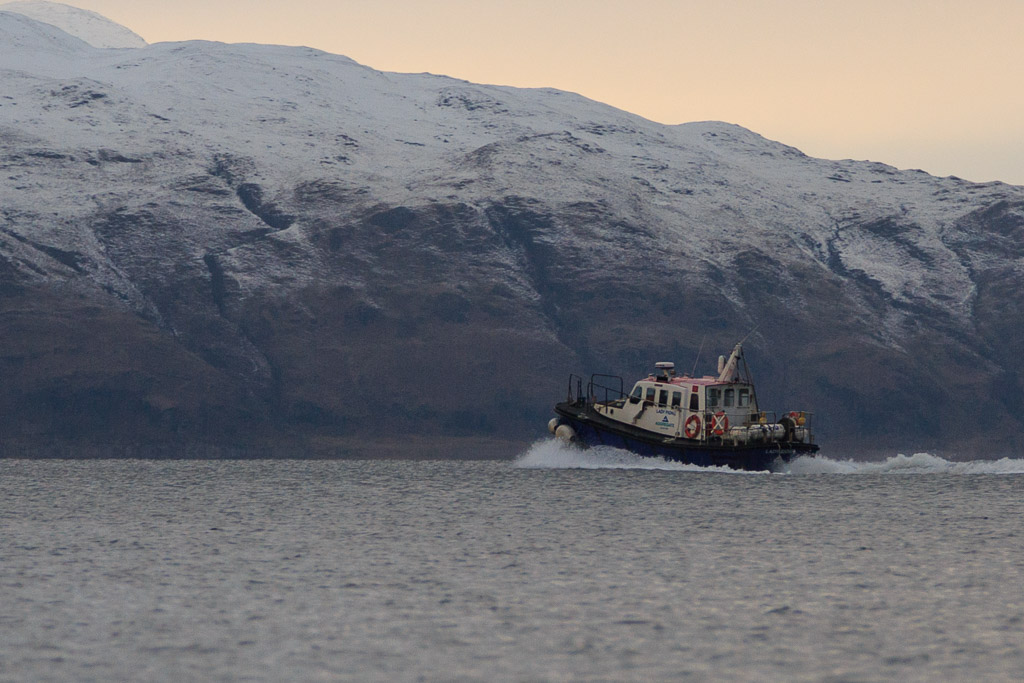 ...the "Lady Fiona" (fast ferry for the workforce of Glensanda superquarry) slowed down to pass us then sped off across Loch Linnhe. 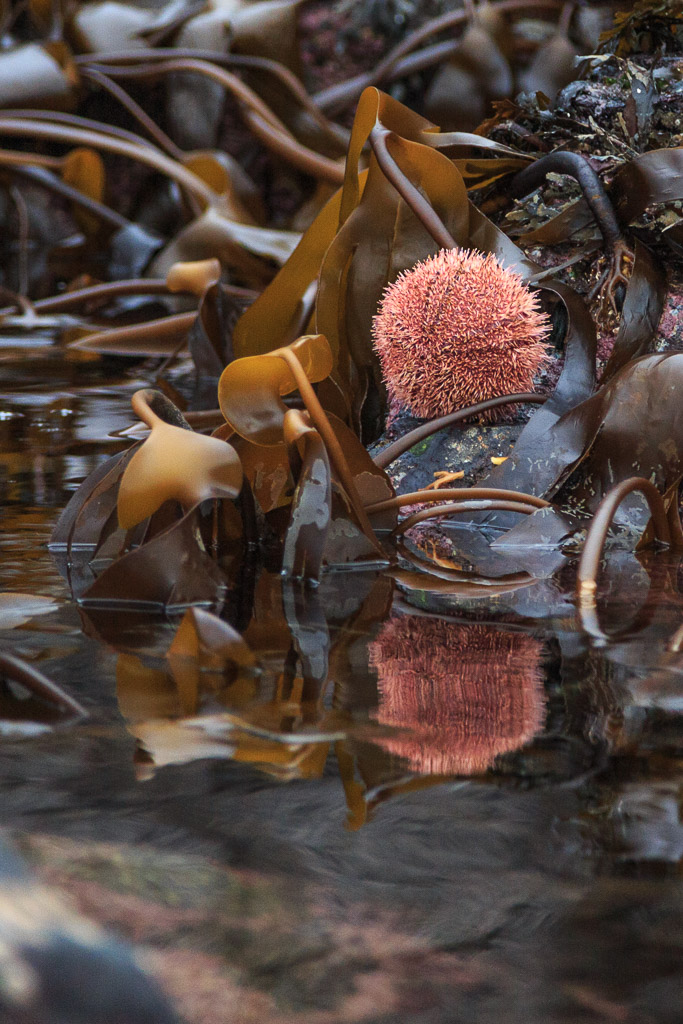 Lismore means "big garden" and it is a very fertile island due to the prescence of limestone. At the NE end it plunges steeply into the sea. This sea urchin had been left exposed by low tide. Earlier we had seen another carried off in the large beak of a great black backed gull. Its spiny calcareous shell would be no protection from being dropped onto rocks by a flying gull. 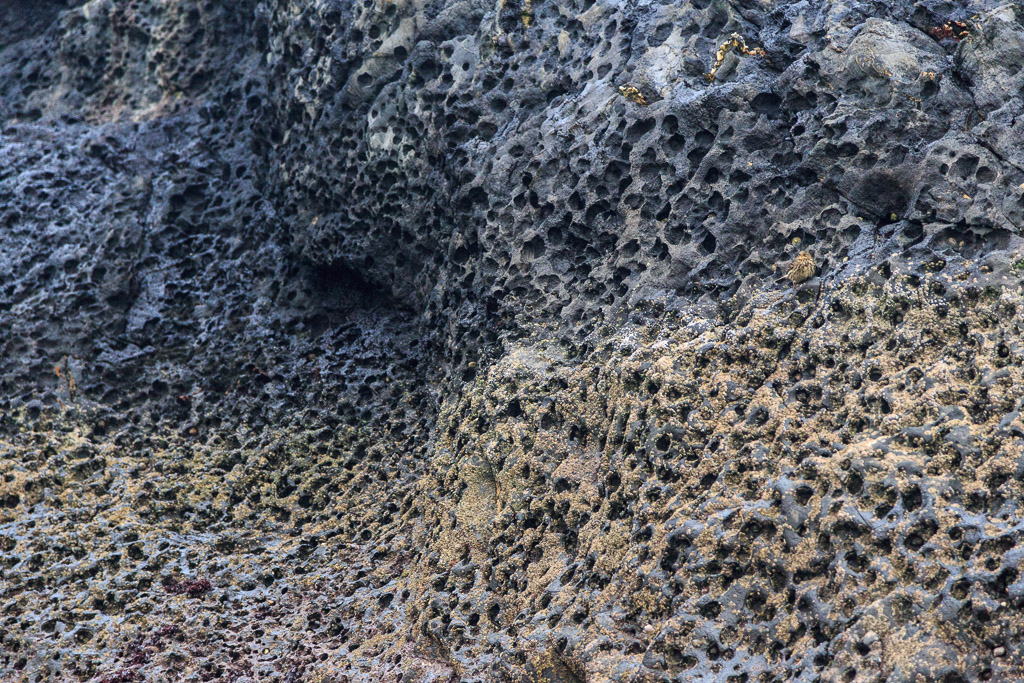 Above the tide line, the calcareous rock itself was interesting here. This is limestone tufa, a type of calcareous sinter. It is formed as carbonate minerals precipitate from water oozing out of the limestone rocks above. 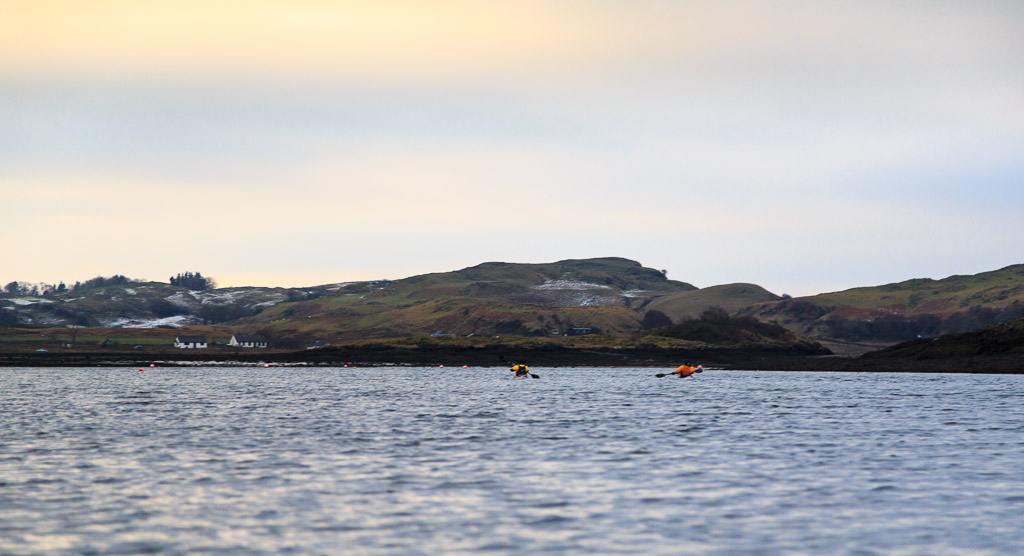 We now paddled deep into the natural harbour of Port Ramsay and approached... 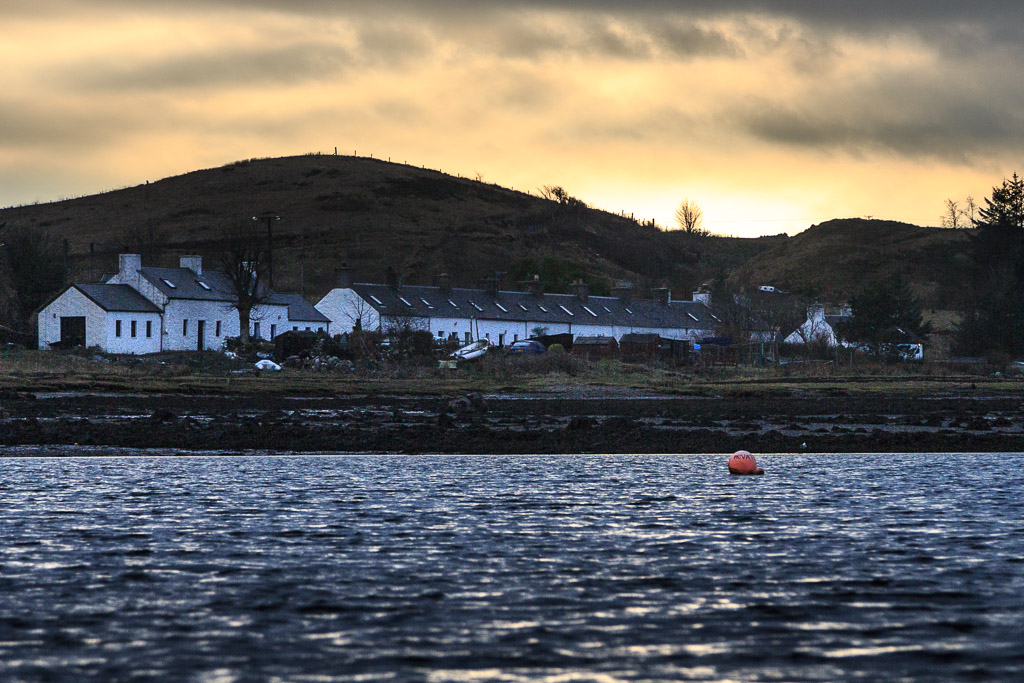 ...the eponymous village, which is the main settlement on Lismore. It was established in the early 19th century to house workers for the lime kiln industry. 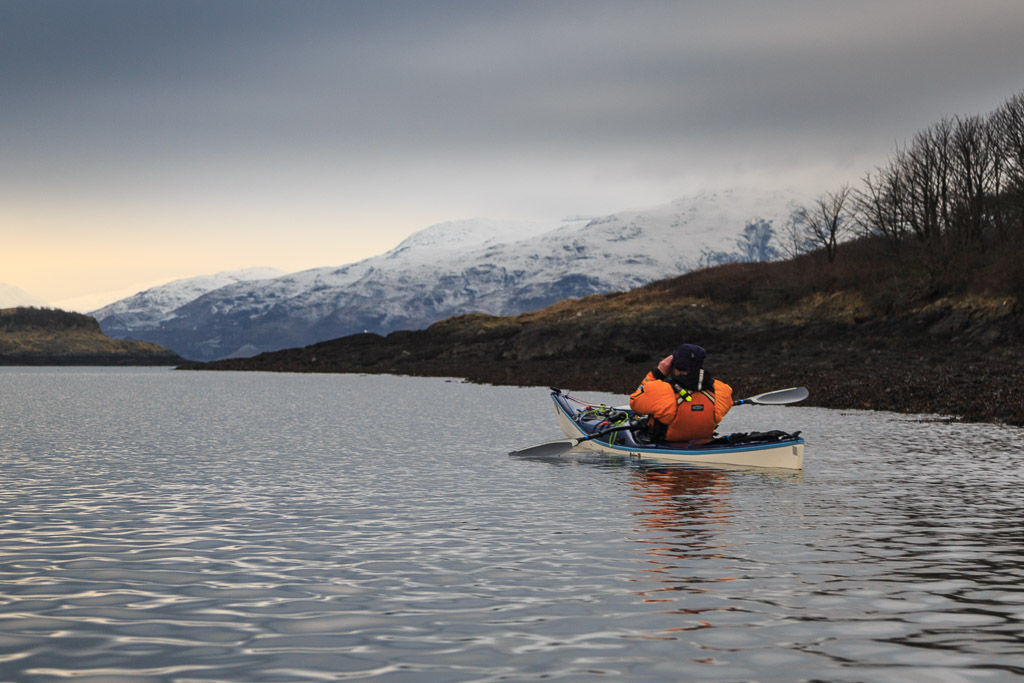 As we drifted between the islands that shelter Port Ramsay we spotted numerous divers. 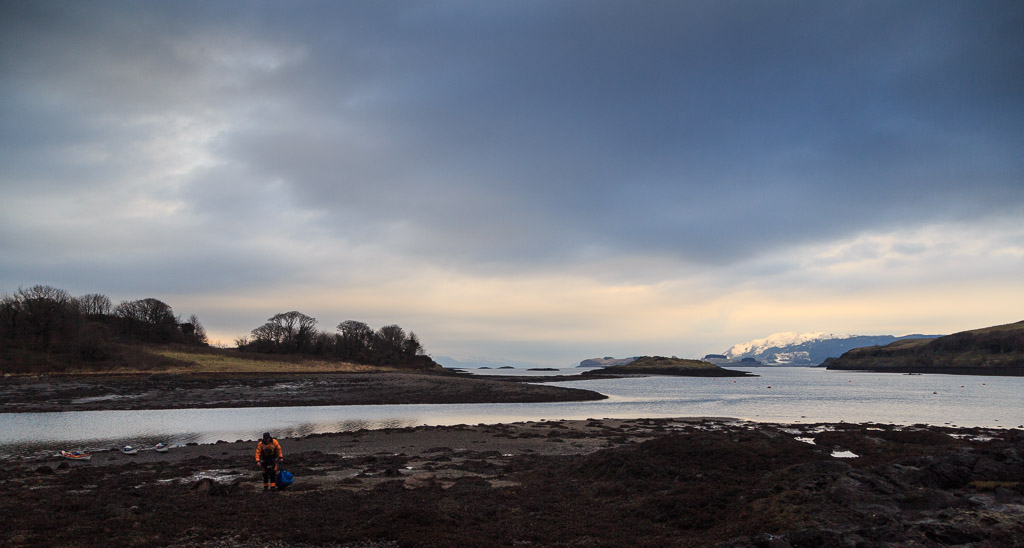 By now it was well past time for second luncheon so we landed on Eilean Trenach where... 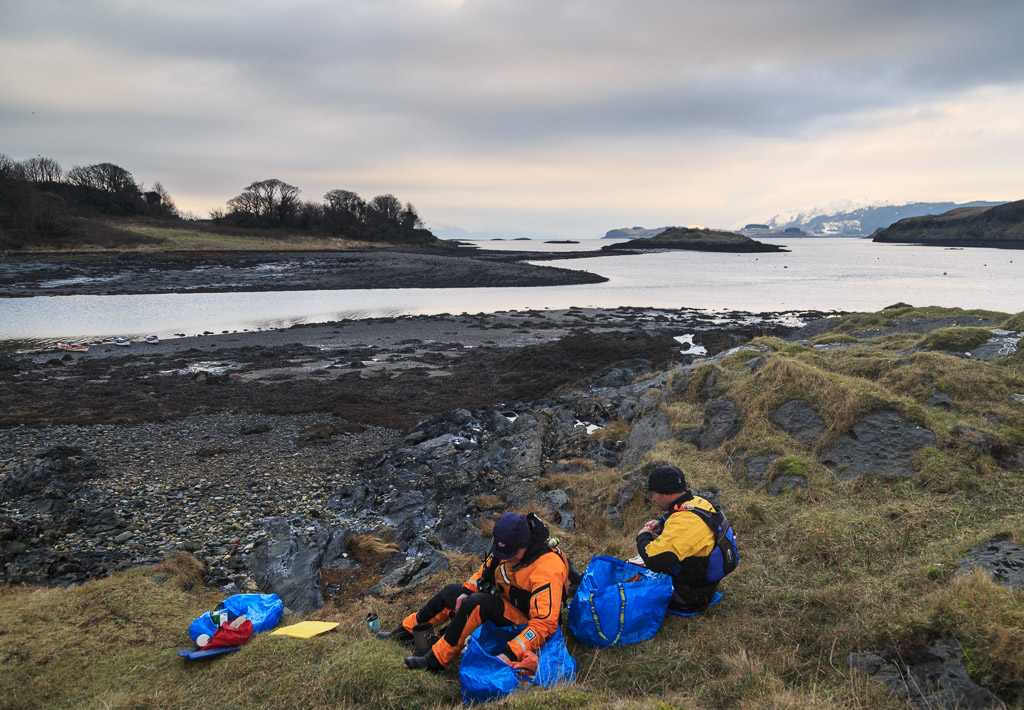 ...enjoyed a wonderful view to the north while enjoying home made soup and a dram of 15y old Dalmore. 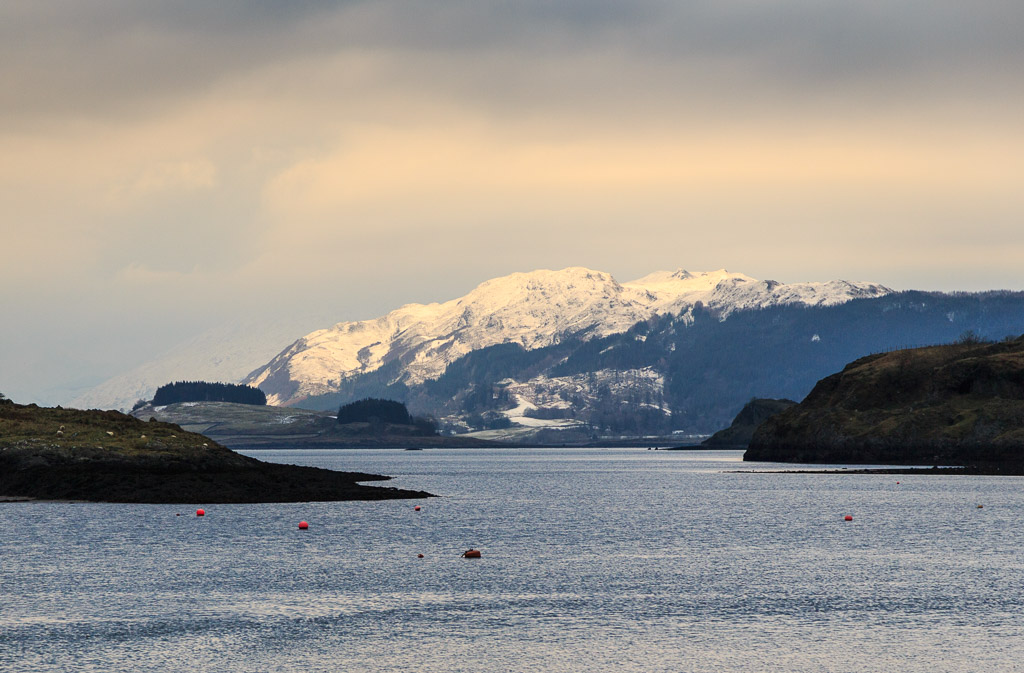 The air was wonderfully clear the snow covered Appin hills stood out against the wintry sky. It was hard to imagine that, for well over a century, this landscape would have been hidden behind black smoke and fumes belching from the numerous lime kilns scattered round the islands. Of course there is still heavy industry here. One of the World's biggest quarries, Glensanda, is just 6km away on the other side of Loch Linnhe. We visited Glensanda in 2010.