Fellow travellers in the Sound of Islay. 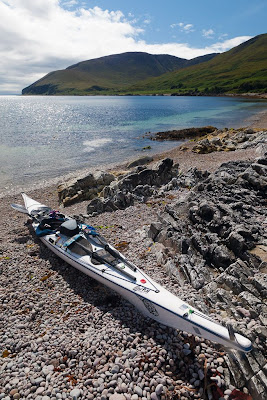 When we eventually emerged from An Cladach, the sun had broken through the clouds and... 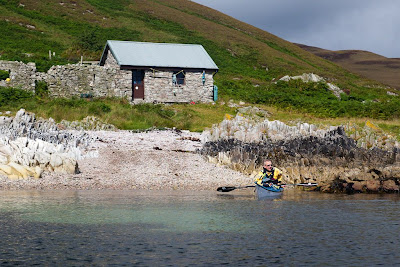 ...we left the bothy in full sunshine. 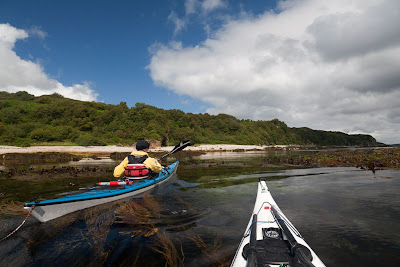 As we paddled up the coastline of Islay we noticed that the shingle shores were... 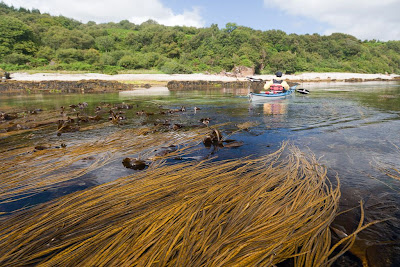 ...passing by ever more quickly. The north going flood was already gaining strength. 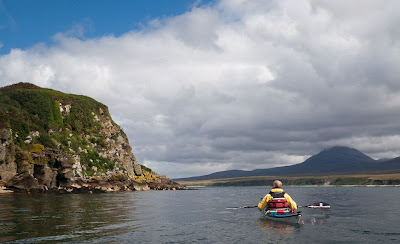 Where the Sound of Islay began to narrow.. 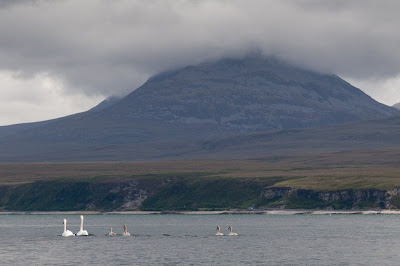 ...we joined a family of swans, which was also taking advantage of the tide. We paddled on together, under the Paps of Jura.