The siren calls of Ailsa. 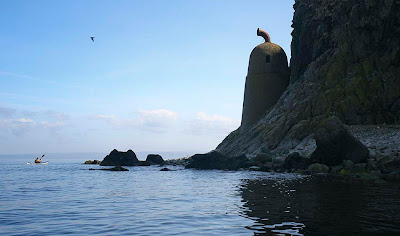 Emerging from the shade of Bare Stack we passed the north fog horn of Ailsa Craig. The north and south sirens were built at the same time as the lighthouse. An oil engine in the lighthouse buildings ran a compressor which fed air through pipes two and a half inches in diameter to the siren towers. 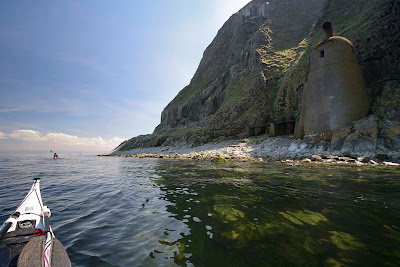 In Greek mythology, sweet singing sirens tempted ships to destruction on the rocks. Ailsa's sirens bellowed like a bull and had quite the opposite effect on sailors. 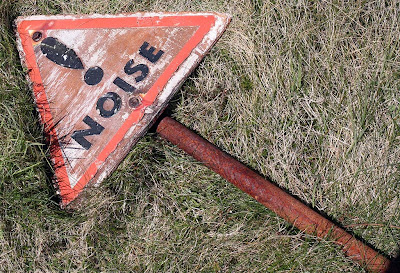 This warning sign is redundant. The sirens are long silent. 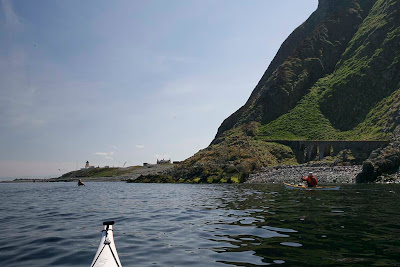 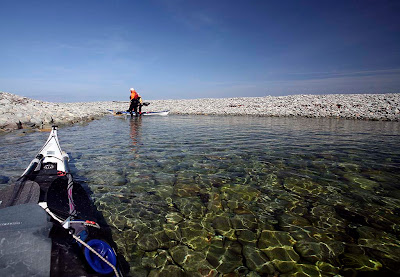 We landed gently in a little bay of stones.... 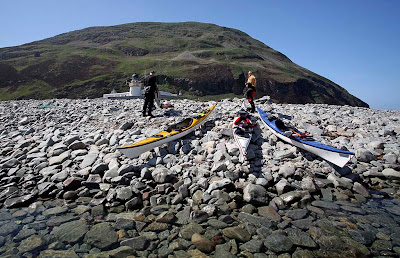 ...before starting on our long climb to the lofty summit of Ailsa Craig.