Surf's up on Ayrshire's Atlantic coast! 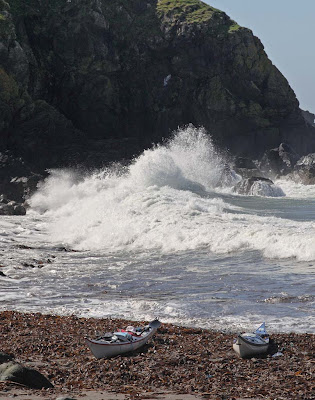 Yesterday the surf was up on Ayrshire's Atlantic Coast. 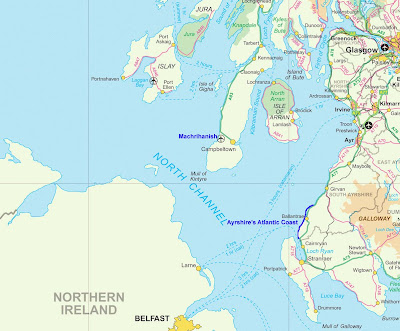 Most people think the Ayrshire coast is a sheltered backwater in the Firth of Clyde. However, its southerly aspect is exposed to the North Atlantic through the North Channel between Ireland and Scotland. Add to this, steep surf beaches such as at Ballantrae, the tide race of Bennane Head and a coast remote from roads with cliffs, caves and reefs and you have the recipe for a great day out! Magicseaweed.com was predicting a surf height of 10.5 feet and period of 13 seconds from the NW at Macrihanish. Weather forecast was for force 4 SW dropping to 2 then increasing to 6 southerly.... just perfect! 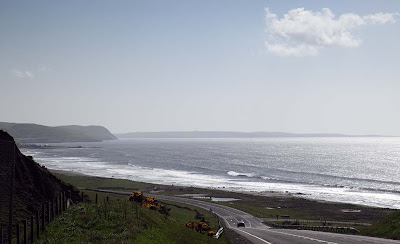 Driving south towards Ballantrae the road rises over Bennane Head. What a prospect lay before us. Peeling surf as far as the eye could see! 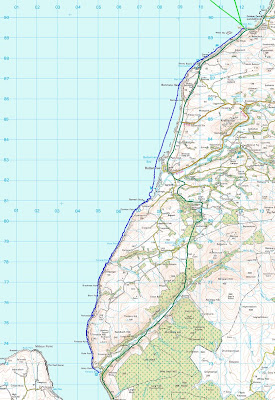 We launched at Finnarts Bay on Loch Ryan and paddled north to Lendalfoot. Unfortunately the car park by the beach at Finnarts Bay is in the process of being converted to a caravan park and vehicular traffic has been blocked. It looks like they might be constructing a new car park well behind the beach so I hope that public access will not be blocked. It does now mean quite a long carry to the water though. 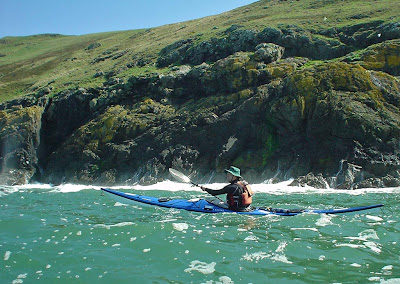 Within minutes of launching we were enjoying some superb sea kayaking below bold cliffs and ... 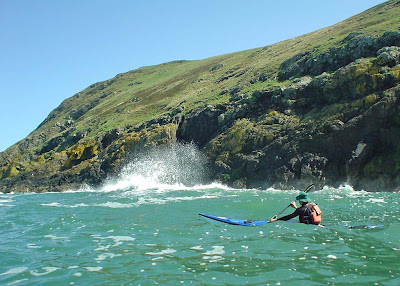 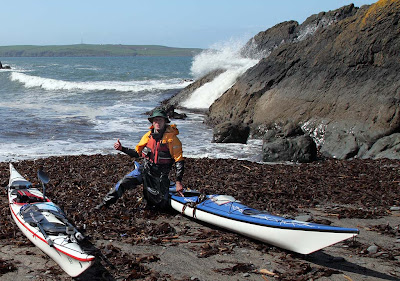 It was soon time to stop for luncheon but there are few landing places on this coast. Little Portandea came into view between the backs of huge crashing surf monsters. The seakayakphoto.com luncheon club is not put off by such things and we steamed in between two huge sets. Billy said "do you hear that one?" as a huge wave crashed over the protecting reef behind... 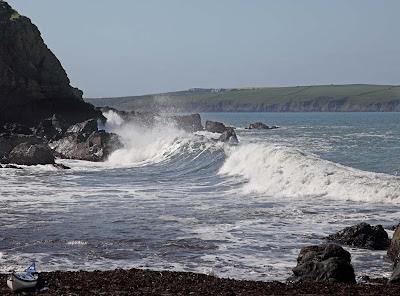 ... then smashed into the little bay. During a very pleasant luncheon we were able to observe the effects of succesive waves on the cliffs. Boulders were rumbling and being tossed about the steep beach by the heavy surf. 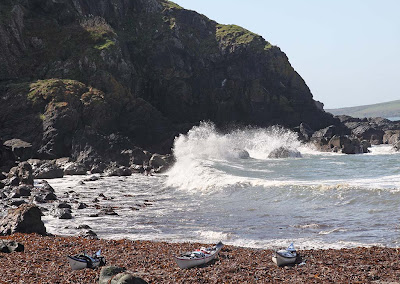 Our kayaks looked mighty frail sitting there! After lunch we then enjoyed a very exciting launch. 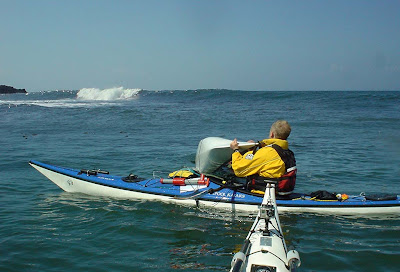 Refuelled, we then made our way up to the surf beach at Ballantrae. What a hoot! Well spaced peeling monsters were making their way shore wards at 20km/hr.

After a while it seemed only right to do some practice surf rescues. Billy volunteered to get wet as he was keen to test out his new Fourth Element gear. Please note, this is not a very safe arrangement of kayaks with a large approaching wave! I turned parallel to Tony and rafted up well before that next peeler arrived! 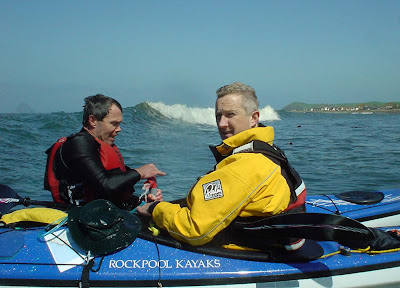 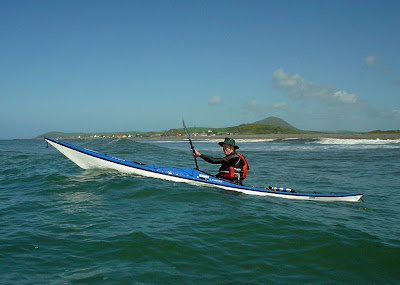 ... and Billy is on his way again, delighted with the effectiveness of his Fourth Element thermocline top and shorts. 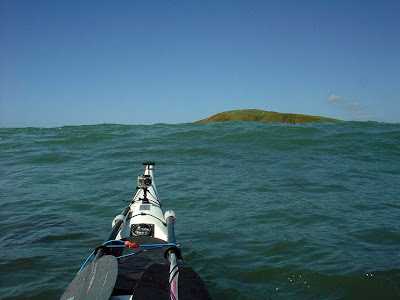 Next we had to negotiate the race at Bennane head. It was neaps but we had timed it so that we were rounding the headland 3 hours after the turn of the tide. There were some huge swells and the water off the head was very confused and so there are no photos in the race itself. 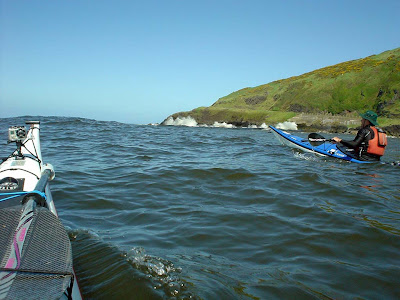 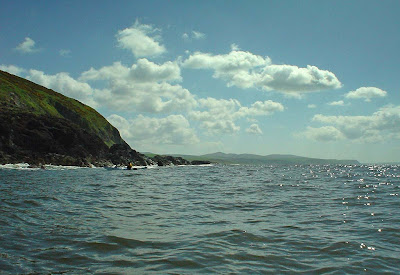 The end of a perfect day.