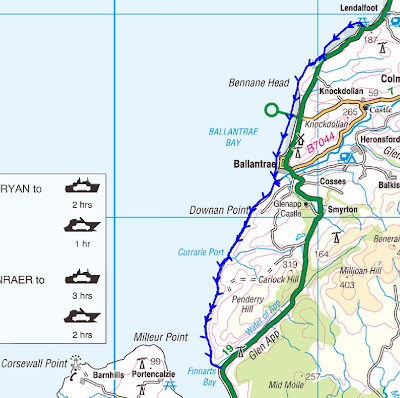 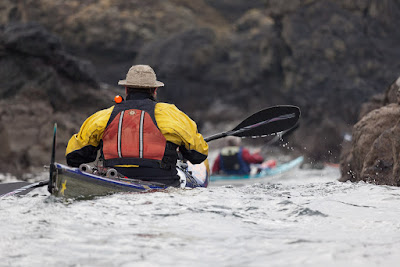 Exploring the geos of Bennane Head. 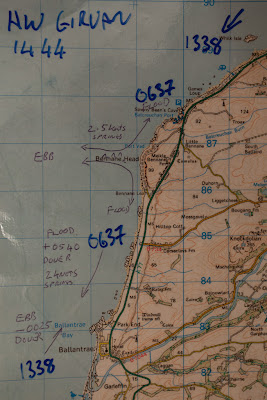 Bennane Head tidal streams:
The tides round Bennane Head are rather interesting. As the flood rushes up the Firth of Clyde, through the North Channel, you might expect it to flow north all the way up the Ayrshire coast. However, it hits Bennane head and splits, so south of the Head the flood is south going!

On the ebb the two streams reverse and travelling at 2.5 knots, they collide off the Head.  This disturbed water can get even rougher against a SW wind.

For kayakers, unless you hit the Head at slack water, you will need to paddle against the tide on one side of the Head or the other.

A long shuttle to Loch Ryan...

A solitary perch on Whilk Isle.

The Cannibal's Cave and Skippy the Bush Kangaroo!

Bums on seats round Bennane Head.

Drouthy kayakers give Ballantrae a miss.

Don't look a vet's gift horse in the mouth.

An unadventurous lot, down on Ayrshire's Atlantic Coast.

Skipping along the Ayrshire coast.

Portandea, any port in a storm.

Nightfall and landfall in Loch Ryan.