Landfall in an Oronsay midden. 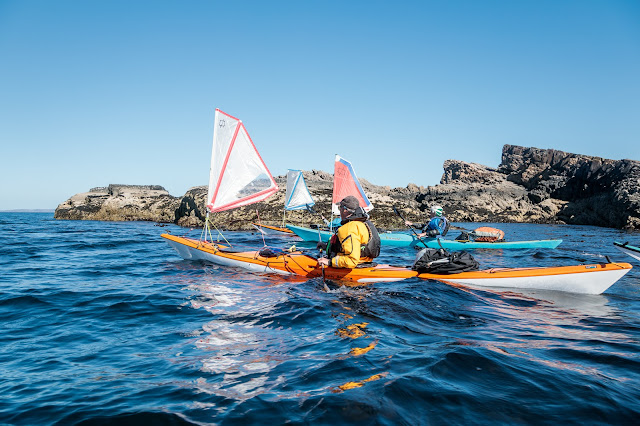 We set off from Ruantallain on Jura for the distant isles of Oronsay and Colonsay which were just a thin blue line on the western horizon. 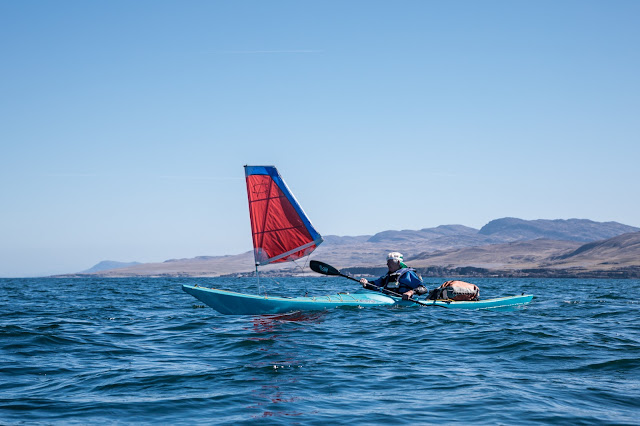 The breeze was from the NE and proved very helpful as the total crossing from our camp on Jura to landfall on the western tip of Oronsay was 19km.] 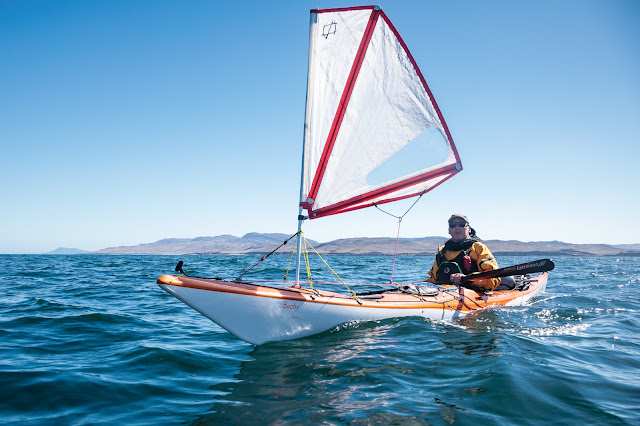 Soon the hills of Jura, and away to the north, Scarba slipped astern. 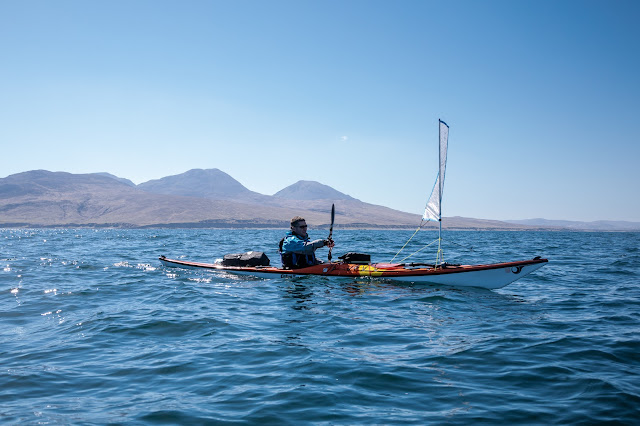 Even the mighty Paps of Jura diminished as we reached a third of the way across and... 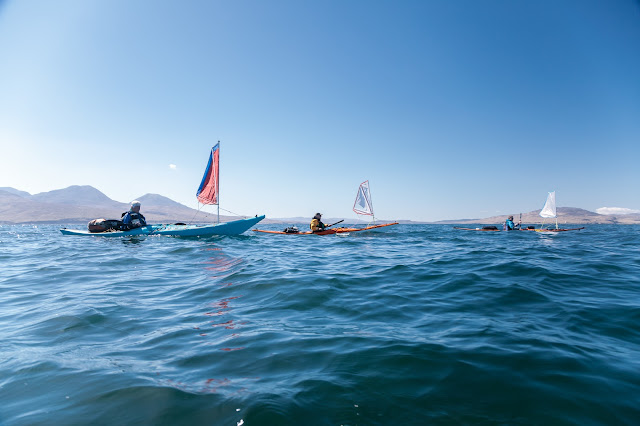 ...could look straight down the Sound of Islay. 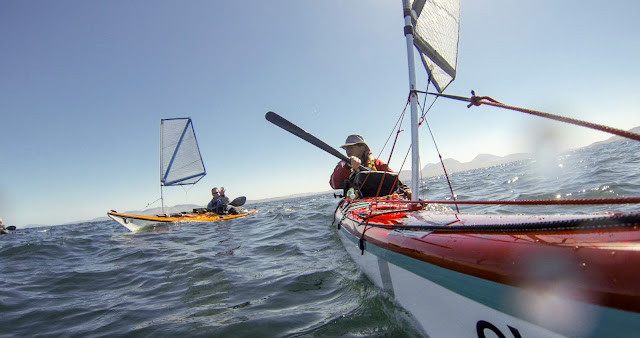 In mid crossing the wind increased to the top of a F3 gusting F4 and... 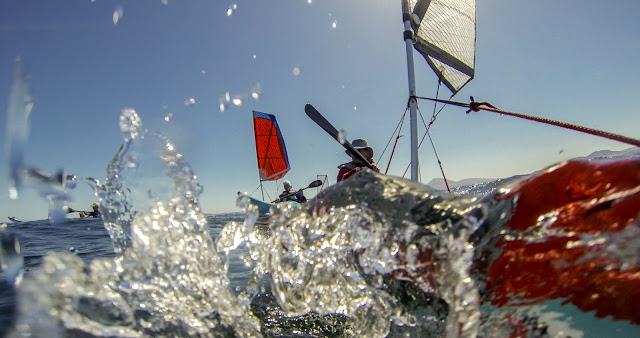 ...we revelled in the wonderful conditions. 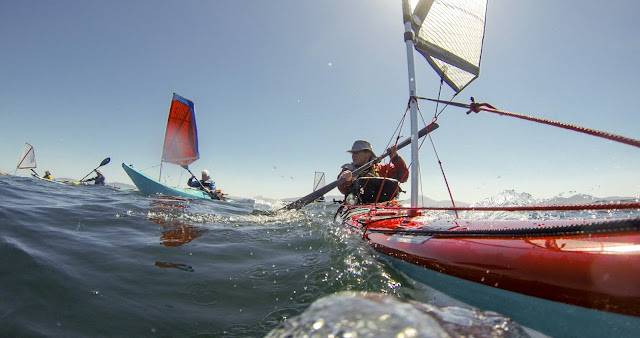 Sam does not yet have a sail but he has the benefit of youth and as huge set of Double Dutch paddles. 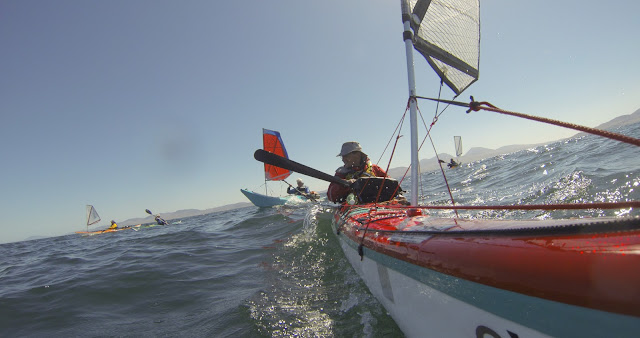 Even so, at this point the paddle sailors had to back off a bits o that we stuck together. 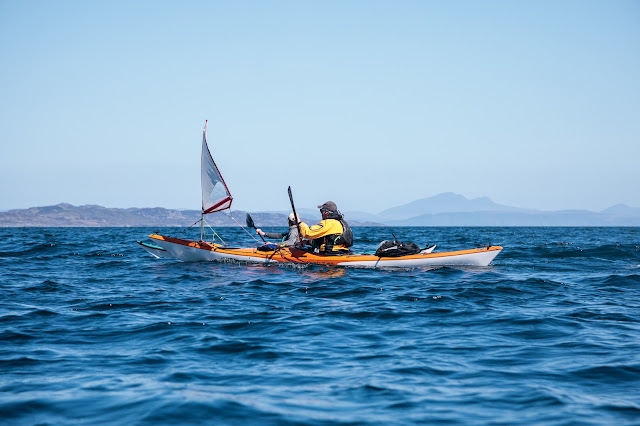 Slowly the low isle of Colonsay began to take shape. Forty seven km away to the north it was Ben More on Mull that dominated the horizon at 967m. 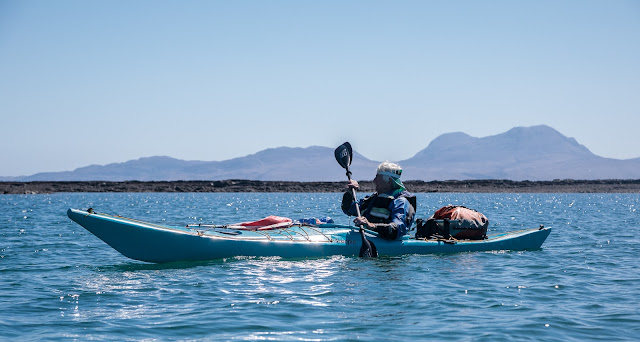 The eastern beaches looked inviting but were exposed to a cold NE wind so we paddled in behind the reef of Leac Bhuidhe into... 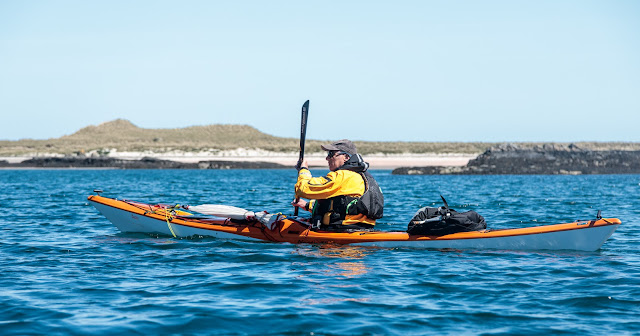 ...a sheltered lagoon used by our ancestors. Indeed we landed below one of their rubbish dumps. The giant shell mounds date from the mesolithic age when humans first visited theses islands some 7,500 years ago as the spread north and west as the Ice Age retreated. The mounds are mostly composed of limpet shells but there are also bones of deer, dolphins and great auks. 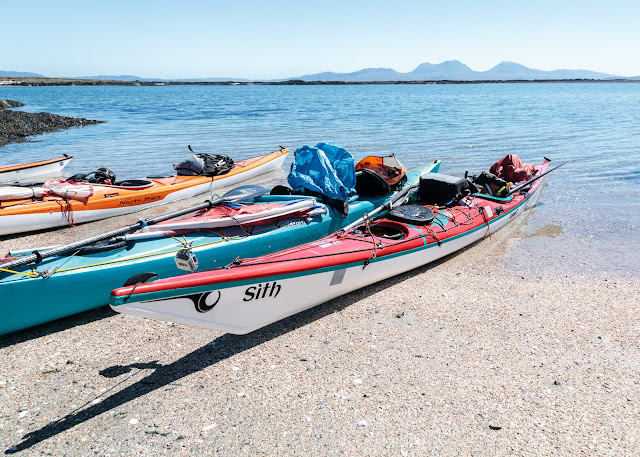 We made landfall on this pristine beach much as our ancestors had done. Like them we were... 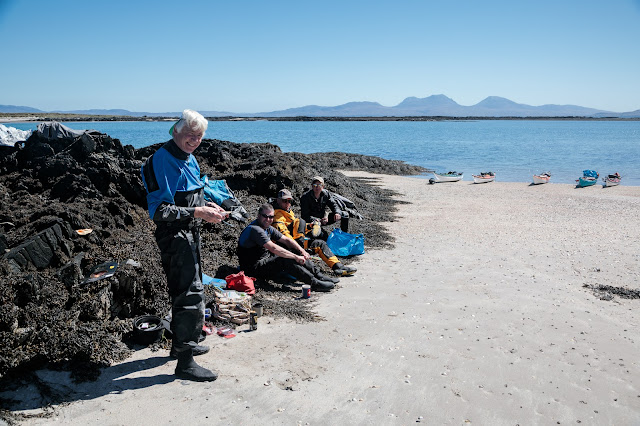 Posted by Douglas Wilcox at 9:24 am 6 comments: