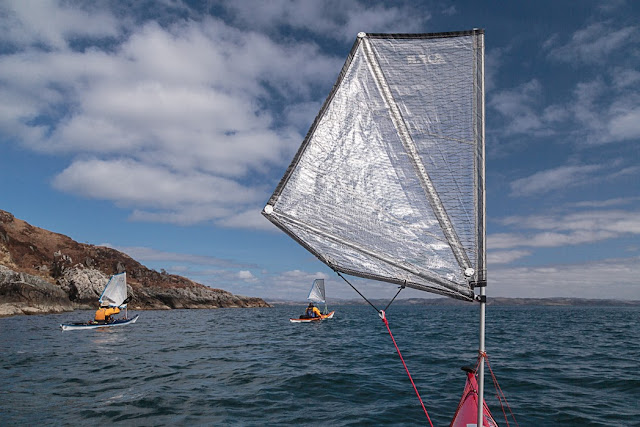 As we made our way up the coast of NE Jura a southerly breeze began to pick up and... 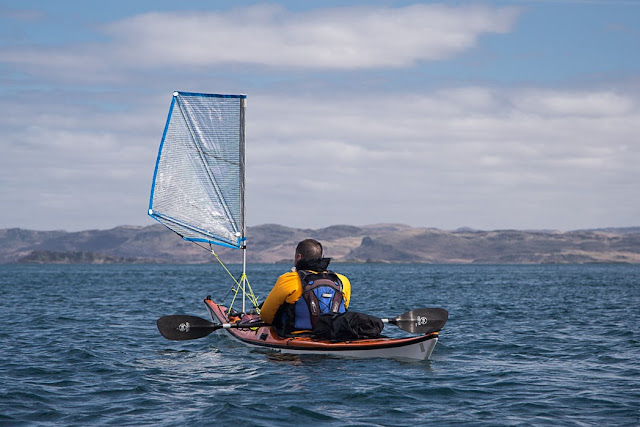 ...it was strong enough to take an occasional rest to admire the local inhabitants. 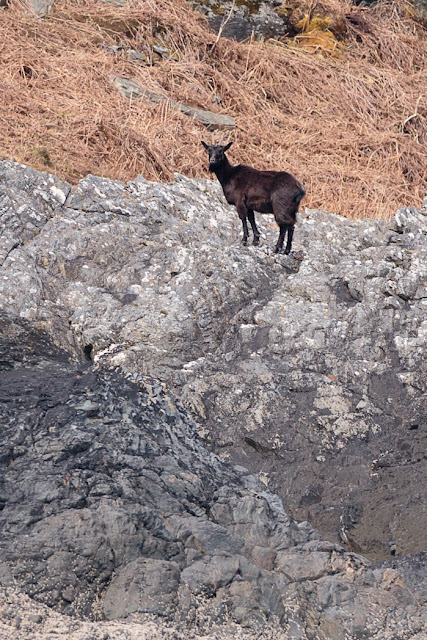 Goats and particularly deer greatly outnumber the human inhabitants. Indeed Jura is one of the least densely populated areas in Scotland. 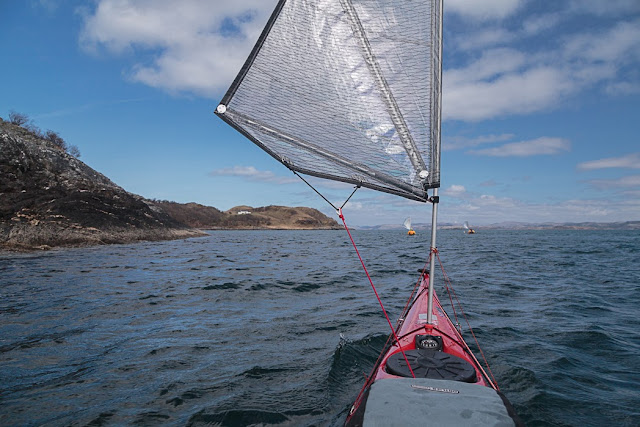 We made great speed up to the prominent house at... 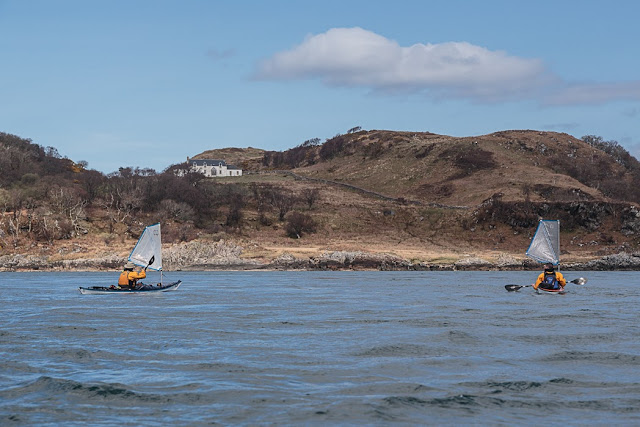 ...Barnhill. This remote spot was chosen by George Orwell (real name Eric Blair) to recover his health after the war. He rented Barnhill from the Fletcher family (who still own and rent it) from 1946 until he died in 1950. He wrote the novel "1984" here between 1946 and 1948. 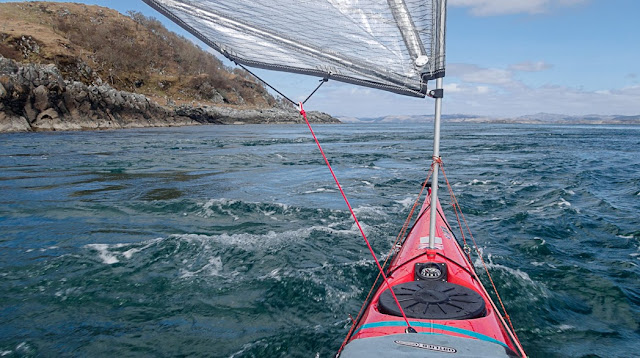 Beyond Barnhill, the current in the Sound of Jura really picked up and it accelerated us up to 14.5km/hr and... 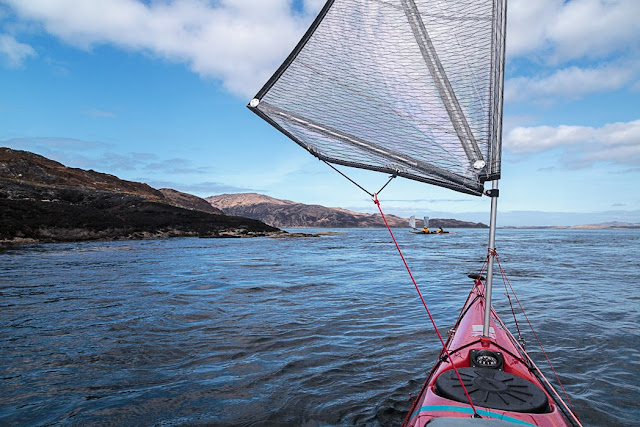 ...on towards the eastern end of the Gulf of Corryvreckan which separates jura from Scarba. 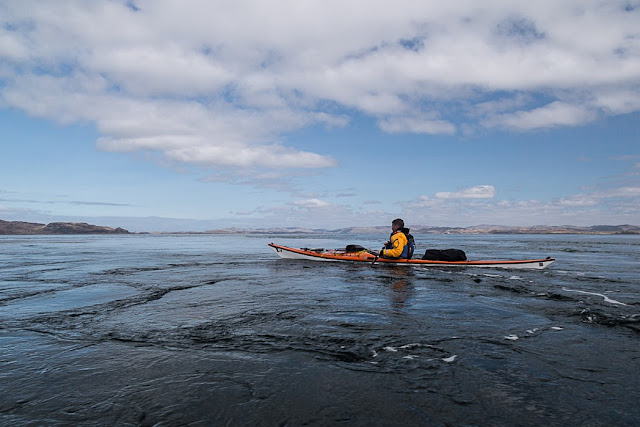 Great boils of water rose from the inky black depths of the Gulf and given the swell we expected to meet at the western end, it would have been foolish to continue through the Gulf until the flood tide had eased. 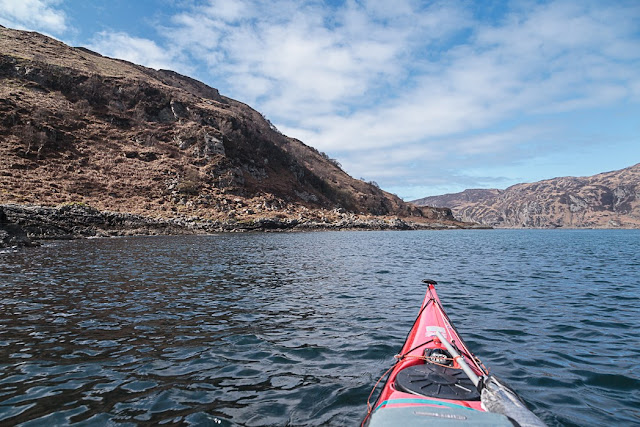 I knew of an eddy within the eastern end of the Gulf which is backed by... 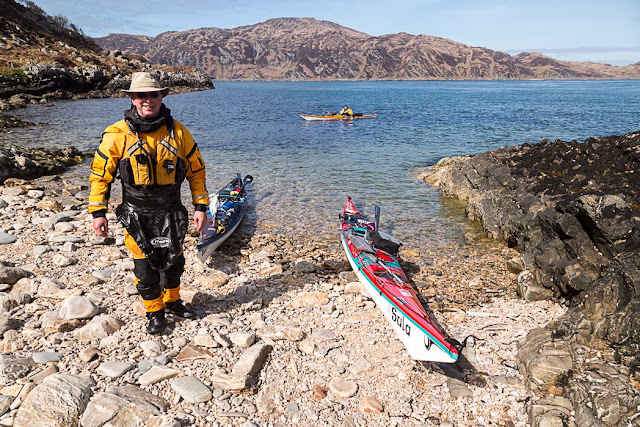 ...a tiny bay called Port nam Furm (Port of the Chair). I had told the others that this was Gaelic for Last Chance Saloon! I had camped here with Tony in 2007 and stopped here with Jennifer, Phil and Tony in 2010.

When Tony and I camped we had time to climb to the N end of Jura to watch the flood which was at neaps, on this occasion it was almost springs. 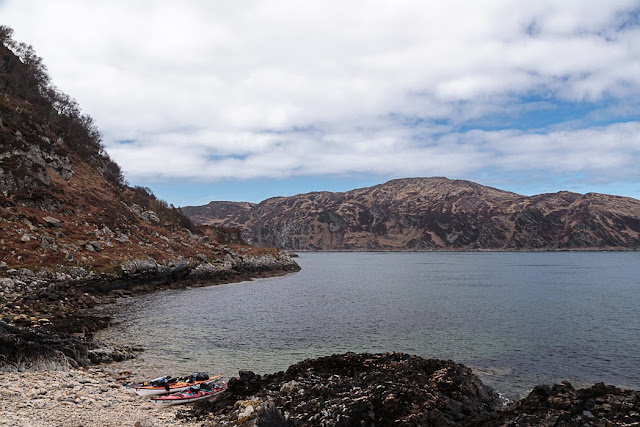 It was rather frustrating sitting in the shelter not being able to see round the corner to the dreaded west end of the Corry. We wanted to arrive there at slack water which was at 16:10 (see here for how to calculate slack in the Corryvreckan) so we decided to wait. 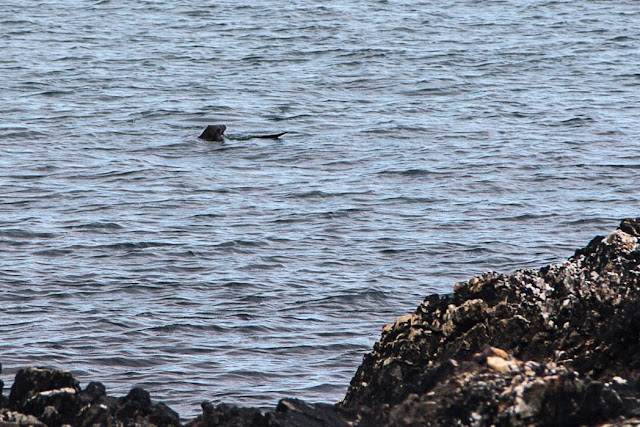 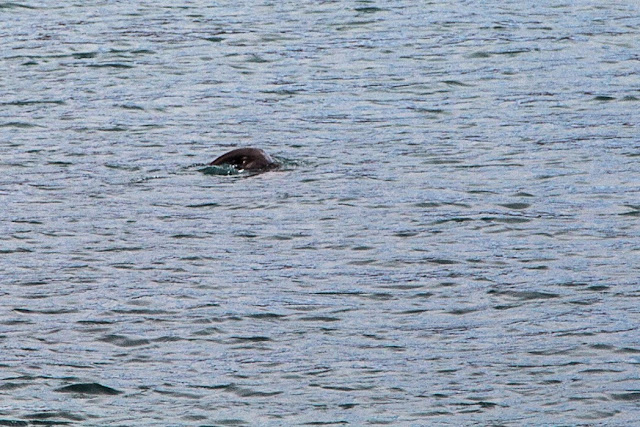 ...plenty of entertainment while... 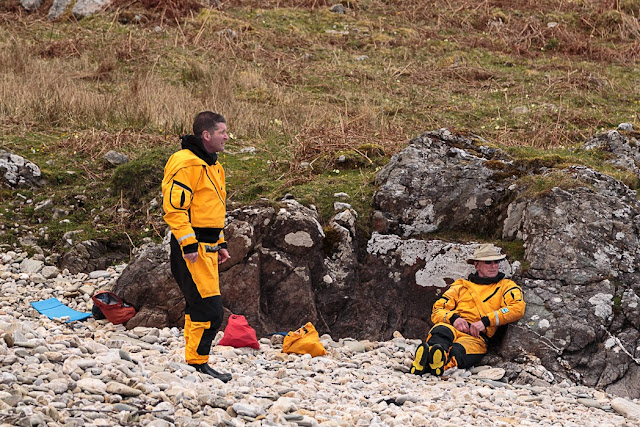