Our cups runneth over on Inchmarnock's fair strand. 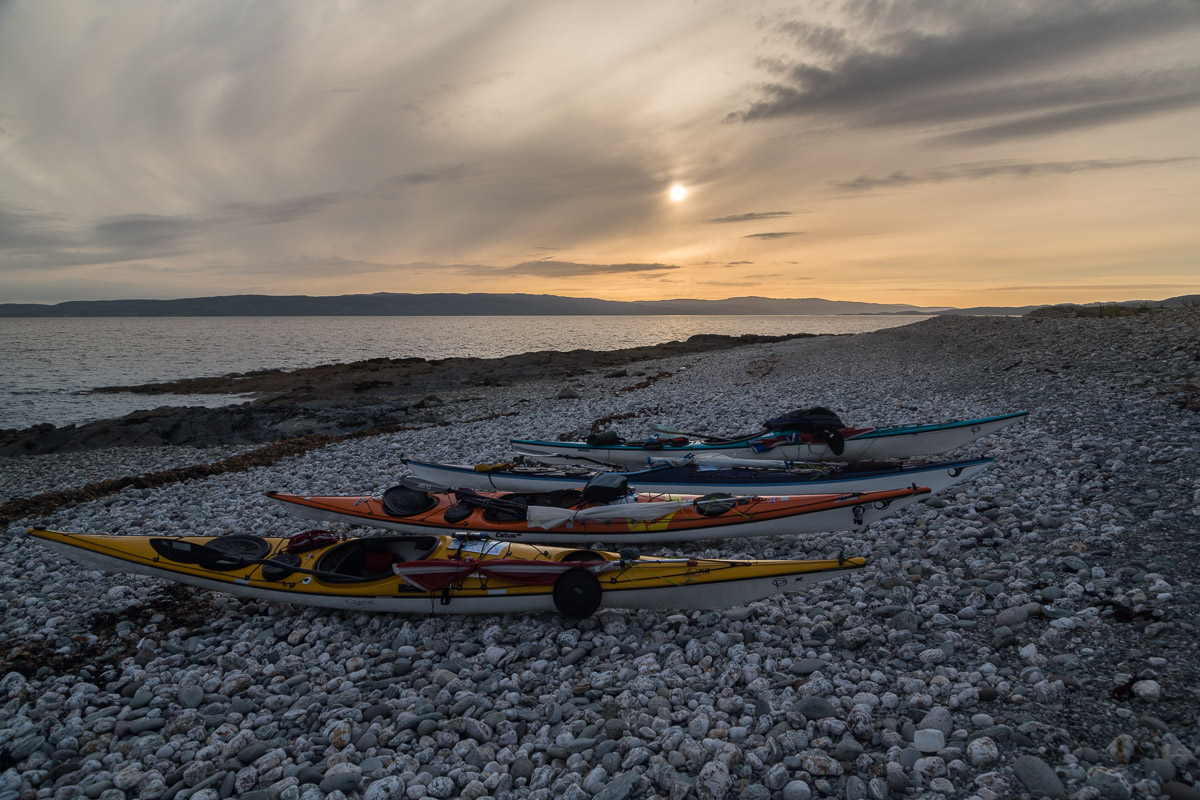 We  drew our kayaks up on a cobble beach on Inchmarnock as the sun was going down. 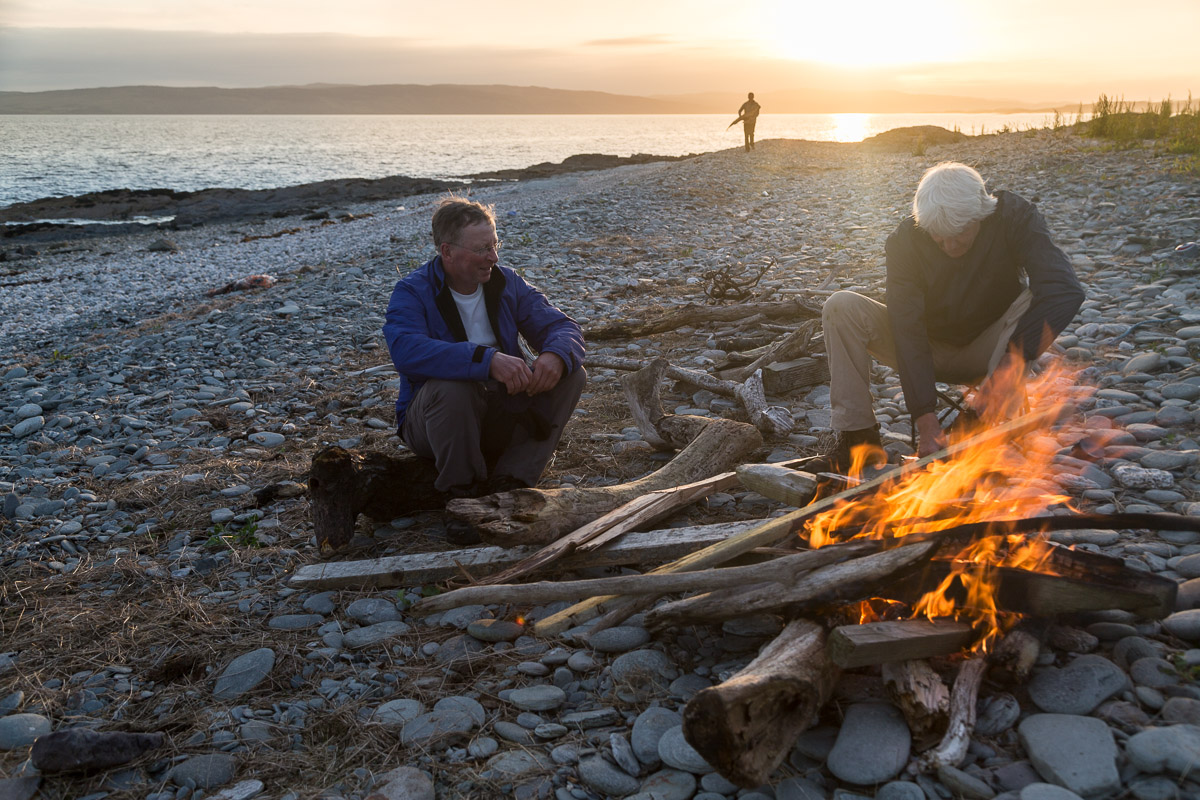 We soon gathered small supply of wood for our fire. There was a surfeit of driftwood along this shore.  Native American people had a somewhat disparaging term for this type of fire, which they called "a white man's fire". However, the wood was so well seasoned that it produced almost no smoke. Being broad minded we would take no offence in how others described our fire. Admittedly it did add to the carbon footprint of our otherwise green trip but we were not burning fossil fuels. Almost all of the wood was from trees that had been carried down the great rivers which feed the Firth of Clyde. 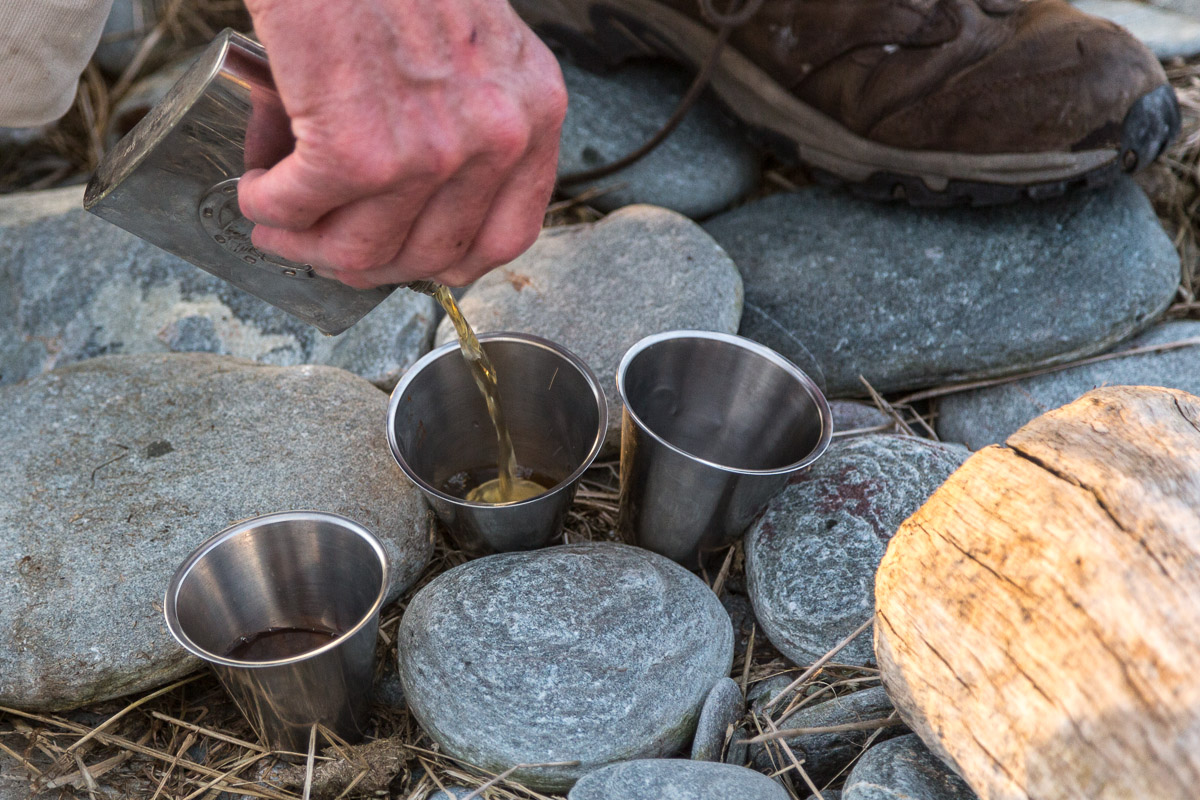 It was now time to pour some excellent 15 year old Dalmore. Note the confident and experienced way in which David poured this fine distillation of the grain of the Earth. "Only three cups?" I hear you say. Then... 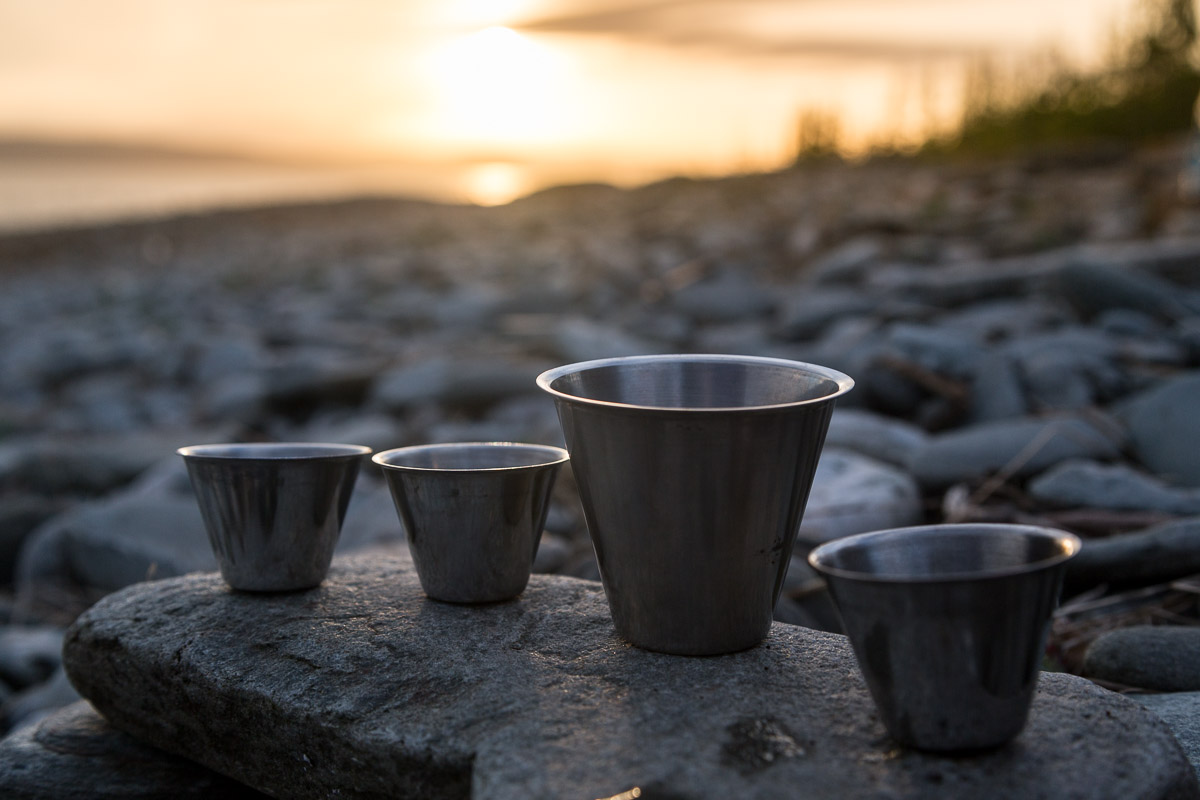 ...David produced a fourth. Guess which one was his! 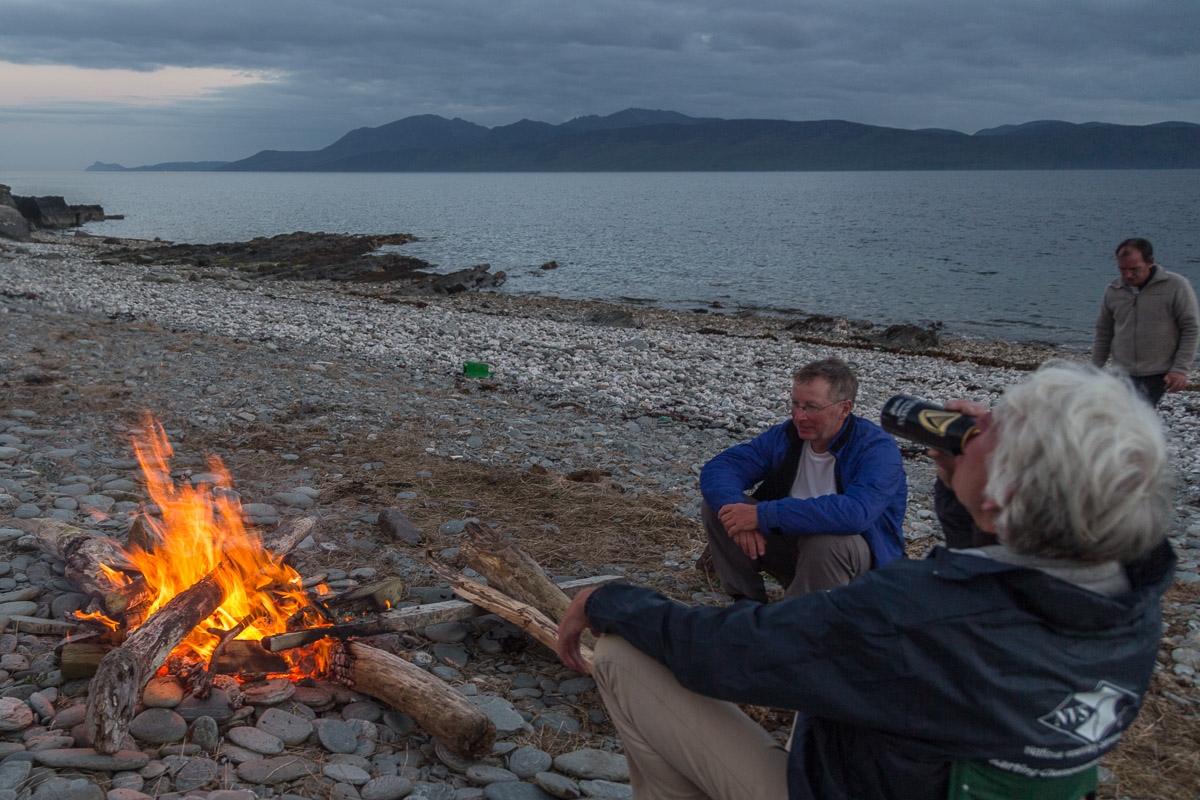 As the night wore on we enjoyed many of David's shaggy dog stories but it was thirsty work laughing and fetching more logs. 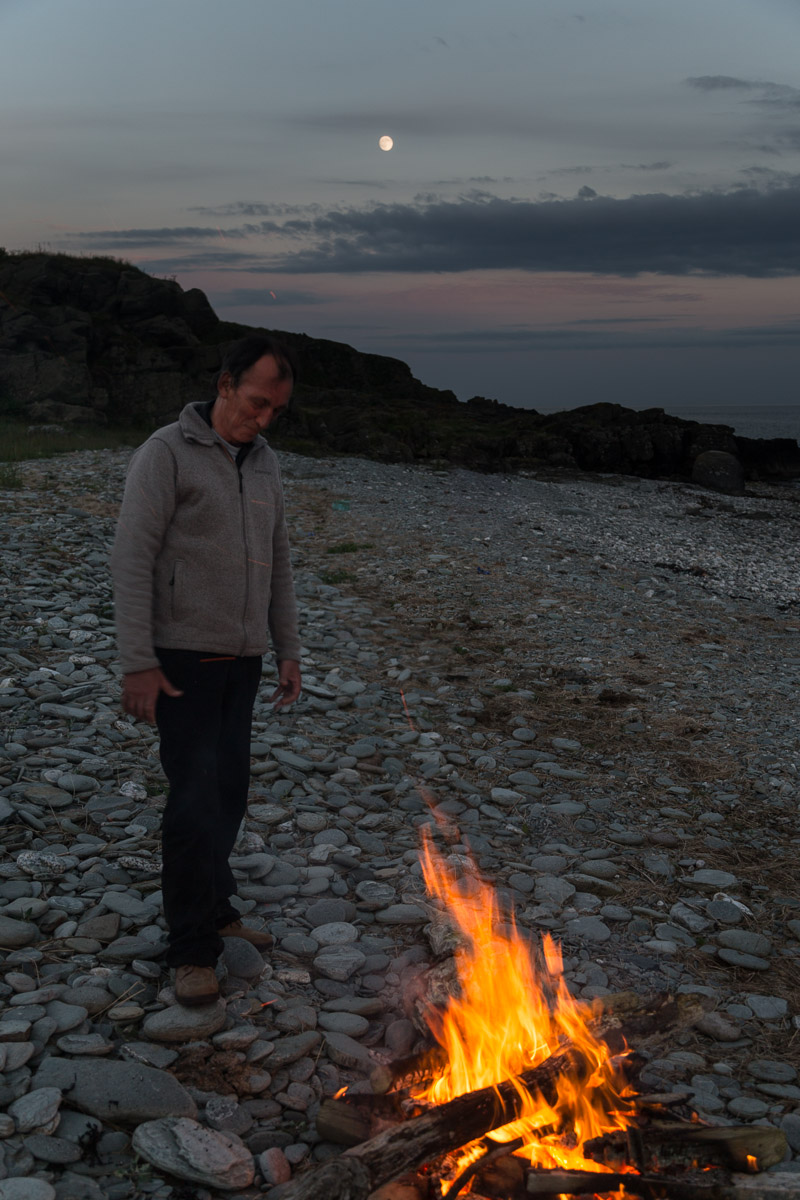 As the full moon came up the potatoes were baking in the fire and Phil was appointed official tattie howker. Life really does not get much better than this.We were totally content.
Posted by Douglas Wilcox at 10:50 am 2 comments: