Of lighthouses and lenticulars! 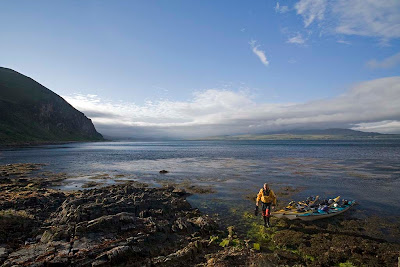 We were completely exhausted by the time we rounded McArthur's Head so we decided to take a breather by the lighthouse jetty. This lighthouse, though on the mainland of Islay, is so remote that it was supplied by sea. 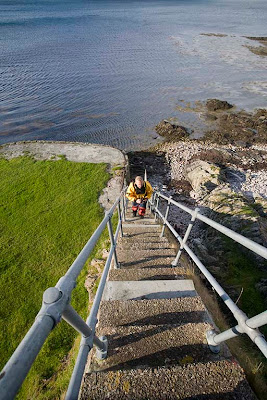 While David rested, Tony and I decided to climb up to the lighthouse. There were quite a few steps! 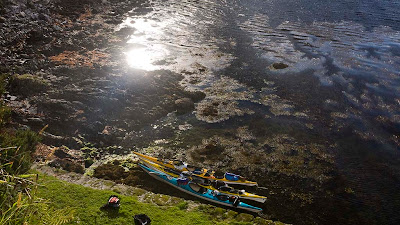 The boats were soon left far below. 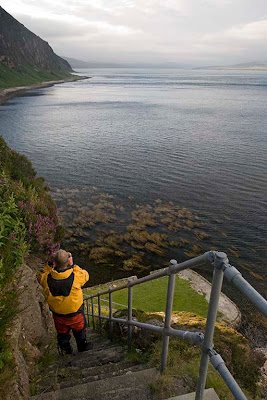 Then there were more steps and we got a great view up the Sound of Islay. 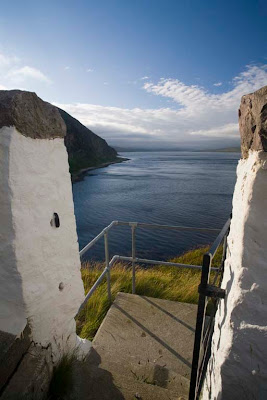 After some further steps, we finally made the lighthouse gate. We were just grateful we did not have to carry supplies on our backs, as the light keepers of old had to do.

Dougie MacDougall was one of a family of Islay boatmen who served the lighthouse. You can read more about him over on Islay Weblog. 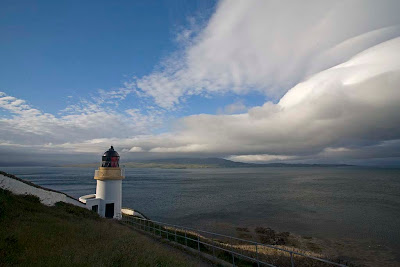 McArthur's Head lighthouse was built in 1861 by Thomas and David Stevenson. The light shows two flashes every 10s, and is red from NW to NE an white from other directions. The light is 39m above datum.

We were struck by the very unusual looking clouds which had formed downwind of the headland. 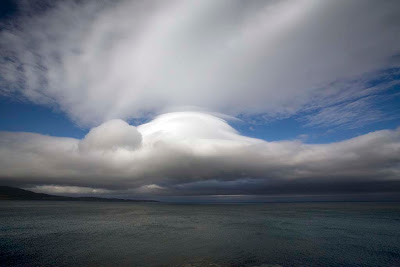 These are lenticular clouds. These are caused by warm moist air blowing over mountains and form as standing waves down wind of high ground. Once formed, air rises very rapidly round the clouds and this sucks even more wind into the system. The result is very strong winds at the surface, which is what we experienced crossing Proaig Bay. The wind would also have been accelerated down through the mountains in Proaig Glen.