The lost chapel of the islands at the edge of the Dorus Mor. 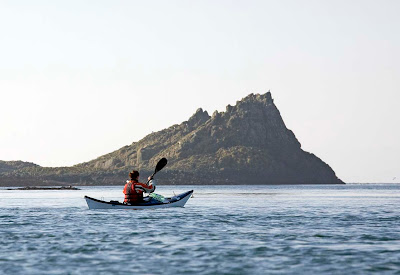 A lonely islet to the SW of Eilean na Cille.

On passing through the Dorus Mor (Great Door) tide race we paddled down the SE side of Garbh Reisa (the rough one in the tide race) and slipped NW against the tide, which was pouring through the gap between it and Eilean na Cille (Chapel Island). 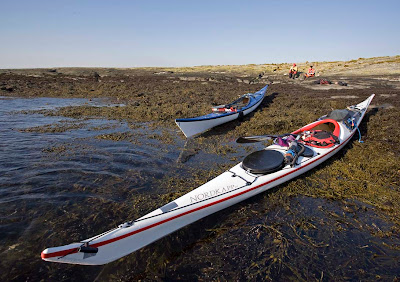 We landed on a reef to the NW of Eilean na Cille and enjoyed first luncheon in the splendid isolation of these rocky isles that are cut off from the world by the powerful tides of the Sound of Jura. Of the eponymous chapel, there was now not a trace. Even its heyday, I doubt if it would have been "standing room only" for Sunday worship. 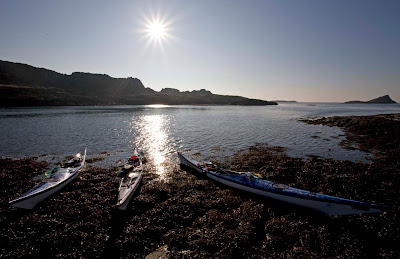 As the ebb streamed away to the south, the weak winter sun reached its zenith but after months of rain, at least we could see it!

We left these islands on the last of the ebb. Their past is now remembered only in a name.