Little and large houses by the shores of Loch Ailort. 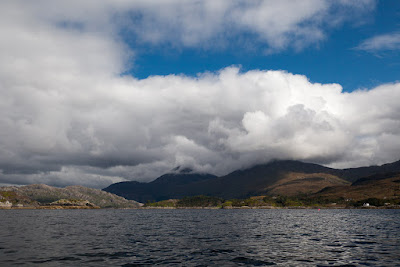 From Glenuig, Donald in his boat and myself in my kayak made our way across the mouth of Loch Ailort. 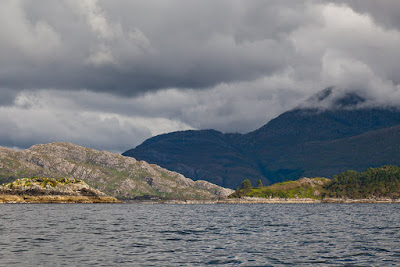 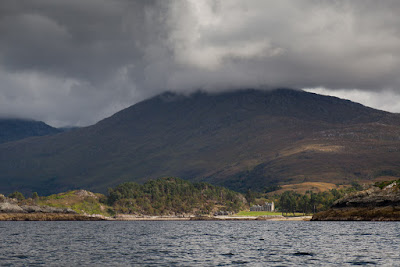 ...which rose above the eponymous estate house of Roshven. This is available as a holiday let and the Dining room sits 20. I am not sure if hirers are advised to bring their own cook as at Eilean Shona House, which we had passed earlier in the day. The house was built as a second home in 1857 for Hugh Blackburn who was professor of mathematics at Glasgow University. Academics must have been better paid in those days! 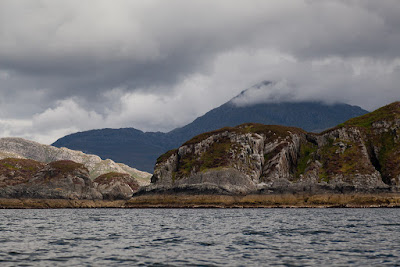 We passed to the west of Eilean nan Gobhar... 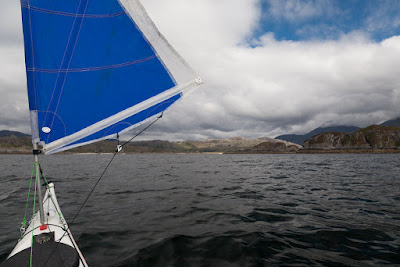 ...then on towards the Ardnish peninsula with its abandoned settlement... 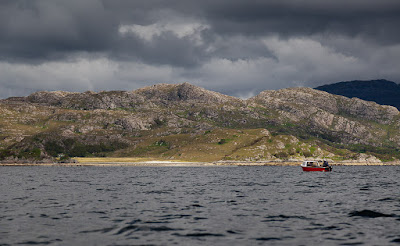 ...at Peanmeanach. Nowadays only the bothy is roofed and stands in a line of roofless black houses built on the raised beach behind the present shore. The bothy was the most recent building in the settlement and probably was the post office for the whole Ardnish peninsula. In the days when transport was by the sea this bustling place had a population of about 80. When the railway line to Mallaig, which bypassed the Ardnish peninsula, was built in 1901, the end was in sight for the few remaining crofters. 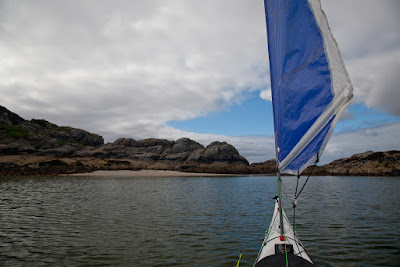 We had planned to land on the Ardnish peninsula for a second luncheon but as it was still low tide, we were tempted by this delightful little beach on Eilean a' Chaolais.
Posted by Douglas Wilcox at 7:00 am No comments: