The mouth of Loch Sween is guarded by the grim walls of the remains of Castle Sween which... 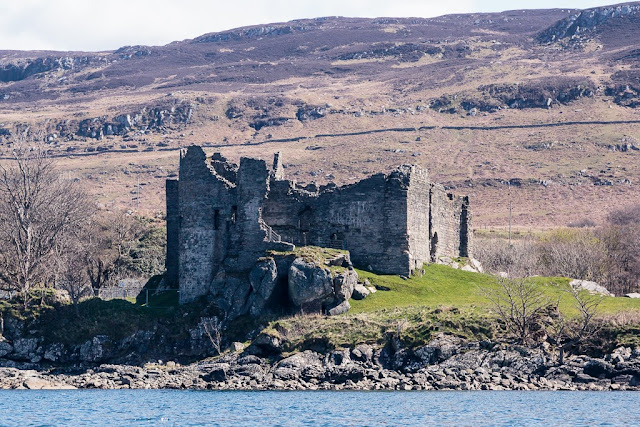 ...is one of the oldest stone castles in Scotland. I have used a great deal of artistic licence in the composition of these photos as nowadays the castle is besieged on all sides on land by serried rows of modern caravans. Little is known of the origins of the castle but it is believed to date from the late 12th century when it was built by a lord Suibhne in the Norman style. It changed hands many times before it was abandoned in the mid 17th century. However, so well was it constructed that time seems to have stood still for the castle over the last four centuries or so. 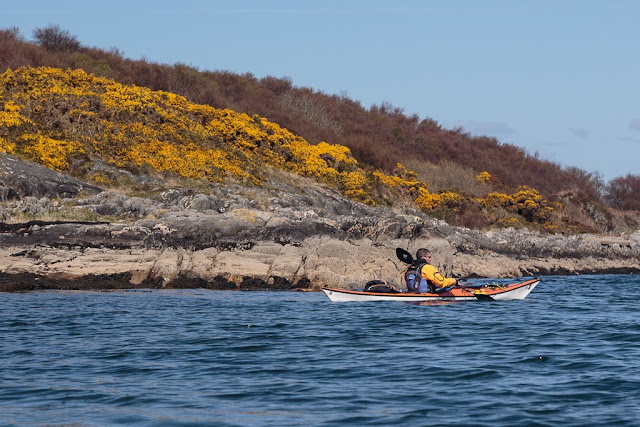 The wind from the north had increased so we crossed to the loch's NW shore to gain some shelter. The offshore wind carried the heady coconut scent of the Kokatat yellow gorse bushes. 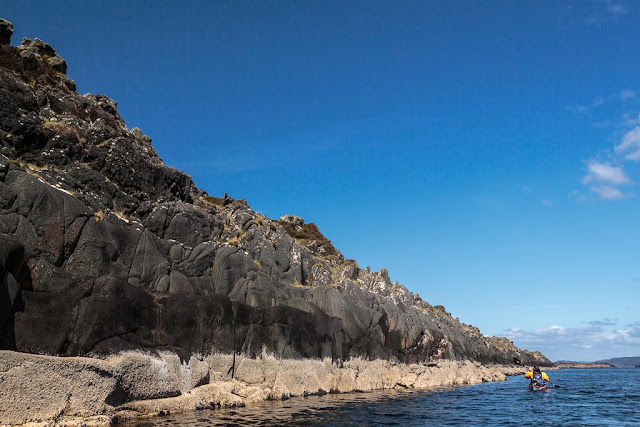 Elsewhere the shore was bare rock and the perspective of this photo emphasised the linearity of this long ribbon like loch. 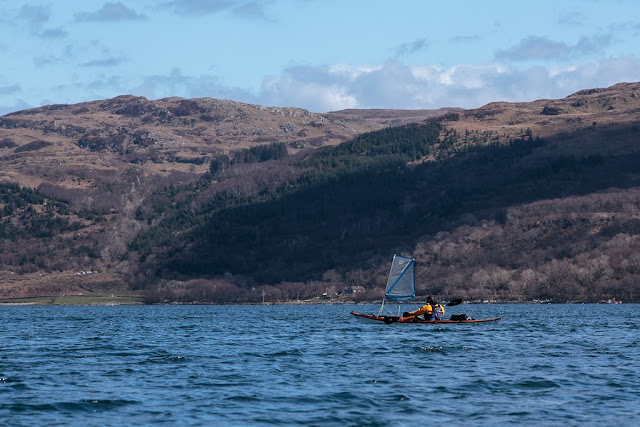 In places, the wind freed just enough to allow some close hauled paddle sailing and we crossed to the SE shore. Soon... 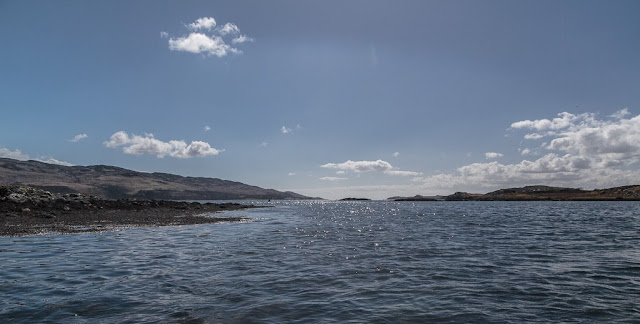 ...we had left the entrance to the loch and the Sound of Jura far behind. We were beginning to get a sense of closure on our expedition to Jura and Islay. 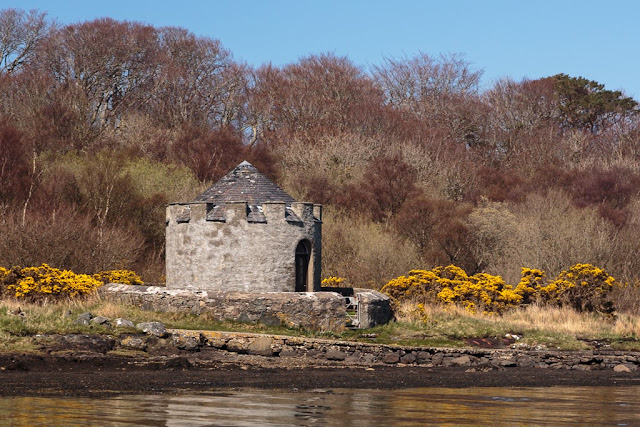 We tacked across to the NW shore again and paddled inside Taynish Island where we passed Taynish bath house and jetty. 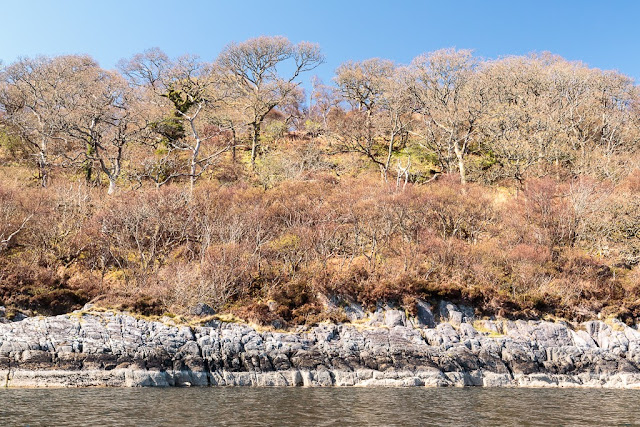 There was just a hint of the buds breaking in the deciduous trees of the Taynish nature reserve. We heard the contrasting calls of a willow warbler in the woods and a great northern diver on the water. 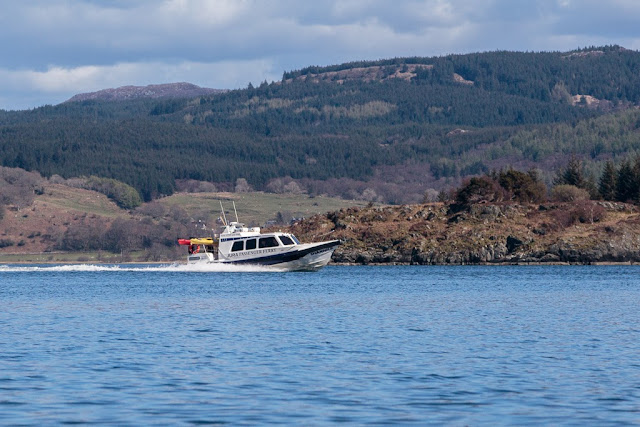 As we approached the end of our journey at Tayvallich the Shannick, the Jura passenger ferry passed on her way to Jura. two sea kayakers were hitching a lift for a trip across the Sound of Jura in much less time than we had just made. 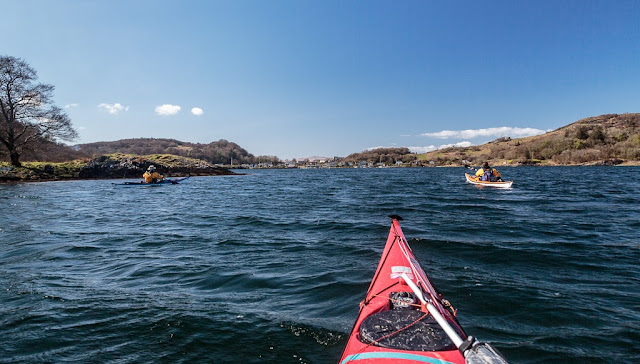 We now turned west into the sheltered waters of the natural harbour at Tayvallich where... 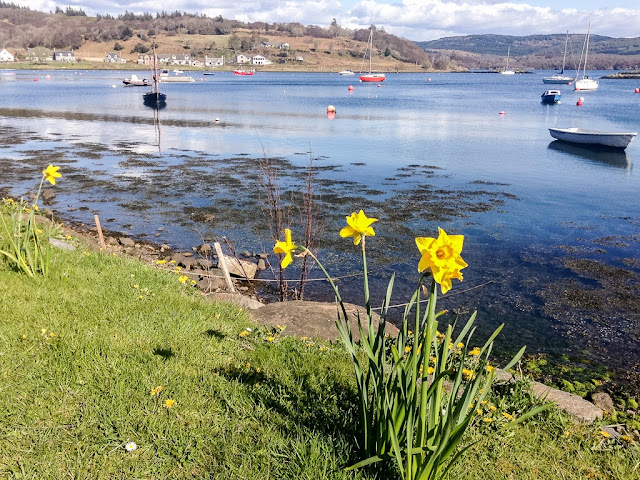 ...sheltered by the wind we unloaded the boats in warm spring sunshine before... 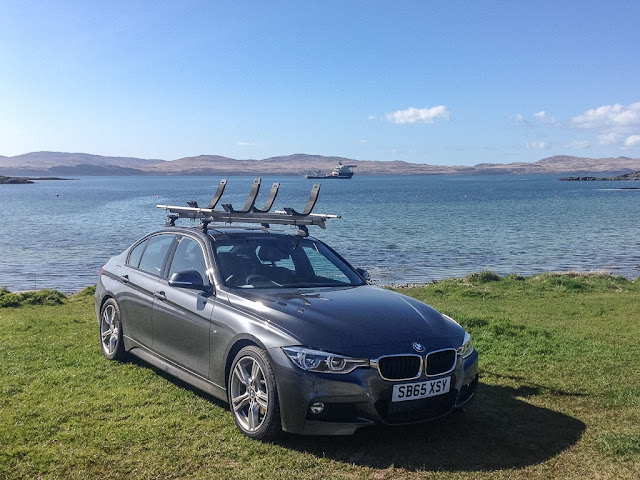 ...shuttling across to Carsaig Bay on the Sound of Jura where we had left the other car. Beyond the NLV Pharos the north end of Jura beckoned. I seemed ages ago we had set off from this spot but in reality it had only been three days. That is what I like about a good sea kayak expedition, time seems to stand still and so many things get packed in to what is actually a very brief time.
Posted by Douglas Wilcox at 9:23 am 11 comments: