Brave Buckie and the wreck of the Valkyrian 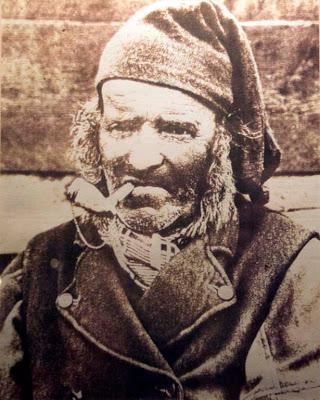 Last week we stopped off at the Anchorage Bar in Dunure on the Firth of Clyde. While we were enjoying some Guinness I noticed the above faded photograph hanging in a corner. There was no annotation but it aroused my curiosity.

While we were warming ourselves by the pub fire we got talking to one of the locals. It turns out that he lives in the recently restored cottage in the photo above.

He told us that apart from the castle, it is the oldest building in Dunure and dates from 1640. More recently, it was inhabited in the late 19th century by one William "Buckie" Munro, the man in the photo! He was one of 31 fishermen of Dunure who went to the rescue of the Valkyrian a 381 ton Danish barque which was wrecked in hurricane force winds off the coast of Dunure during a frightful storm on the night of 11th December 1883. 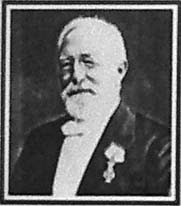 They rescued 9 of her 10 crew including her master Peter Maersk Moller (above).

No sooner had the fishermen rescued the Danes than another ship was driven onto the rocks. She was the 32 ton steam paddle tug, Iron Duke, which had come to assist the doomed Valkyrian. Again Buckie and the men of Dunure threw themselves into the breaking seas and succeeded in rescuing five of the Iron Duke's crew. Her master, Captain McBride, was lost leaving a widow and five children.

The Valkyrian's bell was salvaged by Buckie after the storm. It remained in the cottage at 1 Habour View, Dunure for many years before being passed to Buckie's descendants.