All sorts of things on the go at Brown Head, Arran. 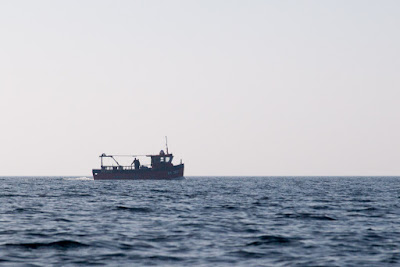 Shortly after leaving Drumadoon Bay we passed the Rebecca R  (RX 383) which seemed to be fishing very close inshore. At first I thought she might be fishing for razor clams but I thought it strange that a small trawler registered in Rye, on the English SE coast had come all the way up here. It turns out she is a fishing research vessel used by CEFAS for young fish surveys. 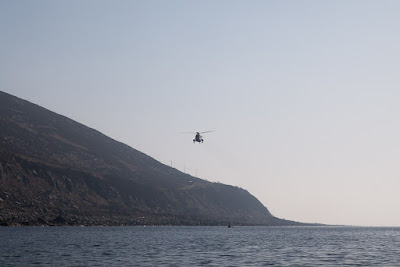 We continued south towards Brown Head which is another geological sill dating from Tertiary times. The modern day road traverses a raised beach, which is now 30m above present sea level. 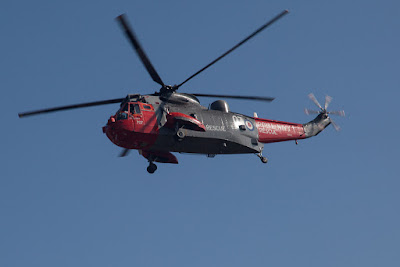 707 is one of three Sea King Mk5 search and rescue helicopters based at HMS Gannet in Prestwick. She did the helicopter equivalent of waggling her wings as she passed over. 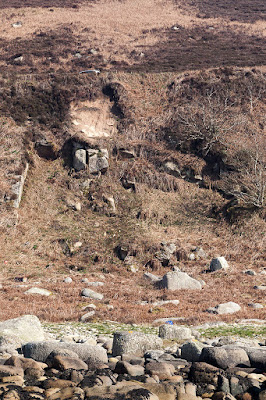 Continuing round Brown Head, signs of continuing erosion are frequent. We were not sure if this car was fully aware of what was (or was not) beneath its wheels. 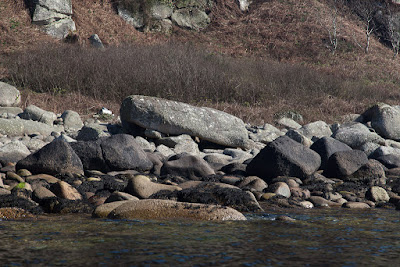 Over the millenia, large granite boulders had tumbled down the slopes and made the beaches here almost impossible to traverse. 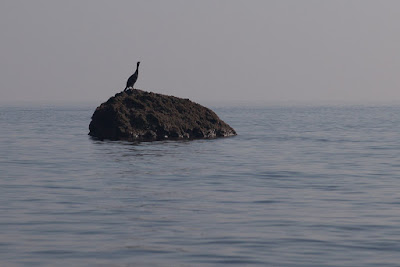 Some larger boulders had even bounced out to sea, where they performed as convenient cormorant perches.
Posted by Douglas Wilcox at 8:03 pm No comments: