Full bore in the Sound of Jura. 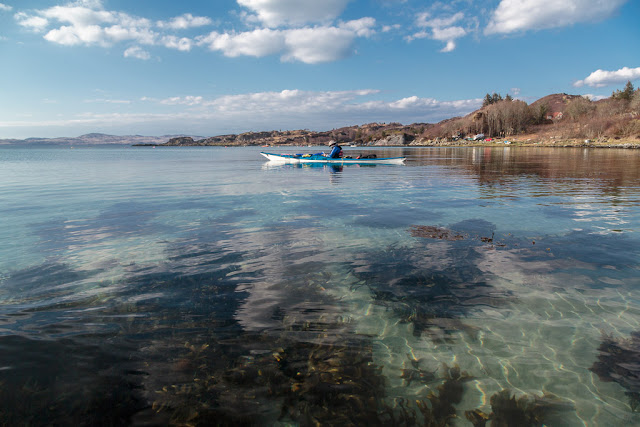 Mike kindly ran me from Oban to Carsaig Bay where we met Tony at 1630. We were bound for a circumnavigation of the south half of Jura.  This would involve a portage from Tarbert Bay on the east coast to West Loch Tarbert (Jura) on the west coast. We bid farewell to Mike and were on the water by 1730. We had 15km to go but this was the Sound of Jura and the tide was ebbing to the SW which would give us a considerable push. 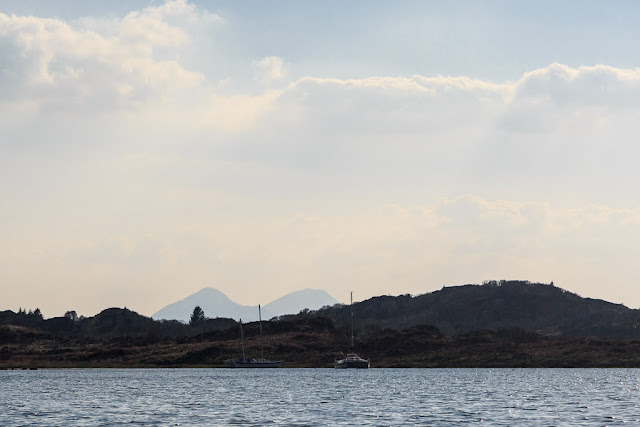 As we paddled out of Carsaig Bay we caught sight of the distant Paps of Jura. Our route would take us on a wide circumnavigation of these peaks. 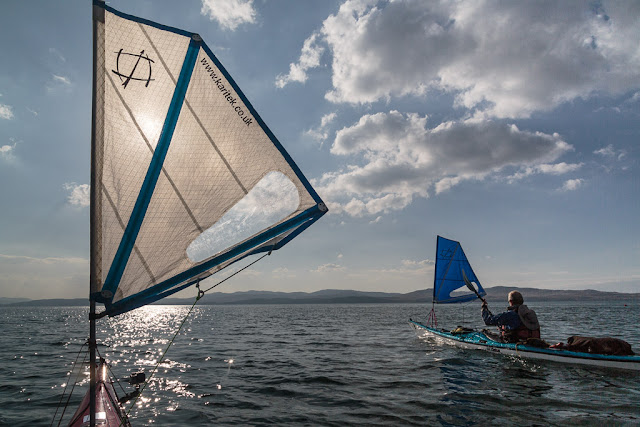 We even had a little breeze to assist our passage  and we soon travelling at the heady speed of 10 to 12km/hr. 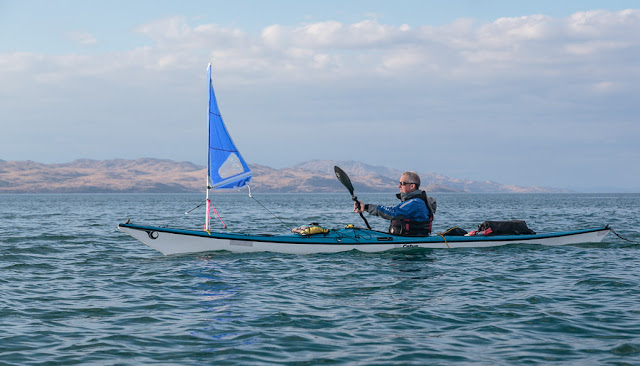 Away to the north Scarba loomed above the north end of Jura and the great Gulf of Corryvreckan. 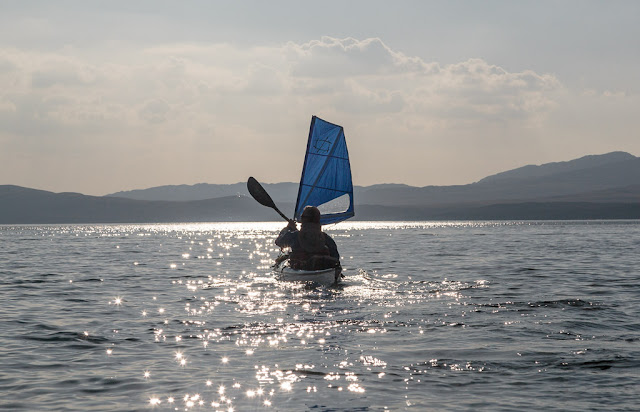 We were heading for the lowest point on the Jura skyline but had to divert at right angles to the course of the very rapidly approaching... 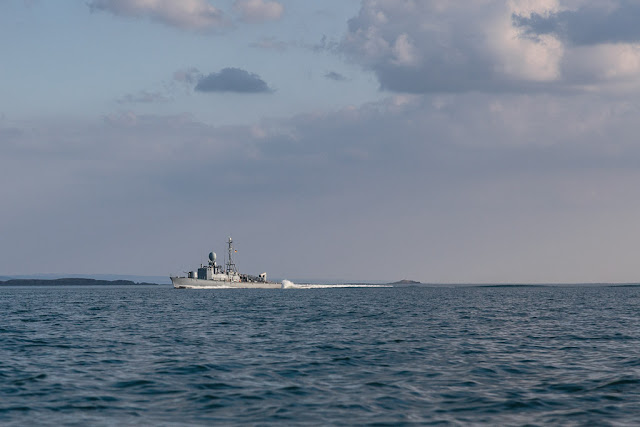 ...S73 Hermelin a German Navy Schnellboot, which was making her way up the Sound of Jura at high speed. Her 4 diesel engines give her a top speed of 40 knots so we had to paddle quite hard until we saw her port side and could relax. 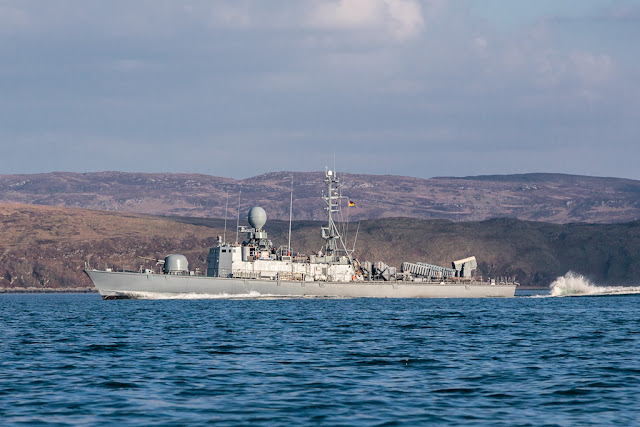 S73 Hermelin was wearing her NATO pennant number P6123 as part of the Joint Warrior exercise. 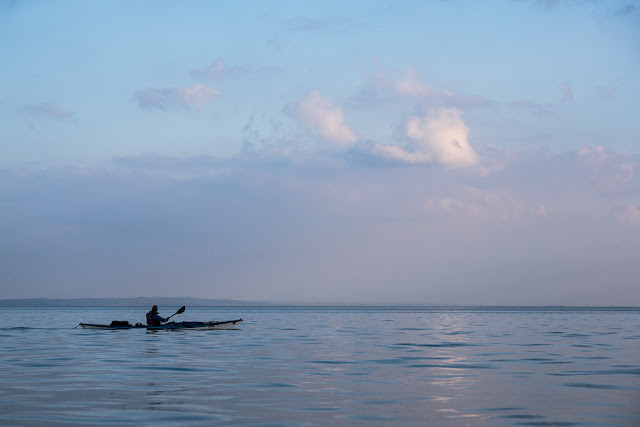 Thankfully she was going so fast that the racket of her engines soon disappeared leaving peace in the Sound of Jura once more. 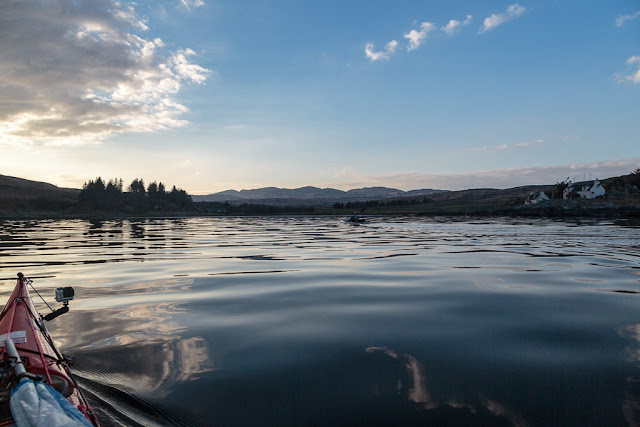 An hour and fifty minutes after leaving Carsaig Bay we arrived at Tarbert on Jura. 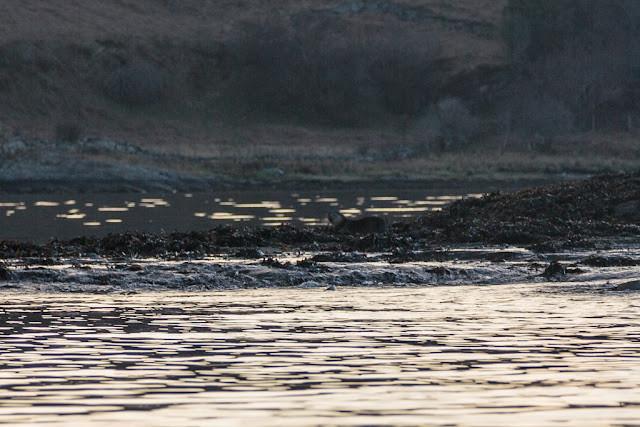 We were welcomed by a large dog otter. 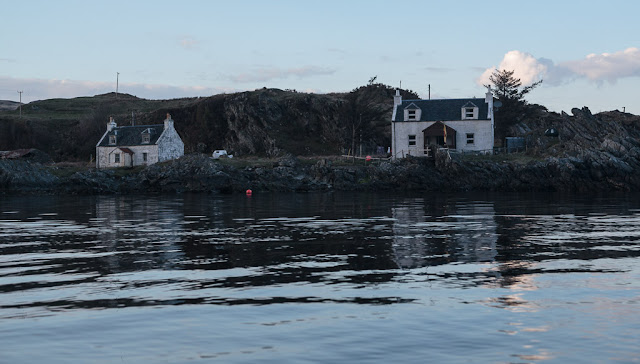 Tarbert is not a big place and we saw more otters than people as.. 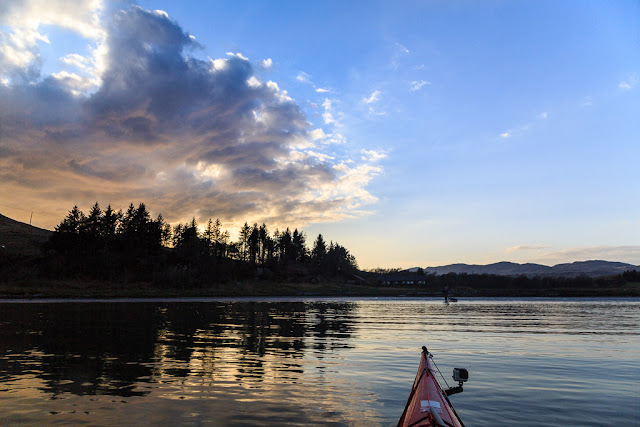 ...we paddled into the head of the bay at the end of the day.
Posted by Douglas Wilcox at 9:49 pm 4 comments: