Enough crank to give flexible action! 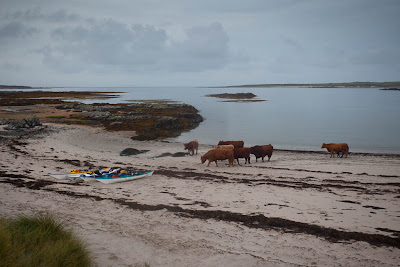 On our first morning on Oronsay, we were awoken by the lowing of Luing cattle as they ambled along the strand, picking at tasty morsels of sea weed. In the distance we could just make out the distant hills of Donegal in Ireland.

One by one the whole herd, including the bull and the calves, scratched their heads on the bows and sterns of our kayaks. The breed guidelines have some interesting criteria. Bulls should have a "minimum 38cm scrotal circumference" and "enough crank to give flexible action". I decided not to investigate if this bull was a prime example of the breed and kept a very respectable distance! David, despite his professional interest as seakayakphoto.com's staff vet, stayed firmly in his sleeping bag. 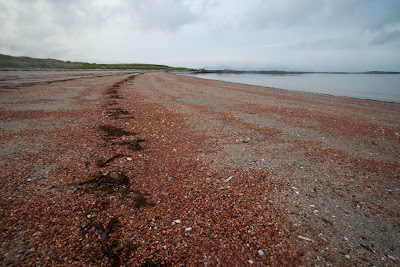 It was not just the fine red Luing cattle that gave the beach a reddish tinge... 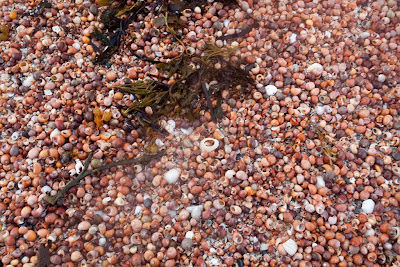 ... it was covered in red periwinkles, which despite their lack of girth, seemed to have enjoyed considerable breeding success.
Posted by Douglas Wilcox at 10:39 pm 3 comments: