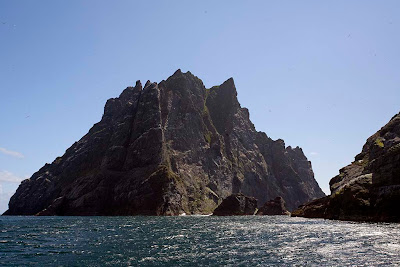 Cuma now made her way down the east coast of Boreray. As we entered the shade of her high cliffs, a chill descended on our mood. We knew we were shortly to return to Harris and leave the enchanted archipelago of St Kilda in the middle of the dreaming ocean. 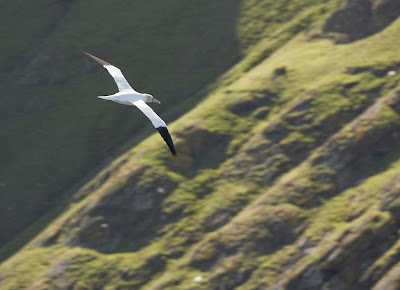 In reality, the St Kildans lived brutally tough lives there was little romance about their survival or their eventual evacuation. The whole island history has been viewed through the rose tinted spectacles of Victorian tourists. Because the islanders were the remotest community in the British Isles and their economy was based on shared labour without money,they were seen as a utopian curiosity. As a result, their decline and fall was well documented but any seakayaker who has spent time exploring the Scottish coastline will have found dozens of other abandoned settlements. Their residents have no history, no names, no photographs and no rows of books on library shelves dedicated to their lives and times. The only testaments to their existence are a few piles of moss covered stones.

Both my wife and I, who are urban Scots, have ancestors who lived in the isles. My mother's family abandoned their croft on a Scottish island and came to Glasgow in the 1860's, before the stone cottages on St Kilda were built and 70 years before it was evacuated! The reason the St Kildan's survived so long, was the birds. The harvest of the sea fowl made the St Kildan's lives easier than those of many of their peers on the Hebrides and remote mainland coasts. 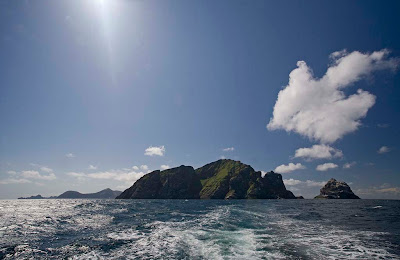 Cuma now turned her bow towards Harris and slowly... 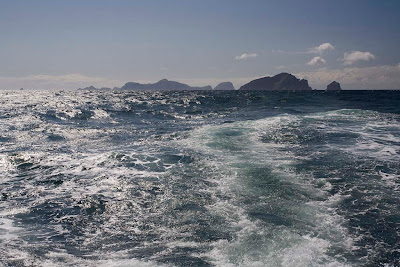 ... the jagged cliffs and peaks of the St Kildan archipelago... 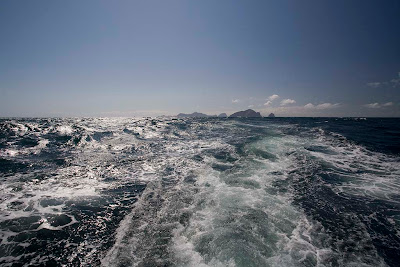 ... slipped away below the western horizon.

We could, of course, choose to return any summer and I am sure we will. For most of the St Kildans, who were evacuated on that day in 1930, it was to be different. Theirs' was a final farewell, as the peaks of their island home were swallowed by the empty flatness of the Atlantic Ocean. 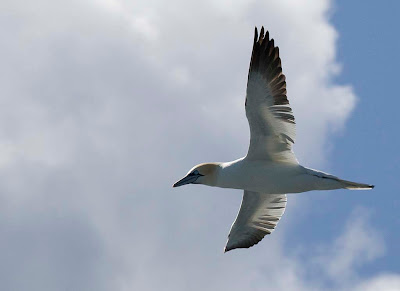 Soon the only evidence, of this land at the edge of the World, were the gannets. They all flew in the same direction, back towards distant rocky ledges and their hungry chicks. 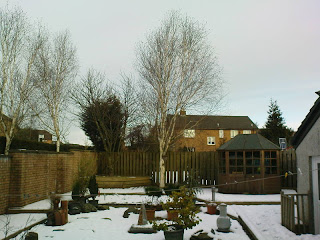 No seakayaking today!
Posted by Douglas Wilcox at 10:14 am No comments: