Sea kayaking Ardnamurchan to the Cairns of Coll. 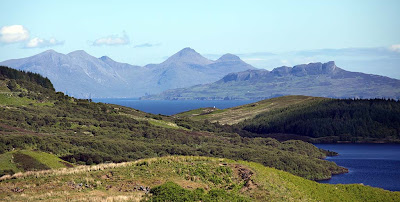 We drove over the summit of the Ardnamurchan peninsula 4.5 hours after leaving Glasgow. The Cuillin of Rum and the Sgurr of Eigg boldly broke the blue vault of the sky. 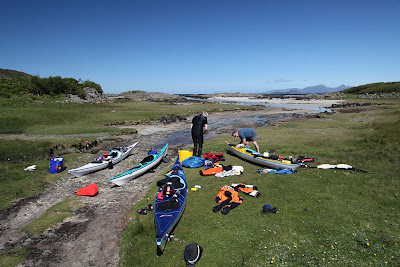 We loaded our gear at Portuairk as quickly as we could... 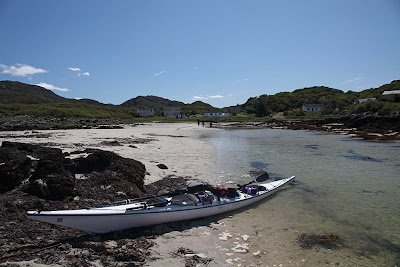 ...as the tide was ebbing fast. 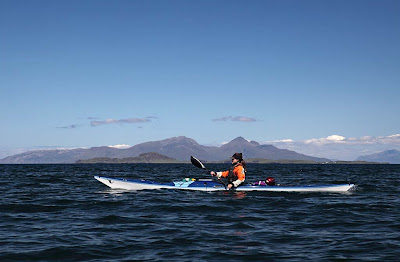 Soon we were on the water with Muck and Rum to the north. 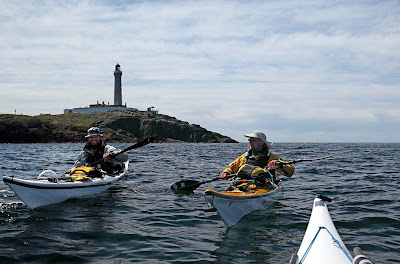 As we approached Ardnamurchan we met two sea kayakers coming the other way. We were delighted to meet with our regular paddling buddies, Gavin and Tony, who were nearing the end of their Kayak Caledonia expedition. They had covered 770km but amazingly we had been the first kayakers they had spoken to! 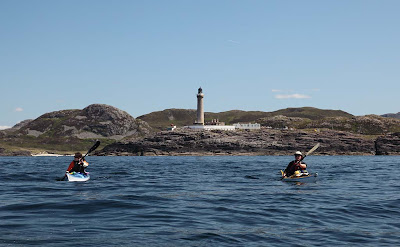 After a very pleasant half hour catching up on each others news, we went our separate ways. Tony and Gavin headed for a 2 hour snooze on the beach to the left of the lighthouse. They then went on to complete a 60km day from the Sound of Mull to Loch Moidart. We turned our bows to the distant Cairns of Coll. 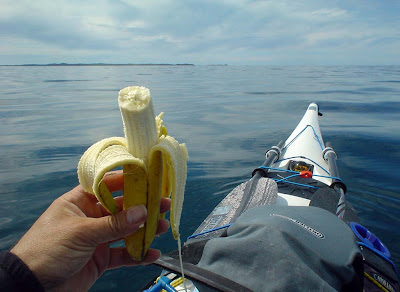 A banana is a great pick me up on a 17km crossing. 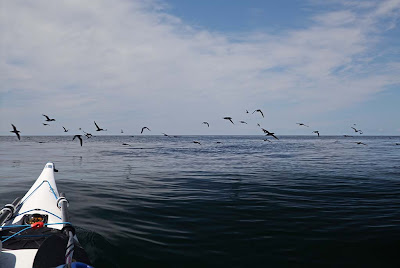 In mid channel we were surrounded by a blizzard of Manx shearwaters who wheeled round us with wingtips flashing past our bows. 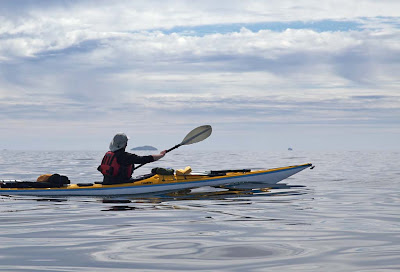 Jim looks SW to the tops of the distant Treshnish Isles that were "hull down" below the horizon. 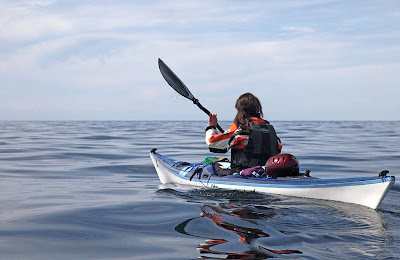 P&H have very kindly lent me a new Cetus to try. It is beautifully finished with a glitter blue deck. Jennifer blagged first go. I will post a review once I have tried it in a variety of conditions. You can rest assured that it will be unbiased as I have 4 very nice sea kayaks in my garage and so did not "need" another to go paddling!

I expected it to be bigger than my beloved Quest but it is a much more delicately proportioned kayak. I like the look of it a great deal.