Two piers, a lion and a smokeless chimney 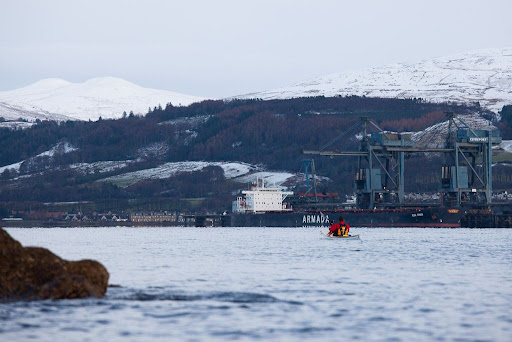 From Millport Bay, on Great Cumbrae's south coast, we rounded Farland Point and entered the the Fairlie Roads channel. On the far side of the channel, the bulk carrier Wah Shan had wasted no time and was now discharging her cargo of coal (at 2400 tons per hour) at the Clydeport ore terminal. The deep water pier is 1.5km long and was opened in 1979. 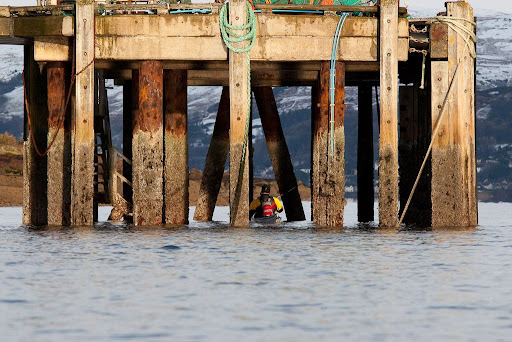 On the Cumbrae side, Alan paddled under the much older Keppel Pier, which was one of the piers that served Great Cumbrae until the roll on/roll off slipway was built at the north of the island. It was built from wood in 1888. Nowadays the passengers are all gone and it serves as a support for a sea surface temperature monitoring device. 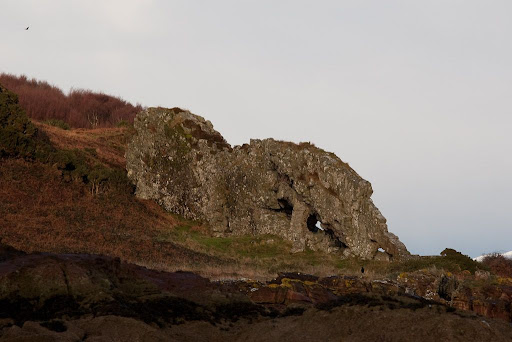 Just north of Keppel Pier, Lion Rock is a basalt dyke, which forced its way through the surrounding Old Red sandstone rocks. 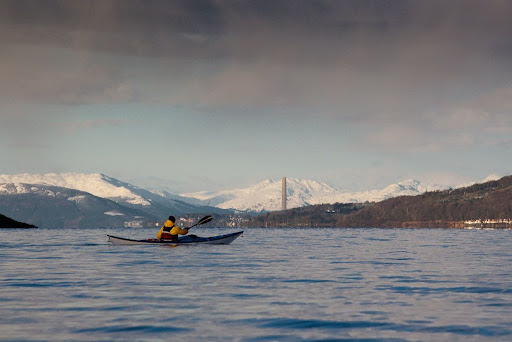 To the north, the Cowal mountains were all covered by snow and at sea level, the Toward lighthouse was dwarfed by the disused chimney of the mothballed Inverkip oil fired power station. 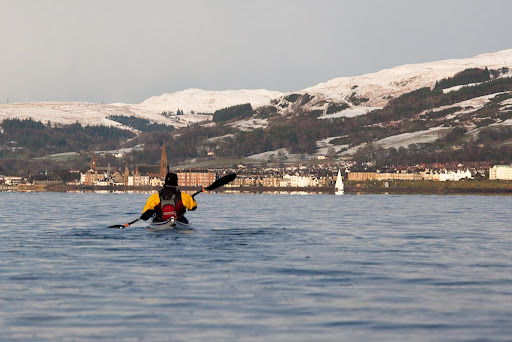 The buildings of the town of Largs gradually took shape and we were nearly home.
Posted by Douglas Wilcox at 2:01 pm No comments: